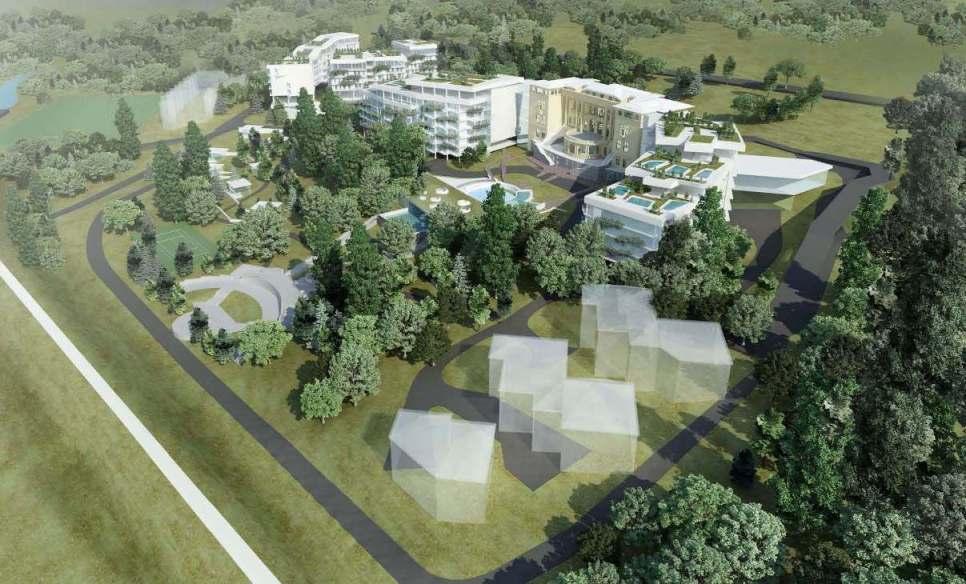 Swissôtel Hotels & Resorts is to add another Russian hotel to its portfolio: the international hotel chain with Swiss roots has signed a management contract for a deluxe hotel in the Russian city of Sochi. Sochi is renowned as a beach destination and due to the nearby Caucasus Mountains has been chosen as host city for the 2014 Winter Olympics. From then on the city will also host the Russian Formula 1 Grand Prix for ten years. Swissôtel Hotels & Resorts already has a presence in Russia, having run the highly successful Swissôtel Krasnye Holmy, Moscow, for many years, and soon guests of the hotel chain will also have the opportunity to stay in a beach resort in Sochi. “200 deluxe rooms and Suites, several restaurants and bars, 1000m meeting space as well as a Pürovel Spa are planned for the new hotel,” explains Meinhard Huck, President Swissôtel Hotels & Resorts. “Most of our company’s hotels are primarily city hotels in large metropolises, but the Swissôtel Sochi Kamelia will be a beach resort in a wonderful park with old trees and a private beach. I am sure individual tourists and business travelers will feel at ease here likewise.” The new hotel will be a reconstruction of a historical building in connection with two modern side wings – the opening is expected by 2013. The owning company of the future Swissôtel Sochi Kamelia is the 1993 founded OAO Sistema-Hals, a real estate and development company, which has realized more than 40 large-scale projects with a total area of over 400’000m, having become an inseperable part of the urban image of the Russian capital. In 2006 OAO Sistema-Hals was the first one among Russian developers to list in the Main Market of the London Stock Exchange – currently, the development portfolio of the company includes about 80 projects. “Swissôtels will ensure a high level in service and management for this distinguished property and certainly set a positive trend within the hospitality business on the Black Sea coast”, says Evgeny Borkin, Vice-President and Head of the Business Development & Strategy Department at OAO Sistema-Hals. Sochi is located on the eastern coast of the Black Sea in the southern Russian province of Krasnodar and attracts about 4 million holidaymakers a year from Russia and increasingly also from abroad. The warm climate and the scenic views over the snow-capped mountains of the Caucasus are the key attractions of the holiday resort, which is popular with Russian socialites. As snow continues to lie in Krasnaya Polyana, 70 km away, up until June, it is easily possible to combine a beach holiday with the occasional skiing trip. Krasnaya Polyana is to be the main venue for outdoor events at the 2014 Winter Olympics, while all the indoor events will take place in Sochi city.Swissôtel Hotels & Resorts is a distinctive group of deluxe hotels for today's discerning business and leisure travellers, combining the renowned Swiss touch with a fresh, contemporary and modern design.For more information, please contact:Susie Lim-Kannan Director Media Relations, Asia Pacific Tel: +65 6496 1236 Email:susie.lim-kannan@swissotel.comSwissôtel Hotels & Resorts 250 North Bridge Road #10-00 Raffles City Tower Singapore 179101

You can edit or delete your press release Swissotel Sochi Kamelia: Management Contract For Resort Hotel On The Russian Black Sea Coast here