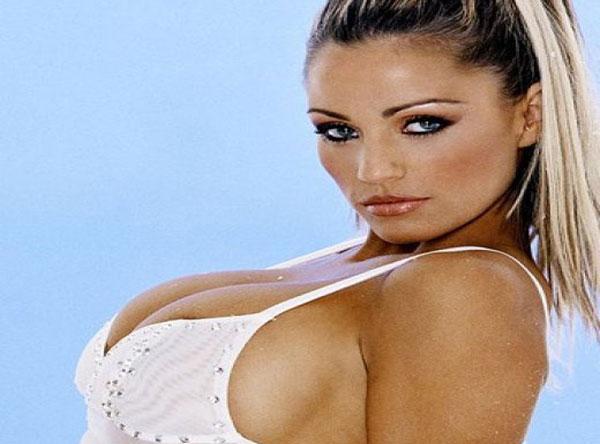 Ex-glamour model Jordan [real name Katie Price] is selling the £3million (US$ 4.85million) mansion she shared with her estranged cage fighter husband, Alex Reid.According to reports, Jordan wants to get rid of the property in Surrey, England fast and she has already instructed her real estate agents to sell as quickly as possible.Jordan met Reid, a mixed martial artist and actor who is often referred to as ‘Rocky’, in 2009 and they married in Las Vegas in February last year. However, In 2009 Jordan revealed that Reid liked to dress up as a woman called ‘Roxanne’ - something which may have contributed to their break-up.Jordan and Reid separated in January of this year, after just eleven months of marriage.When news broke of their split earlier this month, Reid briefly moved out to stay with his parents, but he has now moved back in and is, apparently, refusing to leave. Since the brief stint at his parents, Reid has been staying in a separate part of the Surrey mansion, whilst Jordan is staying with friends in Switzerland.Once the couple’s Surrey mansion has been sold, Jordan is planning to move to a ‘secret country location’ in West Sussex.Jordan’s new £2million (US$ 3.2million) home will have five bedrooms, a drawing room, a dining room, a family room and stables for her horses.Article source... http://blog.oceanvillasgroup.com/jordan-sells-surrey-mansion/Rebecca Smith Ocean Villas Group - http://www.oceanvillasgroup.comRebecca Smith is a real estate journalist with more than 15 years experience. She is currently the sales director for Ocean Villas Group (http://www.oceanvillasgroup.com) who specialise in luxury ocean view property investments worldwide.For more Investment news... http://blog.oceanvillasgroup.comLevel 31, 6 Battery Road, Raffles Place, 049909, Singapore