China is committed to efficiency 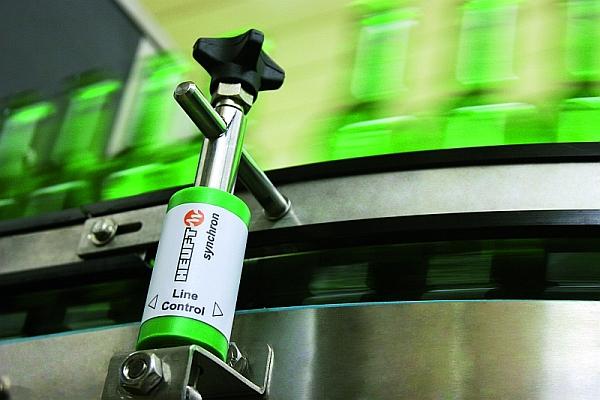 01-24-2013 | Industry, Real Estate & Constr …
HEUFT SYSTEMTECHNIK GMBH
Detecting more when inspecting confectionery
Detecting safety and quality defects during the production and packaging of confectionery and rejecting the products in question in time: this is even more reliable now with the three X-ray systems which HEUFT SYSTEMTECHNIK GMBH will be presenting on Stand C-069 in Hall 10.1 of the ProSweets COLOGNE 2013 exhibition due to image processing of the latest generation and many other current improvements. In addition HEUFT will be
11-12-2012 | Industry, Real Estate & Constr …
HEUFT SYSTEMTECHNIK GMBH
Brau Beviale 2012: Simply detecting more
From the returned case inspection to the label inspection: HEUFT will be showcasing almost the total range of systems and tools for the in-line quality assurance of product and packaging as well as the optimisation of the efficiency of entire filling lines on Stand 5/309 at the Brau Beviale 2012 exhibition in Nuremberg, Germany. Innovations which simply detect more such as the HEUFT InLine IXS X-ray empty bottle inspector and
07-07-2011 | Industry, Real Estate & Constr …
HEUFT SYSTEMTECHNIK GMBH
"Leave nothing to chance"
The Paulaner brewery in Munich has completely renovated one of its returnable lines. HEUFT has brought the whole area between the washing machine and the filler up to date with the latest technological developments within the framework of this major project. With success: the equipment which has been installed ensures a dynamic, harmonious and quiet container transport as well as a supply of empty bottles which are
12-30-2010 | Industry, Real Estate & Constr …
HEUFT SYSTEMTECHNIK GMBH
Food safety: does a metal detector suffice?
Those who use a metal detector for checking food for foreign objects take the risk of "overlooking" many a threat to product safety. Food producers with the HEUFT eXaminer XB are on the safe side: the new top-down inspector offers a maximum amount of detection reliability and identifies considerably more than just metal contamination. An end of line system for the specific detection of foreign objects is indispensable when

10-24-2018 | Business, Economy, Finances, B …
Global Atetstation
China Attestation
China is a growing Asian country and day by day many people migrate into the country for pursuing their personal needs. But going into China is not an easy task, we have to face some legal steps ahead. Let us define all this legal action in a single word China attestation. China government placed its embassies all over the world for ensuring the trustworthiness of the immigrant’s certificate. There
08-01-2017 | Health & Medicine
ReportsWorldwide
Energy Drinks in China
ReportsWorldwide has announced the addition of a new report title Energy Drinks in China to its growing collection of premium market research reports. Energy Drinks in China industry profile provides top-line qualitative and quantitative summary information including: market share, market size (value and volume 2011-15, and forecast to 2020). The profile also contains descriptions of the leading players including key financial metrics and analysis of competitive pressures within the market. Synopsis: Essential resource
06-05-2017 | Business, Economy, Finances, B …
ReportsWorldwide
Land Right in China
ReportsWorldwide has announced the addition of a new report title Land Right in China to its growing collection of premium market research reports. Land circulation is a very important policy in China, playing a positive role in promoting the development of modern agriculture. And it will be possible for China to transform from household contract and planting by scattered small farmers in the past to large-scale plant, which has a significant
05-29-2017 | Advertising, Media Consulting, …
Color Steel Tile Market
Global Color Steel Tile Market 2017 - South China, East China, Southwest China, …
Color Steel Tile Market Research Report A market study based on the " Color Steel Tile Market " across the globe, recently added to the repository of Market Research, is titled ‘Global Color Steel Tile Market 2017’. The research report analyses the historical as well as present performance of the worldwide Color Steel Tile industry, and makes predictions on the future status of Color Steel Tile market on the basis
04-11-2017 | IT, New Media & Software
Big Market Research Report by BMR
Telecom Cloud Billing Services Explore In Regions (South China, East China, Sout …
Big Market Research has added a report, titled, “China Telecom Cloud Billing Services Market Size, Status and Forecast 2022.” The report offers an extensive information and analysis of sales, production, revenue, key manufacturers, drivers & opportunities, and competitive scenario. Moreover, current industry trends and growth prospects are explored along with thorough analysis of each segment for the historic period, 2012–2017 and the forecast period, 2017–2022. The research also offers insights
04-28-2011 | Fashion, Lifestyle, Trends
Image Unlimited Communications
China Blossom Restaurant & Lounge
China Blossom Restaurant & Lounge Debuts in 2011/2012 Zagat (Greater Boston, MA) – Each year the Zagat Survey shares the opinions of thousands of avid consumers, with real experiences, giving people the power to make smart dining decisions. This year, China Blossom Restaurant & Lounge, located in North Andover, MA, made its debut in the newly-released 2011/2012 Zagat Survey. Released on Wednesday, April 27th, 2011, the famed Zagat survey chronicles
Comments about openPR
OpenPR is clearly structured and remains true to its principle of confining itself to the essential parts. OpenPR has proven to be a very good and reliable partner to our media agency: Within the shortest time the releases are online and go down well with the media representatives. The success of OpenPR is reflected in the steadily increasing number of press releases. It is good that OpenPR exists!
Ursula Koslik, Director Marketing & PR, F+W Hamburg