F1's Bernie Ecclestone splashes the cash for his ladies 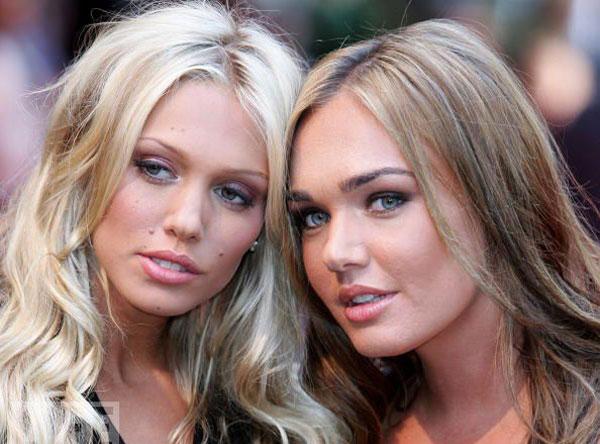 Bernie Ecclestone, Formula One Supremo and CEO of Formula One Motorsport, has recently purchased two London properties for his daughters.According to a recent report, Bernie Ecclestone paid a total of £101 million (US$ 161.4 million) to acquire two of Londoon's most expensive properties for his daughters Tamara and Petra.Ecclestone's daughter Petra received a £56 million, grade two listed, eight-bedroom house in Chelsea, named Sloane House. Whilst Ecclestone's other daughter Tamara received a £45 million ($US 72 million) house in Kensington Palace Gardens.Ecclestone is quoted by U.K. paper The Sunday Times saying; "I'm very proud of them. They're good girls. They're not stupid when it comes to money. They are very level headed and that's something I and their mother insisted on. At Christmas we bought them things we thought they needed and would use.""They've both got boyfriends, they travel, and renovating a property will be good work for Tamara. There won't be a housewarming party for a while because there's a lot of work to do, but that's good. It will keep her busy and it will be a good project for her to learn from. I think they will even be able to make a healthy profit when they come to sell," he added.Ecclestone, whose divorce settlement with ex-wife Slavica in 2009 cost him a reported £1 billion (US$1.6 billion), was also asked whether he would be retiring as Formula One CEO at any time soon."I'm not taking it easy. I can't afford to take it easy. It's business as usual," he said.Perhaps the comments are justified if his recent presents to his daughters are anything to go by.Rebecca Smith Ocean Villas Group - http://www.oceanvillasgroup.comMore OVG news..... http://blog.oceanvillasgroup.comLevel 31, 6 Battery Road, Raffles Place, 049909, Singapore

07-25-2011 | Industry, Real Estate & Constr …
Ocean Villas Group Pte. Ltd.
Ecclestone buys Aaron Spelling property in Los Angeles for US$85 million
Petra Ecclestone, the daughter of F1 Supremo Bernie Ecclestone, has bought the Los Angeles home of Amercian film and television producer, Aaron Spelling. The twenty two year old fashion designer paid a reported US$85 million for the US property. Spelling bought the house from singer and actor Bing Crosby in 1983. The ‘Starsky and Hutch’ producer then demolished Crosby’s home and built his 5,300m2 mansion in its place. The property, known as
Comments about openPR
I can't but agree to the positive statements about your portal: easy to use, clear layout, very good search function, and quick editing!
Jens O'Brien, Borgmeier Media Communication