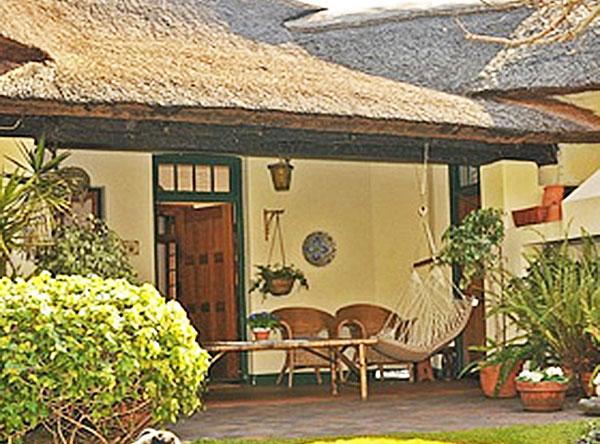 The former Johannesburg home of Mahatma Gandhi is on the market and Coal India Limited, an Indian state controlled company based in Kolkata, are making their second attempt to buy the South African property.Mahatma Gandhi travelled to South Africa in 1893 to handle a legal case in Pretoria and moved to Johannesburg in 1903.After living in rooms behind his office on Rissik Street, Johannesburg for some time, Gandhi moved into the house at 34 Grove Road Gandhi lived at the house for three years in the early 1900s; the property belonged to Ghandi’s business partner, Henry Pollak. Coal India’s first attempt to buy the Gandhi property came in August 2009 when company officials realised it was up for sale. Subsequently, the owner decided to sell to another buyer but the sale fell through as the property was not officially registered.Now the Gandhi property is fully registered and back on the market.India’s coal union minister, Sriprakash Jaiswal, who also represents Coal India, is scheduled to visit the property in Johannesburg soon to try and secure a deal."The owner of the house has expressed her willingness to talk to us regarding our proposal to buy Gandhi's house and build a memorial there. I will leave for official work in Mozambique and South Africa on January 4 and will talk to her during my visit to Johannesburg. Hopefully, we should be able to buy the house this time," commented Jaiswal.Officers and employees of Coal India have also offered to sacrifice one day’s pay to raise money for the Gandhi memorabilia they want to display in the property.Article source: http://blog.oceanvillasgroup.com/mahatma-gandhi-south-african-home-up-for-sale/Author:Rebecca SmithOcean Villas Grouphttp://www.oceanvillasgroup.comOcean Villas Group are specialists in lifestyle and investment property worldwide and are committed to supporting investors in both the emerging and established property markets across the globe. We have an extensive range of property throughout the world which enables us to satisfy the goals of the most demanding investment portfolios.With over three decades of experience in property investment and development worldwide and an after-sales service second to none, our focus is on providing quality, choice and the highest returns on investment without wasting your time.Level 31, 6 Battery Road, Raffles Place, 049909, Singapore

02-25-2019 | Tourism, Cars, Traffic
Varanasi Trip
Bharat Kala Bhavan to restore Mahatma Gandhi memories
The Bharat Kala Bhavan will showcase 75 paintings and two sculptural work of Mahatma Gandhi who is the Father of the Nation. With this, it will display the life of Gandhi prey and post-independence movement. The special exhibition is termed as “Gandhi “, and it also incorporates the work of various artists such as famous painter MF Hussain, Akbar Padmavati, Nandlal and the rest. Banaras Hindu University is all set
08-13-2018 | Science & Education
Ajeenkya D Y Patil
Varun Gandhi advocates Higher Spend on Research and Development
Excitement and Spirits were at an all time at the D. Y. Patil Campus in Navi Mumbai as they welcomed Varun Gandhi, Loksabha MP from Sultanpur. Also present on this occasion were Dr. Ajeenkya D.Y. Patil and Vijay D. Y .Patil. Dr. Ajeenkya D.Y. Patil, Chairman, Ajeenkya D. Y . Patil Group, in his address expressed deep admiration for the body of social work undertaken by Varun Gandhi and his
10-04-2017 | Science & Education
Banasthali
Banasthali Celebrates Mahatma Gandhi Jayanti - International Day of Non-Violence
A 1946 quote of Mahatma Gandhi says” Bansathali is enshrined in my heart” and undoubtedly Banasthali draws its inspiration from the well known Gandhi quote “What is really needed to make democracy function is not knowledge of facts but right education.” Who else but the Mahatma could have said "Non-violence is the greatest force at the disposal of mankind. It is mightier than the mightiest weapon of destruction devised by
10-04-2016 | Science & Education
JMA Pilani Rajasthan
International Day of Non-Violence Gandhi – Shastri Jayanti Swachh Bharat Combo …
Who else but the Mahatma could have said "Non-violence is the greatest force at the disposal of mankind. It is mightier than the mightiest weapon of destruction devised by the ingenuity of man." The very same Mahatma Gandhi in his book The Story of My Experiments with Truth, 1927 also had said “There are many causes I would die for. There is not a single cause I would kill for."
05-09-2011 | Media & Telecommunications
Mirchi Movies
Gandhi is Still with Us
Mumbai, India - Finding Gandhi, produced by Shethia Audio Video Private Limited, is an introspective movie that focuses on Hasmat Ullah a mechanic and a god-fearing man who’s presented with the responsibility of repairing a Ford V8 car that once held the ashes of Mahatma Gandhi. A bomb explosion suddenly rocks his small community and the ensuing chaos forces him to choose between finishing this repair job, or taking to the
01-10-2011 | Arts & Culture
Ocean Villas Group Pte. Ltd.
Mahatma Gandhi South African home named Satyagraha
We recently reported that the former South African home of Mahatma Gandhi was up for sale and that Coal India Limited were making their second attempt to buy the property. We have since discovered this information to be incorrect. Read original Gandhi article: http://blog.oceanvillasgroup.com/mahatma-gandhi-south-african-home-up-for-sale/ The Gandhi house is, in fact, currently owned by Voyageurs du Monde Group who bought the home in September 2009 and it is not for sale. Voyageurs du Monde is
Comments about openPR
OpenPR is clearly structured and remains true to its principle of confining itself to the essential parts. OpenPR has proven to be a very good and reliable partner to our media agency: Within the shortest time the releases are online and go down well with the media representatives. The success of OpenPR is reflected in the steadily increasing number of press releases. It is good that OpenPR exists!
Ursula Koslik, Director Marketing & PR, F+W Hamburg