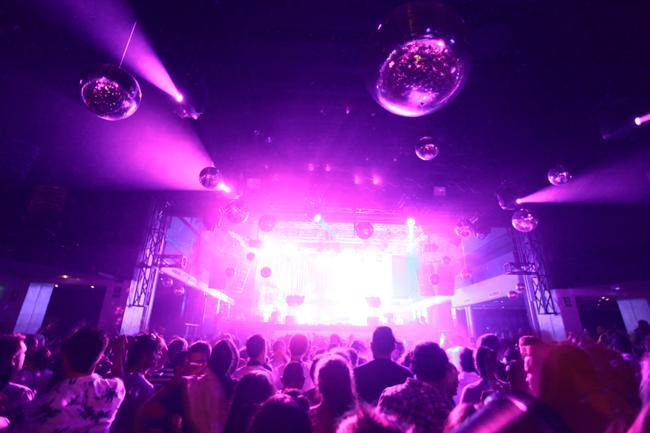 BIGGER, BETTER, FASTER, STRONGER!COME TOGETHER @ SPACE IBIZA: MASSIVE COMEBACK IN 2011!FRIDAY NIGHT SLOT + EXTENDED 12-WEEK RUN + + EVEN BIGGER LINE-UP JULY 1ST – SEPT 16TH 2011(London, December 2010) 'Tis definitely the season to be jolly with the announcement that Come Together @ Space Ibiza is confirmed for a massive comeback in 2011 with a new Friday night slot and an extended 12-week run. This first of its kind mini-festival concept changed the musical topography of Ibiza in 2010 with a kick ass line-up week after week and record numbers of guests lining up to get lost on the dancefloor. "The feedback from last summer was overwhelmingly positive,“ says Safehouse founder Lynn Cosgrave, who developed the concept. "The mix of DJ talent and live acts gelled perfectly. Our challenge in 2011 is to raise the stakes even higher. In other words, clubbers can expect Come Together to be bigger, better, faster, stronger!" 2010: One great night after anotherCome Together hit all the right notes last summer and everyone who joined the party in 2010 will have a hard time forgetting highlights such as Leftfield’s only live show in Ibiza; the renowned Scottish producer and singer-songwriter Calvin Harris; Kelis getting wild on the dancefloor after her show; or the legendary Grandmaster Flash together with Mark Ronson and Zane Lowe turning Space’s Covered Terrace into a Bronx Block Party all recorded live for BBC Radio 1’s Essential Mix. For those of you who missed it the first time around, the Mark Ronson and Zane Lowe Essential Mix at Come Together will be rebroadcast on the BBC Radio 1’s Essential Mix on December 28th 2010 at 4am UK time! Looking back on his own Come Together experience, Mauro Picotto recently reported: "It was a fantastic experience. Well organised with an awesome atmosphere!" 2011: Bigger, better, faster, stronger!The finishing touches are currently being added to the lineup, and Safehouse is promising to make Come Together 2011 an explosive mix of even more cutting edge superstar DJs and live acts exploring a broad range of musical styles with jaw-dropping light shows and the spectacular sound of Space’s soundsystem. In other words, one of the most extravagant series of parties on the magical island of Ibiza. So be sure to schedule Come Together @ Space Ibiza into your Friday night agenda next summer. After all the Christmas and New Year’s bashes, there’s only a few grey months until it’s time to party again under the sunny Spanish sky! The Be @ Space night has been moved from Friday to Wednesday night.FOEM is a full-service communication agency for the music business. We do professional marketing and advertising and design.FOEM UG i. Gr. Florian Amann Maximinenstr. 2 50668 Cologne, Germany Mob.: +49 179 76 48 119 E-Mail: info (at) foem.info UStNr: 215/5003/2292

05-18-2021 | Industry, Real Estate & Constr …
Inspire workspace
Open Office space in Chennai | virtual office space in Chennai
Now you can work peacefully from your dream work space, with all the facilities you need to run an office, we will take care of the process of maintaining and supporting the needs for your office, so that you can put cent percent effort and focus on your business, Co working space is a smart people’s choice. Start-up or an big empire, work is the first priority, we
02-08-2021 | Advertising, Media Consulting, …
HTF Market Intelligence Consulting Pvt. Ltd.
Space and Space Station Robotics Market May Set New Growth Story | Made In Space …
HTF Market Intelligence released a new research Study of 86 pages on title 'Space and Space Station Robotics Market - Global Industry Analysis & Forecast US$ Million, 2019 – 2025' with in-depth analysis, forecast and business moves. The study covers key regions and important players such as Maxar Technologies, Motiv Space Systems, Altius Space Machines, Northrop Grumman, Honeybee Robotics, Astrobotic Technology, Made In Space, Inc., Effective Space Solutions Limited. Request
01-06-2021 | Fashion, Lifestyle, Trends
Rajput Agency
Space Saving Furniture
Space Saving Furniture to the Rescue Our modern take on classic furniture design transforming the way homeowners look at furnishing small spaces! With the rise of micro-living and a greater focus on sustainability, the demand for multi-functional, durable, space saving furniture has never been higher! From tiny homes, condos, micro apartments, and everything in between, people are looking for a furniture solution that provides the most enjoyment and livability out
05-25-2020 | IT, New Media & Software
TMR Research
Small Satellite Market | Thales Alenia Space, Space Exploration Technologies Cor …
Global Small Satellite Market: Snapshot The market for small satellite has been gaining significant traction across the world, thanks to the technological advancements. This report analyzes and forecasts the market for small satellite at the global and regional level. The market has been forecast based on volume (kilo tons) and value (US$ Mn) from 2017 to 2025, considering 2016 as the base year. The study includes drivers and restraints of the
12-13-2018 | Industry, Real Estate & Constr …
KontorSpace
What is Coworking Space?
Suddenly, we are hearing about coworking spaces popping up in every corner of the city. But, what are these spaces? Why are they getting so popular? Why are people preferring coworking spaces over conventional serviced offices? Read this article to find out. Coworking space is a workspace or office designed for workers who operate in self directed, collaborative, flexible and voluntary work styles. They enable multiple companies to operate out of
11-27-2013 | Media & Telecommunications
Telespazio VEGA Deutschland GmbH
Space Technology for Sparkasse Dillenburg
Darmstadt, 27 November 2013 ​ Customers of the Sparkasse Dillenburg (Region of Hesse, Germany) can look forward to a new mobile branch office, which will be operational end of this year. The space company Telespazio VEGA Deutschland, a subsidiary of Telespazio (a Finmeccanica/Thales company) will provide the satellite connection between the mobile bank and the main office. The catchment area of the Sparkasse Dillenburg covers many small villages and communities which do
Comments about openPR
OpenPR ist the nicest and most clearly laid out PR platform I have seen to this day. The press releases are displayed very nicely and clearly and without any unnecessary frills. The updates are fast and the finished release looks appealing and is clearly legible. Even with 16 years of experience one discovers new things from time to time. Congratulations!
Gabriele Ketterl, Director Marketing & PR, Menads