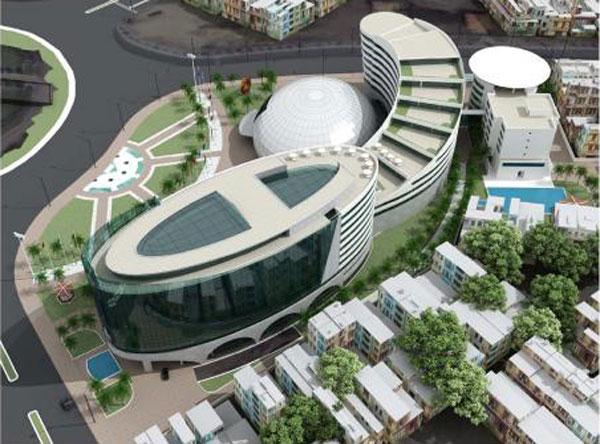 Accor, the world's leading hotel manager and market leader in Europe, have set an ambitious goal of operating thirty additional hotels in Vietnam by 2013.Accor already operates hotels in ninety countries and employs more than one hundred and forty five thousand people.Should Accor achieve their goal in Vietnam, they will have almost three times as many hotels under their management in the country.Patrick Bassett, Accor’s Vice President of operations for Vietnam, the Philippines, Japan and South Korea made the announcement at a press conference this week stating; “Our first realistic objective is to have 30 hotels and we think we shall be able to have this network of hotels already open by the end of 2013”.Accor currently manage several different hotel brands in Vietnam including Sofitel, Pullman, Mercure, Novotel and Ibis.Bassett told reporters Accor has just signed contracts to manage two more Pullman hotels, bringing the total to five. All five Pullman hotels will be in service by 2013 including the Pullman Haiphong Flamboyant Island Resort and Pullman Danang Beach.The Pullman Haiphong is the most recent project from hotel brand Pullman. Situated on Flamboyant Island in Do Son District, the three hundred room hotel will cater to an increasing number of visitors to the northern industrial and seaport hubs of Vietnam.The luxury hotel will feature a ballroom, meeting rooms, three restaurants, two bars, swimming pools, an entertainment centre, spa and an amphitheatre.The Pullman Danang Beach, due to open in mid-2011, will have 207 guest rooms, four restaurants and three swimming pools.Additional Pullman hotels are scheduled to open next year in the southern city of Vung Tau and the capital Hanoi.The 360 room Pullman Vung Tau, which will be the first Pullman hotel to open in Vietnam, will have five hundred rooms but only limited function rooms and leisure facilities.Currently the Pullman Hanoi Horison is under renovation; when re-opened it will be able to accommodate over one thousand guests.“With sustained economic growth and significant investment in infrastructure leading to increased volumes for business travel and continued international and domestic leisure strength, opportunities continue for quality upscale hotel developments in Vietnam,” added Basset.Evan Lewis, Accor vice president of communications for Asia Pacific, told reporters; “Increasing foreign investment flows into Vietnam and continued economic growth would fuel strong demand for international quality upscale hotels in this country. This is why Accor introduces the Pullman brand to this emerging market”.Bassett concluded the press conference by predicting Ibis may outgrow the other Accor brands, as the demand for Ibis style hotels in the current economy is greater.Author:Rebecca Smith Ocean Villas GroupWeb: http://www.oceanvillasgroup.com Blog: http://blog.oceanvillasgroup.comOcean Villas Group are specialists in lifestyle and investment property worldwide and are committed to supporting investors in both the emerging and established property markets across the globe. We have an extensive range of property throughout the world which enables us to satisfy the goals of the most demanding investment portfolios.With over three decades of experience in property investment and development worldwide and an after-sales service second to none, our focus is on providing quality, choice and the highest returns on investment without wasting your time.Ocean Villas Group Level 31, 6 Battery Road, Raffles Place, 049909, Singapore

09-17-2018 | Health & Medicine
TMR Research
Wellness Tourism Market - Absolute dollar opportunity 2025 | Accor Hotels, IHG
Global Wellness Tourism Market: Snapshot The demand within the global market for wellness tourism is expanding on account of the global propensity of the masses to immerse themselves into the cultures of a foreign land. Wellness tourism essentially refers to travel to a different country or region in order to get physiological and mental tranquillity through the native therapies of that region. In the contemporary times, globalization has not just led
09-19-2017 | Business, Economy, Finances, B …
market research 2017
Lubricating Greases Market Production 2017: 3M Electronics, ACCOR Librifiants
Lubricating Greases Market Research 2017 A market study ” Global Lubricating Greases Market ” will help you understand, formulate and implement strategic decisions by offering critical data, insights and analysis from technology as well as commercial perspective on the Lubricating Greases market. It encloses an in-depth Research of the Lubricating Greases market state and the competitive landscape globally. This report consist of comprehensive market data, on a granular level, providing a
04-10-2015 | Tourism, Cars, Traffic
Accor
Accor becomes an official Roland-Garros supplier
Accor is to become official supplier of Roland-Garros for the next three editions of the tournament (from 2015 to 2017). As part of this partnership, the hotel group will have a reception area in the partners’ Village during the tournament, which will take place from May 24th to June 7th 2015. This will enable it to welcome many partners and investors from around the world. Roland-Garros will give
11-02-2011 | Tourism, Cars, Traffic
Accor
Accor introduces ibis to Japan
Accor, the leading international operator of hotels in Asia Pacific, introduces ibis Tokyo Shinjuku, the first ibis hotel in Japan located right in the heart of Tokyo’s Shinjuku centre and only three minutes away from the world’s busiest train station. This hotel will appeal to all travellers looking for an economy hotel offering all the major services at the best market value. “This addition of Accor’s strongest hotel brand will extend
07-05-2011 | Tourism, Cars, Traffic
Accor
Accor introduces the first MICE-dedicated Novotel to Thailand
Novotel Bangkok IMPACT, located in one of Asia’s largest Meeting, Incentives, Convention and Exhibition centres, is now open Accor, the leading international operator of hotels in Asia Pacific and Thailand, announces the opening of Novotel Bangkok IMPACT, the first Accor hotel in Thailand dedicated to the meetings and events market. This newly built hotel with 380 guest rooms and suites has been incorporated into the 140,000sqm IMPACT Arena, Exhibition and Convention Centre
04-29-2011 | Tourism, Cars, Traffic
Accor
Accor wins two awards for its CSR initiatives in Thailand
Accor recently received two awards - the PATA Grand Award 2011 and the AustCham Thailand Business Award 2010 - recognising its dedication and efforts in improving the lives of underprivileged children in Thailand and its initiatives in building awareness against HIV/Aids. Accor’s Yim Kids Foundation and Accor's ACT-HIV programme in Thailand won the PATA Grand Award 2011 under the ‘Education and Training’ category from the Pacific Asia Travel Association (PATA)
Comments about openPR
We publish our press releases on openPR.de because we like people who are "open" - just like us.
Frank Obels, CEO, INCONET - Informationssysteme, Communication und Netzwerkberatung GmbH