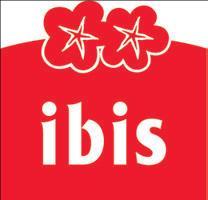 Accor, the leading international operator of hotels in Asia Pacific, introduces ibis Tokyo Shinjuku, the first ibis hotel in Japan located right in the heart of Tokyo’s Shinjuku centre and only three minutes away from the world’s busiest train station. This hotel will appeal to all travellers looking for an economy hotel offering all the major services at the best market value.“This addition of Accor’s strongest hotel brand will extend the network’s portfolio in Japan, offering guests a comprehensive hotel selection to choose from,” says Michael Issenberg, Chairman and Chief Operating Officer of Accor Asia Pacific. “Ibis Tokyo Shinjuku will bring in a fresh sensation to the economy hotel industry in the country’s capital. As Accor’s leading economy hotel brand, ibis has earned a worldwide reputation for excellent services at very competitive prices,” says Patrick Basset, Accor’s Vice President for Vietnam, the Phillipines, South Korea and Japan. “This hotel is the first ibis hotel brand to set foot in Japan, but it will be the 10th hotel in Accor’s Japan network,” Mr. Basset adds.Ibis Tokyo Shinjuku is a rebranded hotel with 206 guest rooms and will begin an extensive refurbishment over the following months. Once complete, the hotel will become a key addition to the Ibis network, accumulating the numbers to almost 100 hotels and over 17,340 rooms in Asia Pacific region. With over 920 ibis hotels worldwide, the brand is identified as a quality and consistent international product with services designed to ensure customer satisfaction, a pleasant stay and available at a value for money price. Ergonomic and efficient, ibis Tokyo Shinjuku will serve as a base for international and domestic visitors to Tokyo.Shinjuku is a major commercial and administrative centre of Tokyo and one of the 23 special wards in the Capital. Shinjuku train station is the busiest train station in the world, with over 3.5 million passengers passing through each day. The hotel is 1.5 hour away by train from Tokyo Narita International Airport and 45 minutes away by train from Tokyo Haneda International Airport.About ibis ibis, the worldwide economy hotel brand of the Accor group, offers consistent quality accommodation and services in all its hotels, for the best local value: a well-designed and fully-equipped en-suite bedroom, major hotel services available 24/7 and a wide choice of on-site food and beverage options. The quality of the ibis standard has been recognised by the International Organization for Standardization certification ISO 9001 since 1997. ibis is also the world’s first hotel chain to demonstrate its environmental commitment through securing the ISO 14001 certification, which has already been awarded to nearly one third of its hotels. Established in 1974, ibis is the European leader and one of the first economy hotel chains in the world, with more than 102,000 rooms and 920 hotels in 45 countries. About Accor Accor, the world's leading hotel operator and market leader in Europe, is present in 90 countries with 4,200 hotels and more than 500,000 rooms. Accor's broad portfolio of hotel brands - Sofitel, Pullman, MGallery, Novotel, Suite Novotel, Mercure, Adagio, ibis, all seasons/ibis styles, Etap Hotel/ibis budget, hotelF1 and Motel 6 - provide an extensive offer from luxury to budget. With 145,000 employees worldwide, the Group offers to its clients and partners nearly 45 years of know-how and expertise.AAPC (Thailand) Ltd. 36Fl. The Offices at Central World 999/9 Rama 1 Road. Pathumwan Bangkok 10330

04-10-2015 | Tourism, Cars, Traffic
Accor
Accor becomes an official Roland-Garros supplier
Accor is to become official supplier of Roland-Garros for the next three editions of the tournament (from 2015 to 2017). As part of this partnership, the hotel group will have a reception area in the partners’ Village during the tournament, which will take place from May 24th to June 7th 2015. This will enable it to welcome many partners and investors from around the world. Roland-Garros will give
09-12-2012 | Leisure, Entertainment, Miscel …
Accor
Novotel entices meeting planners with free nights
Accor, the leading international operator of hotels in Asia-Pacific and Thailand, announces a campaign to entice the meetings and events market to its Novotel hotels in Thailand. This comes on the heels of the Group’s 2012 Asia-Pacific Business Traveller Research, which found that Thailand is pushing ahead as one of the region’s top business travel hubs. For every 15 room nights booked as part of a residential meeting package at
12-13-2011 | Tourism, Cars, Traffic
Accor
Robert Murray appointed Chief Operating Officer for Accor in South East and Nort …
Accor, the largest operator of hotels in Asia Pacific announces the appointment of Robert Murray to the newly created role of Chief Operating Officer for Accor in South East and North East Asia. Formerly Senior Vice President for Accor Greater China, Robert joined Accor in 1993 and has since held various positions in Australia, New Zealand and has led Accor’s business in China since 2005. With Robert’s new appointment, he
11-16-2011 | Tourism, Cars, Traffic
Accor
Hotel De L'Opera is Unveiled in the Heart of Hanoi
Hotel de l’Opera Hanoi is the latest member of the MGallery Collection of unique hotels in downtown Hanoi. Located just steps away from the iconic Hanoi Opera House within the historical precinct of Hanoi, the hotel takes guests on a journey to the past and into the charm and allure of ‘A Night at the Opera’. “We are delighted with the addition of the Hotel de l’Opera Hanoi to