Feel the rhythm of Colombia at FITUR 2019 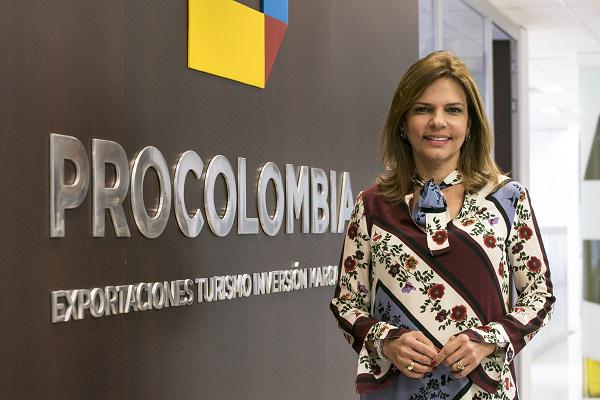 Colombia is celebrating its musical wealth and heritage. Colombia will be present at one of the world’s leading travel fair, set to begin next Wednesday in Madrid, is a large music box where visitors will experience live concerts, learn the steps to dance salsa and vallenato, play typical instruments like the marimba and taste unique and traditional dishes.Colombia has its own stand at FITUR LGBT to present its offer, focused on Diplomacy cultural tourism, nature and wellness, fairs and music festivals.ProColombia launches the 'Guide for the development of LGBT tourism’, written in collaboration with Peter Jordan and the White paper "Music is the new gastronomy", prepared together with the WTO and Sound.Madrid, January 16. Colombia returns to FITUR with an offer full of experiences of nature, music and, gastronomy, with more than 40 expert DMC`s, representatives of regional promotion offices and the main associations of the sector. The Colombian delegation is led by Juan Pablo Franky, Vice Minister of Tourism of the Government of Colombia and Flavia Santoro, president of ProColombia, the official agency for the promotion of investment, tourism, exports, and the country brand.According to the promotion strategy of ProColombia, based on the musical diversity of "the country of a thousand rhythms", the stand will represent a great music box, with activations to travel the main destinations, through the rhythm of cumbia, bullerengue, bambuco, salsa and currulao. Over the weekend, Colombia will offer music and live dances by the Baranoa band, a Big Band made up of 40 children and young people, between 6 and 15 years old, who will perform at the main stages of the fair.Colombia is becoming an increasingly popular holiday destination. International travel to Colombia is up more than 10 percent in 2018, and much of that has to do with all of the new public and private investment in tourism infrastructure during the last few years. The nation’s stable political climate, sustainable economic development strategies, and a healthy tax incentive to lure global hospitality brands to Colombia are also contributing to the robust growth.Music is the new gastronomy ProColombia is underlining the importance of music to tourism with the launch of a White Paper “Music is the new gastronomy” at Fitur. The White Paper, produced in partnership with UNWTO and Sound Diplomacy, explores how musical tourism is set to increase in a similar way to the explosion in interest of gastronomy and travel in the last few years. “Music is our only universal language. It is more powerful than English, Spanish or Chinese, as it communicates at an emotional level and, therefore, has the capacity to reach and touch people irrespective of their geographical location or nationality”, says Julian Guerrero, Vice-president of tourism of ProColombia and co-author of the document, “we want to generate a conversation, not only in Colombia but around the world, about the relationship between music and tourism. Two industries that are growing worldwide”. The full Music Tourism White Paper is available free for a limited period, here.Press InvitationWednesday 23 / 13:00 Inauguration. With the presence of Juan Pablo Franky, Deputy Minister of Tourism of ProColombia; Flavia Santoro, President of ProColombia, Julián Guerrero, Vice President of Tourism of ProColombia, tourism companies and representatives of the main associations of the sector. Feel the Rhythm of Colombia with the Band of Baranoa, made up of children between 7 and 17 years old. Enjoy the cuisine and the best coffee of the world. (Hall 3 / # 3C06)Thursday 24 / 11:00 Launch of the Guide for the development of LGBT tourism in Colombia ProColombia presents a fundamental tool to know the market and build specialized tourism products. Participants: Julián Guerrero, Vice President of Tourism of ProColombia and Peter Jordan, author of the document. (FITUR LGBT Scenario / Hall 3) * An aperitif for press will be offered at the Colombia stand (3B35)Thursday 24 / 16:00 Colombia, a destination of culture, nature and music. The Vice President of Tourism of ProColombia presents the tourism promotion strategy of Colombia and the main destinations and experiences of the culture, nature and music segments. Presentation of the White paper 'Music is the new gastronomy. (Hall 3 / # 3C06)Saturday 25/ 13:00 Musical Magazine of Colombia, by the Departmental Band of Baranoa, made up of children and youth from the Colombian Caribbean. (Hall 3 / # 3C06)ProColombia is the official agency for the promotion of investment, tourism, exports, and the country brand.PROCOLOMBIA Europa cemartinez@procolombia.co +34 (91) 5776 708 Ext. 66003 Calle Lagasca 88, 6-6 CP 28001 Madrid Madrid, España PROCOLOMBIA.CO

03-12-2019 | Tourism, Cars, Traffic
PROCOLOMBIA Europe
Colombia leads the UNWTO Music Tourism Network
UNWTO and ProColombia launched the Music Tourism Network at ITB Berlin, the foremost business platform for global touristic offers, where Colombia won the prize as the fastest growing destination in the Americas in Germany, with an accumulated 59% in five years. Berlin, March 11. The Deputy Minister of Tourism of Colombia, Juan Pablo Franky, and the director of UNWTO Affiliated Members, Ion Vilcu, launched on Thursday the UNWTO Music Tourism Network
02-25-2019 | Media & Telecommunications
PROCOLOMBIA Europe
Colombia shows its powerful offer at the Mobile World Congress 2019
A delegation of 25 companies and 7 startups will attend the most important fair in the mobile telephony sector to position the country as a business and IT services hub for the world. Colombia will display a sample of its powerful orange economy offer, which includes the creative industries, at the next Mobile World Congress (MWC), taking place in Barcelona from February 25 to 28. A delegation supported by ProColombia is comprised of
02-05-2019 | Business, Economy, Finances, B …
PROCOLOMBIA Europe
Colombia, a reliable provider of tropical and exotic fruit at Fruit Logistica
ProColombia is leading a delegation of 11 companies to promote the country's agricultural offer with the campaign "Colombian Food, as exciting as its origin", at Fruit Logistica, from February 6 to 8 on the Messe Berlin ground Uchuva, pitahaya, avocado or banana, are some of the main products from the Latin American country, which is called to be a pantry of the world, according to FAO. Madrid, February 4. A delegation of
11-16-2018 | Logistics & Transport
PROCOLOMBIA Europe
Colombia is now closer to Germany with Avianca
Bogotá, November 15th, 2018. This Friday, November 16th Avianca will begin its operation of the direct flight Bogota Munich. The AV54 flight will take off from the El Dorado International Airport at 10:45 pm on November 16th. Avianca became the only Latin American airline to operate at the Munich-Franz Josef Strauss International Airport. This new route will operate five times a week. "We are proud to connect our travelers with

11-24-2020 | IT, New Media & Software
RELE.AI AG
Colombia based H Ujueta SA to implemet RELE.AI
RELE.AI, the novel Swiss Israeli startup, connects in real time the Personal WhatsApp of any employee with the corporate CRM system. Turning each employee’s messenger into a productivity tool. RELE.AI’s service enables employees to use their personal WhatsApp while communicating with customers or suppliers to record the conversations directly in their company’s CRM system. This innovative productivity tool assures that the customer’s data is always up-to-date and that the company’s
10-07-2020 | Advertising, Media Consulting, …
HTF Market Intelligence Consulting Pvt. Ltd.
Colombia Market Overview: Country Intelligence Report
HTF MI added a new research study in its database with title 'Colombia: Country Intelligence Report' that includes detailed analysis, Competitive landscape, forecast and strategies. The study covers geographic analysis that includes regions like Colombia and important players/vendors. The report will help user gain market insights, future trends and growth prospects for forecast period of 2025. Get Access to FREE Sample Pages @ https://www.htfmarketreport.com/sample-report/1934741-colombia-country-intelligence-report-1 Summary Colombia: Country Intelligence Report Total telecommunications and pay-TV services
06-15-2020 | Business, Economy, Finances, B …
DecResearch.com
Whats Driving The LATAM Frozen Bakery Market Growth? Bimbo de Colombia S.A. (Gru …
Decresearch has recently published a study titled ‘Global LATAM Frozen Bakery Market Research Report’. In this report, analysts have provided a detailed evaluation of the global LATAM Frozen Bakery market. The report is inclusive of a completely comprehensive study of the LATAM Frozen Bakery Market alongside all the important factors that are likely to have an impact on the commercialization matrix of the market. A highly methodical quantitative as well as
03-12-2019 | Tourism, Cars, Traffic
PROCOLOMBIA Europe
Colombia leads the UNWTO Music Tourism Network
UNWTO and ProColombia launched the Music Tourism Network at ITB Berlin, the foremost business platform for global touristic offers, where Colombia won the prize as the fastest growing destination in the Americas in Germany, with an accumulated 59% in five years. Berlin, March 11. The Deputy Minister of Tourism of Colombia, Juan Pablo Franky, and the director of UNWTO Affiliated Members, Ion Vilcu, launched on Thursday the UNWTO Music Tourism Network
09-21-2018 | Advertising, Media Consulting, …
ReportsWeb
The Baby Food Sector in Colombia 2018 | Nestlé de Colombia, Mead Johnson Nutrit …
The Baby Food Sector in Colombia, 2018 Summary "The Baby Food Sector in Colombia, 2018", is an analytical report by Publisher which provides extensive and highly detailed current and future market trends in the Colombian market. Over the 2007-2017 period, Colombia's total population has steadily increased, while the number of births has fallen. Poverty appears to have been falling since 2009. In 2015, according to government figures, 27.8% of the population was classed
08-31-2017 | Advertising, Media Consulting, …
MarketResearchReports.biz
Colombia-Telecommunication Services: Highly promising, yet price conscious
This report provides an in depth analysis of the Colombian telecommunication market, exploring both the company landscape and patterns found in the different segments. It will also provide a forecast analysis on expected trends of the market, using reliable and current data available to predict future patterns in terms of subscriber and revenue growth. The Colombian market is considered highly promising for future investors, yet remains price conscious, all of
Comments about openPR
We publish our press releases on openPR.de because we like people who are "open" - just like us.
Frank Obels, CEO, INCONET - Informationssysteme, Communication und Netzwerkberatung GmbH