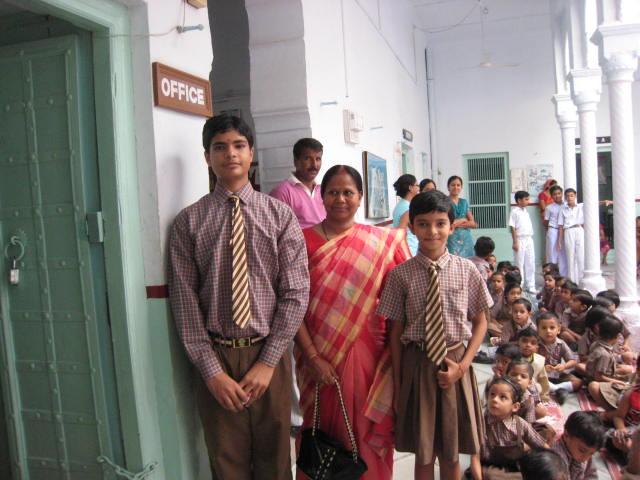 Smt Jamuna Mishra Academy (JMA) established in the year 2004 which has been making rapid strides in early childhood education is presently one of the most sought after schools at Pilani in Shekhawati Rajasthan.JMA which started in 2004 with an enrollment of 60 students for the Nursery, LKG, First Junior and Class1 has grown today till Class VII with well over 400 students. While the school admits both boys and girls, the girl student enrollment has been steadily rising every year and is presently over 40% of the total strength which itself is a matter of pride in a state like Rajasthan which had alarmingly low record of girl’s education. The importance of Debate can be judged from the quote of French Essayist Joseph Joubert which goes as “It is better to debate a question without settling it than to settle a question without debating it. The aim of argument, or of discussion, should not be victory, but progress.”For the past over six decades, every year at Pilani the Itihas Parishad has been conducting an All India Hindi debate competition at the century old Birla School which is the oldest Birla Institution at Pilani. The 62nd debate competition held on 11 September 2010 for the middle school children had over 20 schools participating. The topic for debate this year was “Government Policies Responsible for Price Rise”. The venue for the debate was the imposing auditorium of the Birla School Pilani.The prominent among the participating schools included the well known Pilani schools Birla School, Birla Public School, Birla Balika Vidyapeeth, Birla Shishu Vihar, Goenka Vidya Mandir, Hari Devi Jhutharam Shishu Sadan, Udairamji Padia Vidya Mandir, Bal Niketan etc as well as Schools from Jhunjhunu, Dundlod, Sikar, Alwar, Jaipur, Chittorgarh etc.This is the first time JMA children have participated in this debate competition. Master Vanam Sharma and Himakshi Alaria from Class 7 of JMA spoke for and against the topic respectively. Himakshi Alaria of JMA Pilani was awarded the first prize and JMA School for scoring 512 points out of 600 which was the highest among participating schools was declared the winner of the Itihas Parishad Rolling Trophy for 2010. Dr V N Dhaulakhandi Director Birla Museum Pilani was the Chief Guest for the debate competition.The JMA Pilani children who had come for the debate competition along with Mrs Alka Sharma Senior Hindi Teacher at JMA who had groomed them for the competition left the auditorium with beaming faces and pride that they were part of an institution which is a jewel in the crown among the schools at Pilani.For more details about school see http://www.jma-pilani.page.tl/About JMA Pilani: Smt Jamuna Mishra Academy - JMA Pilani is a Co-educational English Medium School with Experienced Teachers, Spacious Classrooms and Modern Amenities Designed to impart Quality Education combined with All Round Personality Development and thus lay the Best Foundation for the Child's Future. For more details about school see http://www.jma-pilani.page.tl/Mrs Booma Natarajan, MSc, MA Principal Jamuna Mishra Academy Near Old Pilani Post Office Pilani Rajasthan 333031 India Phone 91-1596-242314 Email jma_pilani@yahoo.co.in Website: http://www.jma-pilani.page.tl/

02-06-2019 | Science & Education
Banasthali
Kavi Yogendra Sharma gives a Scintillating Start to ZERONE Banasthali
Zerone is not just a word or slogan or jargon but a Philosophy which tells that it does not matter if one starts at zero but no one can stop you from becoming number one. The Chemical engineering department of Banasthali came into operation in 2008 and Innovative Chemical Engineers - ICE Club has been organizing various events round the year which includes ZERONE (Discovering the Undiscovered) a three day
03-05-2018 | Science & Education
Goldmine Adv ltd
Manoj Sharma conferred with "Bharat Shri" Award in Public Relations
New Delhi: National Human Welfare Council (NHWC) felicitated talented professional in various fields with "Bharat Shri" award on Sunday for outstanding contribution in their respective fields. The Director (PR) of Goldmine Advertising Ltd. Mr Manoj Kumar Sharma was awarded "Bharat Shri" for his outstanding contribution in the field of Public Relations. The award was presented to Manoj Sharma by Lt. Gen.(Retd.) Raj Kadyan, the Chief Guest of the occasion at
04-11-2017 | Industry, Real Estate & Constr …
FridayMoviez
Anushka Sharma receives a legal notice from BMC
Celebrities entering into legal mess with the BMC officials is not a new thing now. After Kapil Sharma and Arjun Kapoor were accused of illegal construction in their respective apartments, it is now Anushka Sharma who has landed into such trouble. BMC has issued a legal notice to the actress for installing a electric junction box on her floor which is illegal. A neighbour filed a complaint against her after
05-21-2012 | Tourism, Cars, Traffic
iXiGO
iXiGO.com appoints Abhishek Sharma as VP, Operations & Product Platform
iXiGO.com expands leadership team to drive the next phase of growth New Delhi, May 17th, 2012: iXiGO.com, India’s leading travel search engine announced the appointment of Abhishek Sharma as Vice President, Operations & Product Platform. In this role, Mr. Sharma would be responsible for driving the company’s operations, product platform and content strategy as a part of its management team. Prior to joining iXiGO.com, Mr. Sharma’s professional experience spans across 13
10-07-2011 | Science & Education
JMA Pilani Rajasthan
Vanam Sharma Brings Laurels for JMA Pilani in Sports
Located in the heart of Shekhawati region of Rajasthan, Pilani is well known in India today for various top ranking educational institutions, CSIR Laboratory CEERI as well as the upcoming BrahMos Missile Assembly Project unit. Jamuna Mishra Academy – JMA established in the year 2004 which has been making rapid strides in early childhood education is presently one among the top ranking and most sought after schools at Pilani Rajasthan. JMA
06-22-2011 | IT, New Media & Software
Astellia
Astellia appoints Rajesh Sharma as VP Sales & Customer Operations
Rennes, France – 20th June 2011 – Astellia, leading provider of monitoring solutions for the optimization of mobile network QoS and performance announces today the appointment of Rajesh Sharma to the position of Vice President Sales and Customer Operations. He will lead all sales activities, operations and customer service to drive Astellia’s expansion into new markets and growth in its customer base. Rajesh Sharma brings with him more than 15
Comments about openPR
OpenPR is clearly structured and remains true to its principle of confining itself to the essential parts. OpenPR has proven to be a very good and reliable partner to our media agency: Within the shortest time the releases are online and go down well with the media representatives. The success of OpenPR is reflected in the steadily increasing number of press releases. It is good that OpenPR exists!
Ursula Koslik, Director Marketing & PR, F+W Hamburg