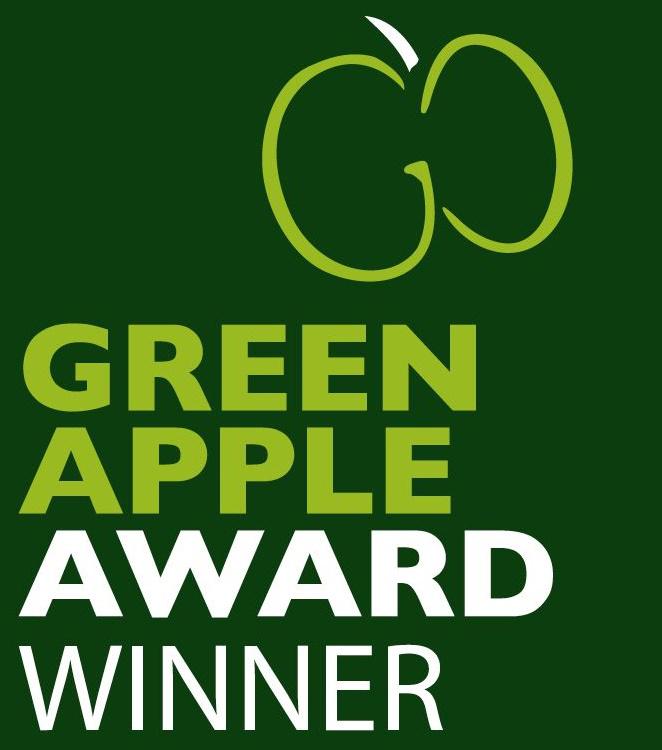 BIZERBA UK have won the BRONZE Environment Award in the national campaign to find the greenest individuals, companies, councils and communities. They competed against more than 800 other nominations in the Green Apple Awards for Environmental Best Practice with their project, ENERGY EFFICIENT CUTTING.They were presented with their trophy and certificate at a glittering presentation ceremony hosted by Liz Kendall MP at the Houses of Parliament on November 12th, 2018.As a result of this Green Apple Award success, they have been invited to have their winning paper published in The Green Book, the leading international work of reference on environmental best practice, so that others around the world can follow their example and learn from their achievement. They could also progress to represent their country in the Green World Awards 2019 and have 100 trees planted in their name as part of the United Nations Billion Trees initiative.The Green Apple Awards began in 1994 and have become established as the country’s major recognition for environmental endeavour among companies, councils, communities and countries. The awards are organised by The Green Organisation - an international, independent, non-political, non-profit environment group dedicated to recognising, rewarding and promoting environmental best practice around the world.The Green Apple Awards are supported by the Environment Agency, the Chartered Institute of Environmental Health, the Chartered Institution for Wastes Management, REHIS and other independent bodies.The judges commented: “This company has a long-standing philosophy of adding efficiency to their machines as the products develop and evolve. While their meat slicers are cutting-edge, their power consumption is half that of most machines on the market, saving small businesses and the environment.”Bizerba UK Ltd 2-4 Erica Road Stacey Bushes Milton Keynes MK12 6HS Web: https://www.bizerba.com Email: anthony.matthews@bizerba.com Tel: 01908 682740

09-16-2020 | Industry, Real Estate & Constr …
Bizerba (UK) Ltd
New Industrial Food Slicer
Newly released our much-anticipated Industrial Food Slicer. After many years of success with the predecessor to this new unit, the A400 has sadly come to the end of its life. We will of course continue to support the A400 Variants however we have created a new beast that is going to take the food production for the SME sector by storm. The new VSI T Industrial food slicer is now available
09-06-2017 | Industry, Real Estate & Constr …
Bizerba (UK) Ltd
Digitize Packaging: Bizerba at the PPMA Show 2017
Across a three-stand layout, Bizerba introduces solutions around the topics of digital transformation, food safety, batch size, logistics and labels at this year’s PPMA Show. Current trends including industry 4.0, Internet of Things, predictive maintenance, the interaction of multiple systems as well as availability and service are all part of Bizerba’s solution portfolio. Stand G10 – Convenience CWE Combination Unit – demonstrating our fully integrated metal detector this device is to
05-17-2017 | Business, Economy, Finances, B …
Bizerba (UK) Ltd
Bizerba SliceCheck for Visual Inspections of Sliced Products
Bizerba‘s visual inspection system SliceCheck enables visual 100-percent inspections of sliced products before packaging. The real-time check detects mechanical damages and visual flaws including torn edges, holes or false orientation and rejects faulty products in time, thus saving material and cost. SliceCheck enables visual 100-percent inspections of sliced products before packaging. Following the slicing process, SliceCheck’s visual inspection technology checks the top slice of each product stack for criteria like shape,
01-20-2017 | Business, Economy, Finances, B …
Bizerba (UK) Ltd
Bizerba at EuroShop 2017
“From farm to fork in a digital world” is Bizerba’s overriding theme at EuroShop 2017 (Düsseldorf/Germany; 5 to 9 March, 2017; hall 6, booth E58). As the leading supplier of weighing and slicing technology, Bizerba presents solutions based on the Retail 4.0 concept. Apart from current hardware and software solutions, visitors at the stand will be able to see the company’s future portfolio: How will Retail 4.0 evolve? Which will

09-24-2018 | Business, Economy, Finances, B …
GREEN BEAUTY FARMS
GREEN BEAUTY FARMS
Have you ever looked out at the streets and thought you deserve a better place to be? Do you own an SUV and a sedan and still have a landlord? Have ever realized that your surroundings affect your mental state the most. Have you ever even thought that the noise, irritating neighbors and pollution is the actual cause of your anxiety? Are you fed up of spending lots of money
06-08-2018 | Energy & Environment
qyreports
Green energy
Green energy is the electricity derived from smooth assets generating minimum pollution and consists of sun photovoltaic, hydropower, wind electricity, bio-fuels and geothermal. expanded investments in era studies and improvement, supportive regulatory frameworks, extended consciousness and electricity security troubles and environmental concerns amongst others are fueling the boom in call for for clean and inexperienced energy. The report on the Global Smart Cards Automated Fare Collection System Market is a thorough
07-13-2017 | Industry, Real Estate & Constr …
Climaveneta
A green hotel on a green island
Mitsubishi Electric Hydronics & IT Cooling Systems, through its brand Climaveneta, has recently supplied HVAC units to the new luxury hotel now under construction at Benitses Beach in Corfu, also known as the “Green Island” for its thick vegetation. The complex includes a 5-star hotel, 40 bungalows and furnished villas, with a total capacity of 893 beds. It is the first large hotel in Greece, designed to avoid the use
12-12-2014 | Logistics & Transport
German Center for Research and Innovation
Green Logistics
Logistics has become an indispensable component of today’s global economy. On Thursday, December 11, join experts at the German Center for Research and Innovation (GCRI) in New York for a discussion on the future of sustainable logistics. NEW YORK (December 8, 2014) – Global supply chains and distribution networks are a key performance factor for many companies as they attempt to coordinate activities in a way that meets customer requirements at
03-03-2011 | Energy & Environment
GluePlace
100% Green Spray Adhesive
Using current technology both in adhesive compounding and aerosol packaging, Adhesives Solutions, Inc. has developed a true “GREEN” aerosol spray adhesive. The only one of its’ kind on the market today. Introducing V&S 1226 Water Based Foam & Fabric Spray Adhesive, this spray produces bonds with foam tearing strength. It is specially formulated for bonding flexible foams to themselves or other materials such as: wood, metal, paper, fabrics, corrugated, etc.
02-03-2011 | Tourism, Cars, Traffic
Asianatravelmate
Think Green Go Clean
Livelihood - Cultural Identity - Environment ‘Think Green Go Clean’ is Asiana Travel Mate’s theme to address livelihood, cultural identity and environmental issues in Vietnam… a banner to rally pragmatic and responsible action, within our spheres of influence. CYCLO COMMUNITY OUTREACH Cyclo (Xích lô) Vietnamese term for pedal power, three wheel, passenger carriage The Cyclo Community Outreach Program is a non-profit initiative of Asiana Travel Mate for the improvement of their livelihood
Comments about openPR
OpenPR ist the nicest and most clearly laid out PR platform I have seen to this day. The press releases are displayed very nicely and clearly and without any unnecessary frills. The updates are fast and the finished release looks appealing and is clearly legible. Even with 16 years of experience one discovers new things from time to time. Congratulations!
Gabriele Ketterl, Director Marketing & PR, Menads