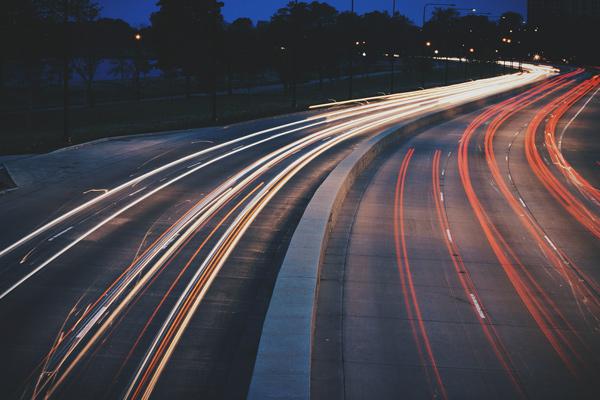 Influx Rebel LT Vehicle Data Logger Saves Users Time & MoneyCAS DataLoggers provided the data logging solution for a well-known original equipment manufacturer using a standard production diesel vehicle for an emissions dynamometer calibration procedure of their equipment at their plant. The test vehicle was locked in place on the dynamometer which had been calibrated to mimic the test vehicle’s inertia and driving resistance. The vehicle was driven over a preset speed profile to reproduce typical road conditions and achieve a given speed and/or acceleration. An emissions analyzer was connected to the vehicle’s exhaust, which recorded the amounts of each pollutant (HC, CO, NOx, CO2) emitted during the driving cycle. Every day the vehicle would be driven through the same test drive cycle and the diagnostic results would be used to indicate if the emissions equipment was suitably calibrated. During these test cycles, the engine was started and driven at many different speeds over a simulated distance of about 10 miles (16 km). However, it was possible during certain test runs, that the vehicle would unexpectedly regenerate its emissions reduction system, potentially causing damage by overheating the emissions analyzer that was connected to the exhaust. The customer needed a way to help prevent this by warning when the regeneration process would take place so that the vehicle could be taken off-line or the emissions analyzer could be disconnected.InstallationThe manufacturer installed an Influx Rebel LT Vehicle Data Logger onto the diagnostic bus of the test vehicle. The Rebel CAN data logger allowed plant engineers to directly access the engine parameter data and to record all the test data. It is a high-speed vehicle data logger designed for vehicle test and OEM engineering data acquisition. The LT supports ODB and J1939 protocols on its 2 CAN bus interfaces plus high-speed CCP/ xCP and UDS protocols to acquire internal ECU parameters for engineering applications. CAN signals could be recorded in a ‘listen only’ mode for CAN bus data logging applications. Data collected during each test was automatically uploaded via an optional WiFi interface to a central server so that the lead engineer could monitor key parameters from his desk daily. From this data the engineer was able to stop testing if a regeneration cycle was imminent, saving the plant’s emissions analyzer from potential damage. In addition, the Rebel indicated to the driver via the optional dash display if a regeneration process was due.UsageThe Rebel LT offered flexible and powerful data logging solution for this application. It could also capture other real-time data from several sources including temperatures, RPM, throttle settings, speed, to be able to confirm the correct driving cycle had been followed during the dynamometer calibration. For other applications, the Rebel LT provides a flexible full-featured tool for engineering data acquisition, vehicle testing in the field or customer problem investigation. It can simultaneously capture data from different CAN sources plus 1 K-line bus and save up to 32 GB of data to a removable SD memory. Four analog inputs allow it to acquire data from additional voltage output sensors and an optional K box expands this capability for other sensors like thermocouples. Other options include an internal GPS for capturing location data during field testing, an internal 3 axis accelerometer, and an internal 3G modem to automatically upload data to a cloud server. The Rebel LT is packaged in a rugged dust- and splash-proof enclosure, with an LCD Display, keypad and 8 LED’s.The plant engineer found the Rebel LT easy to set up with no need to write any complex scripts using DiaLog software. The simple, intuitive interface allowed the engineer to construct data logging configurations using the simple graphical interface in a few minutes. Configurations can be uploaded to the logger via WiFi or USB. The dialog can import industry standard ASAM A2L files, ODX and CAN dbc formats to build a list of available messages. DiaLog also allows analyzing live and recorded data in one intuitive package.For more in-depth evaluation, the Influx Analyzer software package allows for advanced configuration and visual data analysis, Analyzer can create ODX framework files from a UDS compliant vehicle. Live CAN data and diagnostics can be easily monitored and analyzed using sophisticated graphing tools.BenefitsThe customer gained multiple benefits from installing the Influx Rebel LT Vehicle Data Logger to monitor the calibration of their dynamometer calibration procedure, foremost of which was the ability to prevent the test vehicle regenerating in the middle of the project and damaging the heat-sensitive equipment. This alone saved the plant a good deal of time and money. Direct access to test data and automatic uploads via WiFi upload enabled constant project supervision. The Rebel LT CAN-based vehicle logger also provided the plant with a cost-effective means of recording the data without requiring extra instrumentation and could capture a wide variety of other real-time data, ensuring its use in subsequent vehicle tests applications. Easy configuration and intensive analysis was provided via DiaLog software, increasing data accessibility using standard formats.For further information on the Influx Rebel LT Vehicle Data Logger, emissions dynamometer calibration procedures, or to find the ideal solution for your application-specific needs, contact a CAS Data Logger Application Specialist at (800) 956-4437 or visit www.dataloggerinc.com.Computer Aided Solutions, LLC. dba CAS DataLoggers is a distributor of data loggers, paperless recorders and data acquisition equipment.We have the industry’s most complete selection of data logging equipment, with hundreds of different models from more than 18 manufacturers. With data loggers from 1 to 300 channels we can record temperature, humidity, force/strain, pressure, flow, voltage, current, resistance, vibration and other digital signals, in connection with serial (RS-232/RS-485), CAN/OBD or SDI-12 devices. We sell directly to end users and also work through a network of distributors and resellers throughout the United States, Canada, Central and South America.CAS DataLoggers 8437 Mayfield Rd Unit 104 Chesterland, OH 44026

02-05-2019 | Health & Medicine
Rebel Herbs
Rebel Herbs to Participate in Integrative Healthcare Symposium
Bloomington, IN: (February 5, 2019) From February 21-23, Rebel Herbs will be exhibiting at booth #406 during the Integrative Healthcare Symposium (IHS). The annual conference is the only event in North America where practitioners from a wide array of disciplines join together as a unified community. Each year, attendees assemble to learn, connect, collaborate, and incorporate new techniques and insights into their practices. This year, distinguished speakers will discuss a
01-31-2019 | Health & Medicine
Rebel Herbs
Rebel Herbs Sponsors Institute of Women’s Health & Integrative Medicine Confer …
Bloomington, IN: (January 30, 2019) From January 25-27, the Institute of Women’s Health and Integrative Medicine held the first of their four annual conferences in Portland, Oregon. Rebel Herbs sent one of their capsule products, NuroSteady, to the participants. The conference was for professionals in the naturopathic medical field to learn and participate in a collaborative environment. Many prestigious speakers focused on an integrative approach to pediatrics and tackling
12-04-2018 | Health & Medicine
NuAxon Bioscience
Rebel Herbs Announces Product Launch
Bloomington, IN: (December 4, 2018) In the recent months, many in the medical field have brought awareness to the damaging effects that many commercial vapors contain harmful products and chemicals, such acrylonitrile, acrolein, propylene oxide, acrylamide and crotonaldehyde. Additionally, many vapor batteries operate at high temperatures (some almost at 500°F!), which can degrade the battery. In contrast, the Rebel Herbs company has created products that are safe (battery temperatures operate
03-06-2017 | Fashion, Lifestyle, Trends
Rebel Kitchen
Rebel Kitchen Exhibits Bold Tasting Coconut Beverages At Expo West
ANAHEIM, Calif. (March 10-12, 2017) – Rebel Kitchen, the UK-based brand dedicated to redefining health, will be showcasing its full line of certified organic, non-GMO, all-natural, vegan and paleo-approved Coconut Mylks and Water at Natural Products Expo West, booth number 8617. Attendees will have the opportunity to sit back, relax and find a moment of calm as they sample Rebel Kitchen’s bold tasting dairy-free Mylks, which are available in three
07-29-2016 | Industry, Real Estate & Constr …
CAS DataLoggers
Influx Rebel CT for CAN-Based Vehicle Recording
All-in-One Dataloggers Record Right out of the Box! CAS DataLoggers offers the Influx Rebel CT vehicle datalogger, a new all-in-one vehicle datalogger for CAN vehicular data collection applications. Now users can capture real-time data including Temperature, RPM, Brake and Throttle settings, Latitude/Longitude, Speed, and more. Rebel CT loggers record vehicle network and sensor data for extended periods without any user interaction. Call our Applications Specialists at (800) 956-4437 today! Influx Rebel series
03-29-2016 | Business, Economy, Finances, B …
Rebel Automotive
Rebel Automotive: Receive Special Offers Via the Text Club!
Receive special offers through the Text Club – Vehicle owners can become members of the new Text Club offered by Rebel Automotive. Enjoy the convenience of receiving special offers from this auto shop using their new mobile app via your smartphone. Read more for details. Henderson, NV (http://www.rebel-auto.com/) March 21, 2016 Rebel Automotive, a one-stop complete auto center located in Henderson, NV, invites vehicle owners to join their new Text Club. Customers
Comments about openPR
Your portal is fast, simple, and easy to use. Others may have more functions but they also demand more editing time, you have to preformat the text in order to achieve a good result etc. I think openPR is really fantastic!
Andreas Knepper, wallmedien AG