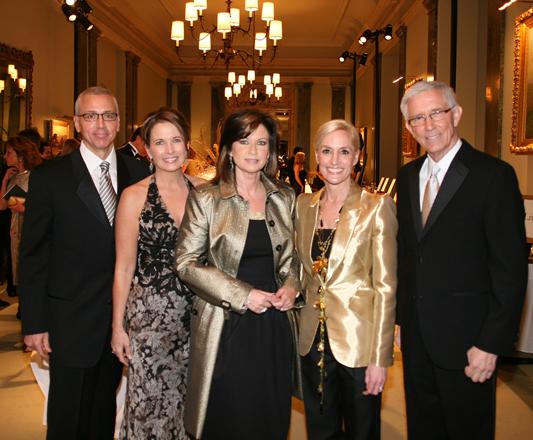 07-08-2016 | Associations & Organizations
Hillsides
Two Los Angeles Child Welfare Agencies Announce Official Affiliation
(PASADENA, CA, July 6, 2016)—The boards of directors of Hillsides and Bienvenidos announced the creation of a parent-subsidiary relationship as of June 30. Both Hillsides and Bienvenidos will retain their individual names with Bienvenidos becoming the subsidiary and an affiliate of Hillsides. Prompting this initiative is recent legislation, the Continuum of Care Reform (AB 403), that calls for providers like Hillsides and Bienvenidos to develop a comprehensive array of services
06-20-2016 | Health & Medicine
Hillsides
Individualized Engagement is Key to Reducing Medicating Children in Foster Care
(PASADENA, CA) Medication should never be used to manage a child but rather to assist with a clearly diagnosed psychiatric disorder, according to Hillsides Chief Executive Officer Joseph M. Costa. “More often than not, what helps reduce the utilization of medication is a greater level of individualized engagement, which includes educating the child and the family on the specific effects of any medication. Education, behavioral supports, and constant monitoring
06-20-2016 | Health & Medicine
Hillsides
Hillsides Encourages the Reduction of Medication for Children and Youth in Foste …
(PASADENA, CA) Hillsides encourages the reduction of medication for its clients, Hillsides Chief Executive Officer Joseph M. Costa said in response to an article in the Los Angeles Times addressing the over medication of children in the Los Angeles County foster care system. “The introduction of positive behavior reinforcement, an engaging individualized routine, strengthening of social skills, and cognitive therapies usually result in lessening the need for medication
06-20-2016 | Health & Medicine
Hillsides
Hillsides Gives Thanks to Its Nursing Staff in Honor of National Nurses Week
(PASADENA, CA) Hillsides Chief Executive Officer Joseph M. Costa used National Nurses week as an opportunity to thank the Hillsides nursing staff, acknowledging the tremendous contribution they make to assure that those Hillsides cares for are empowered and prepared to make better, healthier choices after experiencing trauma. Costa noted that many children in Hillsides Residential Treatment Services are admitted with some sort of psychotropic medication. A number of effective medications

05-10-2021 | Industry, Real Estate & Constr …
Markilux
A Gold Award
The ‘pergola stretch’ by markilux has been awarded the Innovation Prize at the ‘R+T digital’ trade fair The ‘pergola model’ developed by awning expert markilux was able to impress with its size and sophisticated technology during the nomination of the innovation prize 2021 at the International Trade Fair ‘R+T digital’. For example, the unique toothed drive belt of this awning with folding awning cover has made it possible to build impressive
07-09-2018 | Business, Economy, Finances, B …
we.CONECT Global Leaders GmbH
CiMi.CON Evolution Award 2018
Berlin, July 5, 2018 – At the CiMi.CON Evolution 2018, held from July 2-4, gathered the top experts in the industry. Co-Hosted with the Pharma CiMi.CON, these two conferences provide a unique glimpse into the fascinating world of competitive and market intelligence. Over 300 attendees participated in this year’s event, which offers a diverse range of topics and formats. On the evening of day one, the CI experts took part
01-04-2018 | Energy & Environment
FAIE HandelsgesmbH
FAIE INNOVATION AWARD 2018
For hundreds of years, humanity has passed on from generation to generation valuable knowledge about the agricultural economy. Farmers from around the world work in various conditions, using a variety of methods and techniques. Every day they prove their dexterity, knowledge and ability to adapt. However, the climate and global changes of our era pose new challenges to them more often than ever before.Progress is not only taking place in
09-09-2016 | Leisure, Entertainment, Miscel …
Phatmagic
NATIONAL AWARD
From Abracadabra to alakazam magician inline for National award Midlands, Sept. 7. 2016 - A MAGICIAN who has fought back from depression could be in line to win a national award. Eddie Young, who runs PhatMagic, has been nominated for a Kallikids award The 42-year-old, from Branston, set up Phat Magic more than four years ago after his wife, Debbie, bought him a magic set to 'give him something to do' while
05-24-2012 | Health & Medicine
Otto Bock HealthCare GmbH
Comprix Award for Ottobock
Advertising campaign changes healthcare communication True to the motto of this year's award "Best of...," Otto Bock HealthCare GmbH won the 2012 Comprix Gold Award over 301 competitors. The jurors presented the trophy for creative healthcare communication at the anniversary gala at the Tanzbrunnen in Cologne on May 4. In cooperation with the Düsseldorf agency Brand Pepper, the medical equipment company scored points for its advertising campaign for the Genium microprocessor-controlled
07-14-2008 | Health & Medicine
BookSpring
Volunteer Receives Award
BookSpring Names Mary Reynolds “Outstanding Reach Out and Read Advocate” AUSTIN, TX – BookSpring is proud to announce that Mary Reynolds has received the “Champion of Children’s Health and Literacy Award” for Outstanding Reach Out and Read Advocate. This award is an honor which recognizes individuals who make singular and outstanding contributions to the Reach Out and Read program in Central Texas. Mary Reynolds, President of Around Austin, Inc. and member
Comments about openPR
OpenPR is clearly structured and remains true to its principle of confining itself to the essential parts. OpenPR has proven to be a very good and reliable partner to our media agency: Within the shortest time the releases are online and go down well with the media representatives. The success of OpenPR is reflected in the steadily increasing number of press releases. It is good that OpenPR exists!
Ursula Koslik, Director Marketing & PR, F+W Hamburg