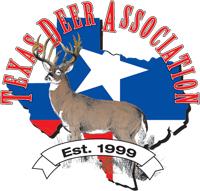 SAN ANTONIO, TX -- A cooperative research study between the College of Veterinary Medicine and Biomedical Sciences at Texas A&M University and the Texas Veterinary Medical Diagnostic Laboratory, College Station determined that tissue residues on the 11th day post-treatment in chemically immobilized white-tailed deer were at minimal levels. A total of thirty-three adult white-tailed deer donated by the Texas Deer Association were immobilized with a combination of the predominantly used capture drugs, Xylazine and Telazol, and then reversed 45 minutes later with Tolazoline. All injections were given intramuscularly in the neck above the shoulder. The dosages used were in the upper range of dosages recommended by a panel of five practicing veterinarians and two wildlife biologists all with a minimum of 10 years experience immobilizing whitetail-tailed deer.Body weights were estimated prior to drug treatment, and the dose was calculated as would customarily be done when darting deer on the hoof in a permitted facility. A blood sample was collected from each deer prior to and following drug treatment to assure all deer received a full dose of each immobilizing and reversal drugs. After anesthesia and prior to reversal, actual body weights were taken and exact dosages in mg/Kg of body weight were determined. After the deer recovered from the reversal of anesthesia, they were returned to their resident pen, given unlimited access to feed, water, and shelter for the following ten days.On day 11 post-drug injection, the deer were brought into a Cervid Handling Facility, blood samples were collected, and then the deer were humanely sacrificed by a penetrating captive bolt by trained Texas Parks & Wildlife personnel. At necropsy, tissue samples were collected from the right and left side of each deer's neck muscle, right and left hindquarter muscle, and liver. All the collected tissue samples were taken to the Texas Veterinary Medical Diagnostic Laboratory for analysis of metabolites of the injected drugs. Triplicate samples of all tissue and blood samples were analyzed and the results are summarized. Mean tissue residues for Xylazine, Tiletamine and Tolazoline were all below 1 part per million (ppm) and below 1.4 ppm for Zolazepam. The levels of Xylazine and Tolazoline in the deer tissue were ten times less than those published as safe for human consumption in beef following a withdrawal period of three days in a New Zealand study. The results of the present study in white-tailed deer indicate that there is no evidence that any residue present in venison eleven days post-treatment at the dosages delivered would have any adverse pharmacological effect in humans. Specifically, at 1 ppm (i.e., 1 mg/Kg and a Kg is 2.2 pounds), a person would have to consume 35 oz (2.2 lbs) of venison in a few hours to ingest 1 ppm of the subject pharmaceuticals. The study indicates that a withdrawal period of ten days is sufficient and safe for Xylazine, Telazol and Tolazoline in white-tailed deer at the usual and customary dosages of these drugs utilized in the immobilization of white-tailed deer.Study Information Contact: Dr. Donald S. Davis is Associate Professor, Veterinary Pathobiology, College of Veterinary Medicine, Texas A&M University###Headquartered in San Antonio, the Texas Deer Association is the only non-profit organization solely committed to improving the quality of Texas deer herds through improved habitat practices, modern harvest strategies and use of superior deer to enhance the deer herds. To learn more about the TDA or for membership information, visit www.texasdeerassociation.com or call (210) 767-8300.Texas Deer Association 403 E. Ramsey, Suite 204 San Antonio, TX 78216 Study Information Contact: Dr. Don Davis, 512-389-4701, Email: ddavis@cvm.tamu.edu Media Contact: Charles Rodriguez, 210-639-2218, Email: charles@texasdeerassociation.com

04-01-2021 | Advertising, Media Consulting, …
Global Market Estimates Research & Consultants
Veterinary Artificial Insemination Market Analysis
The findings reviewed by GME stated that the Global Veterinary Artificial Insemination Market will expand with a CAGR value of 5.9 % from 2021 to 2026. Increasing demand for animal products like dairy and meat is expected to increase the demand for artificial insemination as livestock breeders try to meet the growing demand for animal products. Browse 159 Market Data Tables and 119 Figures spread through 189 Pages and in-depth TOC
06-15-2020 | IT, New Media & Software
Market Insights Reports
Veterinary Clinics Services Market 2020 Strategic Assessments – Pol Veterinary …
Veterinary Clinics Services Market research report provides an actual industry viewpoint, future trends, and dynamics for market growth rate, market size, trading and key players of the industry with a forecast period of 2025. This comprehensive research report is titled Veterinary Clinics Services Market with Industry Analysis and Opportunity Assessment and it comprises a whole market scenario along with the dynamics affecting it. Top leading Companies of Global Veterinary Clinics Services
03-14-2018 | Health & Medicine
TMR - Research Report
Veterinary Drugs Market - Segmentation Details
The global veterinary drugs market is reasonably consolidated, with the top ten companies accounting for more than 70% of the overall market in 2015. Leading companies in the global veterinary drugs market include Merck Animal Health, Elanco Animal Health, Zoetis Inc., Bayer Animal Health, and Merial Animal Health. Fierce competition is the norm in the global veterinary drugs market due to the increasing commercial potential of the market and the
02-15-2018 | Advertising, Media Consulting, …
Research Nester Pvt Ltd
Veterinary Grooming Equipment Market
The global veterinary grooming equipment market is segmented into product type such as blades, trimmers & clippers, shampoos & sprays, bathers & dryers, shears, tools and others. Among these segments, shampoos & sprays segment is expected to occupy the top position in global veterinary grooming equipment market. Further, wide product line of veterinary shampoo & sprayers such as herbal shampoo, organic shampoo, anti-flea shampoo and others is expected to
09-05-2017 | Health & Medicine
REPORTSANDMARKETS
Veterinary Healthcare Market Report 2017
Reports And Markets Publish a New Market Research Report On –"Veterinary Healthcare Market Report 2017" Access Full Report With Table Of Contents @ https://www.reportsandmarkets.com/reports/asia-pacific-veterinary-healthcare-market-report-2017-1541125 In this report, the Asia-Pacific Veterinary Healthcare market is valued at USD XX million in 2016 and is expected to reach USD XX million by the end of 2022, growing at a CAGR of XX% between 2016 and 2022. Geographically, this report split Asia-Pacific into several key Regions, with
07-03-2017 | Health & Medicine
Pharmaceutical
Global Veterinary Vaccines Market
The Global Veterinary Vaccines Market was valued at US$ 5,688.7 million in 2015 and is projected to expand at a CAGR of 5.9% during the forecast period (2016–2024), as highlighted in a new report published by Coherent Market Insights. Rise in incidence of food-borne zoonotic diseases along with increase in population of livestock is expected to favor growth of the veterinary vaccines market. According to European food safety authority (EFSA),
Comments about openPR
We publish our press releases on openPR.de because we like people who are "open" - just like us.
Frank Obels, CEO, INCONET - Informationssysteme, Communication und Netzwerkberatung GmbH