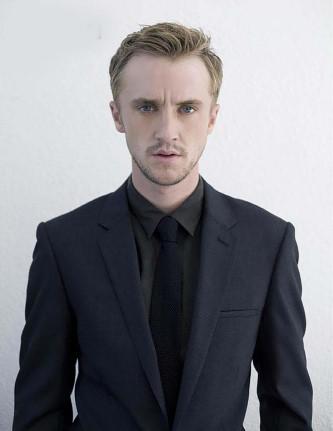 04-12-2019 | Advertising, Media Consulting, …
GoBig Creative
GoBig Creative opens new Sacramento Regional Sales Office.
One of the top Digital Marketing Agencies in Utah, GoBig Creative, has set up a new office in Sacramento, California. “We’ll be using this new office as our base of operations to provide affordable yet high-quality Digital Marketing Solutions to businesses in the Sacramento area.” – Daron Go, Marketing Director of GoBig Creative. GoBig Creative provides high-quality, cost effective marketing services such as Visual Content Creation, Online Ads, Social Media, Website
11-30-2016 | IT, New Media & Software
Chetu Inc
CHETU TO EXHIBIT AT CETPA ANNUAL CONFERENCE IN SACRAMENTO
Plantation, Fla (October 27th, 2016) -- Chetu is pleased to announce that they will be attending the 2016 CETPA (California Educational Technology Professionals Association) Annual Conference in Sacramento, California. The event takes place on November 8th through the 11th at the Sacramento Convention Center, located at 1400 J St. CETPA is the only association that focuses on the needs of the IT Professionals working in schools. The conference continues to grow
10-26-2012 | Logistics & Transport
Two Men And A Truck Sacramento
Sacramento Movers Write Concerning DIY Decorating Ideas For Halloween
With Halloween right around the corner it may very well be time to begin considering decorations. If a Halloween party is planned, do not forget that decorations are just as significant as halloween costumes. If the plan is only to distribute candy to trick-or-treaters, it still may be a really good idea to dress up the entry way or front yard. Sacramento Movers offer a handful of tips for utilizing
11-03-2011 | Business, Economy, Finances, B …
Westwood-Benson Business Brokers
Sacramento Document Management Companies Merge
Sacramento, CA - November 1, 2011; effective today two of the Sacramento’s region’s largest document management companies announced a merger. Softfile Document Management Solutions and Omni Mountain Document Management Services merged effective today. The merger of Softfile and Omni Mountain create one of the largest and most capable document management companies in the Sacramento region and the State. The merger of these two companies combine the technical strengths and expertise
07-14-2011 | Business, Economy, Finances, B …
Online Media Magic
Pacific Business Centers Sacramento Office Space Program
Eliminates The Home Business Stigma Sacramento, CA, July 13, 2011 - The most recent US census listed the probability that there are 38 million home based businesses. Unfortunately, ''home-based'' often conjures up the idea of kids in the backyard who run through the ''office'' while daddy is trying to take a conference call and mommy is entertaining a ''client'' at the half-cleared kitchen table. Not very flattering
12-22-2010 | Arts & Culture
I AM EQUAL FOUNDATION
HISTORIC PHOTO EVENT COMES TO SACRAMENTO
20 DEC. 2010 - Sacramento, CA - The ambitious I AM EQUAL photo project will officially launch its 29 city, 2011 U.S. tour at The Citizen Hotel in downtown Sacramento and open the doors to people of all walks of life who are stepping up for human rights & equality in our community and around the world. “We’re excited to open this project in, what TIME Magazine has called, the
Comments about openPR
9 o'clock: discuss press release with client, 10 o'clock: submit release to openPR, within the briefest possible time release is published and displayed in a prominent place on openPR.de. I am thrilled!
Zehra Spindler, Calypso Now! - Communication Agency