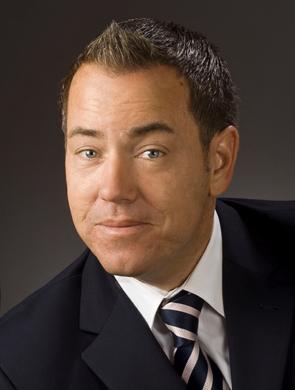 ZURICH, Januar 2010 – Jörg Krauss is the new General Manager at Swissôtel Düsseldorf / Neuss. He follows in the footsteps of Ronald Nilsson, who has started to act as General Manager of the first Swissôtel in India. J. Krauss comes from the NH Hotel Group, where the 40-year-old was previously the Regional Director for three NH hotels in the Heidelberg region. As the son of a hotelier couple, Krauss grew up in the hotel industry. Born in the Allgau region of Germany, he began his career as a chef in 1986 before continuing to be trained as a hotel manager. In 1992, Krauss joined the Hotel Eiss in Leonberg as an assistant manager - a year later, he moved to the Astron Hotel Hirschberg/Heidelberg where he was soon promoted to Deputy Manager and then General manager. In 1997, he was appointed to the same position at the Astron Hotel Oberhausen and between 2000 and 2006 managed the Astron Hotel Heidelberg. Between 2003 and 2004, he handled the takeover of the Astron Hotels in the Bergstrasse region by the NH Hotel Group. Since 2005, he has also been the manager in charge of the NH Hotel Hirschberg as well as being the regional director for the south-west region, at times responsible for 7 hotels with a total of 200 employees. Since 2007, Jörg Krauss has worked as General Manager of three NH hotels in the Heidelberg region with a total of 330 rooms and 80 employees.Swissôtel Hotels & Resorts is a distinctive group of deluxe hotels for today’s discerning business and leisure travellers, combining the renowned Swiss touch with a fresh, contemporary and modern design. Each Swissôtel hotel offers personalized service with charm and efficiency. Located in main gateway destinations and city centres, the hotels have convenient access to business and shopping districts, and local attractions. Swissôtel Hotels & Resorts worldwide have won prestigious awards and accolades. Swissôtel Hotels & Resorts is owned by Fairmont Raffles Hotels International, a leading global hotel company with 94 hotels and resorts worldwide under the Raffles, Fairmont and Swissôtel brands. The company also manages Fairmont and Raffles branded Residences, Estates and luxury private residence club properties. Swissôtel Hotels & Resorts under development: Swissôtel Dresden, Germany (2011) Swissôtel Kolkata, India (January 2010) Swissôtel Makkah, Saudia-Arabia (2011)Swissôtel Hotels & Resorts Balz-Zimmermann-Str.7 8302 Kloten, Zürich SwitzerlandEva-Maria Panzer Director Communication evamaria.panzer@swissotel.com