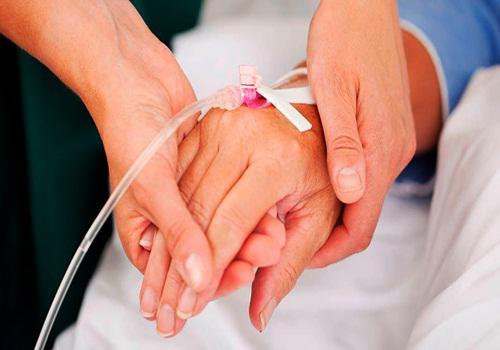 Driven by the changed outlook of value-based healthcare model, U.S. home infusion therapy market growth has been rather pronounced in the recent years. As healthcare organizations are mapping strategies to identify ways that could meet the parameters of higher quality and reduced costs, home infusion therapies have gained paramount importance in the U.S. healthcare ecosystem. Undeniably, continuous improvisation of existing medical devices for ensuring an enhanced user experience, has brought a consequential transformation in the business space. Say for instance, traditional infusion pumps that were previously used in the U.S. home infusion therapy market are now replaced with smart infusion pumps in a bid to narrow the dosage error margins. In fact, estimates claim, infusion pumps held approximately 51% of U.S. home infusion therapy industry in 2017, primarily owing to the rising number of baby boomers.Request for a sample of this research report @ https://www.fractovia.org/request-sample/964According to a recent report by Global Market Insights, Inc., home infusion therapy industry in the U.S. is forecast to cross USD 13.5 billion by 2024 with a double-digit CAGR of 10% over the coming six years. The figure is almost double to that of the yesteryear’s market valuation of USD 7 billion, which validates the commendable growth prospects of this business vertical in the ensuing years. As per experts’ opinion, the increasing geriatric population base in the country vulnerable to chronic infections due to poor immunity system is a vital factor boosting the growth.Estimates suggest, the proportion of senior population (aged 65 years and above) in the U.S. is expected to increase from 15% in 2016 to more than 20% by 2050. Statistics put forth by World Atlas further quotes that the overall elderly populace in the U.S. would be over 98 million by 2060. The growing demand of these therapies by the elderly population is majorly attributed to the ease and convenience ordered by the approach. Growth Drivers:1. Growing hospital acquired infections2. Rising prevalence of chronic diseases3. Advancements in technology4. Growing geriatric population5. Presence of homecare facilitiesAnother driving force catalyzing the expansion of U.S. home infusion therapy market is increased prevalence of chronic diseases and hospital acquired infections. According to a report by CDC, healthcare associated infections (HAIs) unfortunately affects nearly 5% to 10% of the hospitalized patients in the U.S. annually. Reportedly, the 1.7 million HAIs annually result in 99000 casualties and an estimated USD 20 billion as healthcare costs.Browse Full Report @ https://bit.ly/2uC1ENC This mammoth prevalence is prompting regional healthcare market players to redefine the way infusion drugs are delivered in home, thereby creating lucrative growth avenue for U.S. home infusion therapy market. Also, it has been observed that patients suffering from chronic diseases like cancer are inclining more toward home infusion therapies, in a bid to neutralize the side effect of invasive chemotherapy.Speaking of the competitive spectrum, home infusion therapy market in the U.S. is inclusive of renowned biggies like Amsino International, Becton Dickinson, ICU Medical, Moog, Baxter International, Smiths Medical, and Fresenius Kabi. From what has been observed from the recent trends, a majority of these players are taking laudable interests in product innovations to consolidate their market stance in the strategic landscape. Baxter International’s yesteryear launch of a DeviceVue advanced asset tracking system is a vital testament to the aforementioned declaration. The American healthcare giant has reportedly deployed a Sigma Spectrum Infusion System for better monitoring of infusion pumps through smart phones. With appreciable efforts undertaken by the industry players on product front in tandem with the growing prevalence of healthcare associated infection rates, U.S. home infusion therapy market is certain to witness lucrative proceeds over the ensuing years. Anti-infectives application which procured a prominent chunk of the industry in 2017 with a share of more than 27% is slated to continue its dominance in the coming years, with North East region emerging as a major beneficiary of this trend.About Fractovia:Fractovia.org is one of leading in-house and free news portal. It is fully automated, and operates on a constant premise, interfacing with news sites and offering redesigned breaking features to readers across the globe. Our mission is to offer individuals opportunities for connections with news writers and distributors which they can pursue. We operate by mapping articles pertaining to breaking news, constantly and progressively, against a pre-determined word-based theme, offering important connections to readers and clients, as well as distributors.Contact Us:1968 S. Coast Hwy #586, Laguna Beach CA 92651, USA

07-20-2020 | Health & Medicine
Beacon Infusion Healthcare Services
Beacon Infusion Opens New Infusion Location in Hackensack, NJ
PRESS INFORMATION FOR IMMEDIATE RELEASE: July 17, 2020 Contact: Beacon Infusion Healthcare Services www.beaconinfusion.com 833-223-2266 Beacon Infusion Opens New Infusion Location in Hackensack, NJ Rapid growth and expanding patient base accelerate need for new locations HACKENSACK, NJ JULY 17, 2020 – Beacon Infusion Healthcare Services, a pioneer in national freestanding infusion centers providing infusion and long-acting injectable care, announces the addition of a brand-new location to serve its growing patient base. This is Beacon Infusion’s second location in New
04-24-2019 | Health & Medicine
Market Density
Global Infusion Pump Market Insights, Forecast
Traditional medical infusion pumps are employed in a range of applications and settings from basic fluids for hydration to administering pain medications and antibiotics. Such pumps have been used in long-term care settings, hospitals, physician’s offices, and home settings. This can be further broken out to uses specifically in the emergency department, operating room, and neonate department. This device is a high-interest area for several companies, given the aging of
08-20-2018 | Health & Medicine
Coherent Market Insights
Infusion Pumps Market – Latest Developments
Infusion Pumps Market report 2018-2026 focuses on the major drivers and restraints for the key players. These research report also provides granular analysis of the market share, segmentation, revenue forecasts and geographic regions of the market. The Infusion Pumps market research report is a professional and in-depth study on the current state of Infusion Pumps Industry. The Infusion Pumps Market research report covers the present scenario and the growth prospects of
07-02-2018 | Health & Medicine
GMC-I Messtechnik GmbH
Modular infusion pump tester reduces „down time“
Nuremberg, June 29, 2018 : GOSSEN METRAWATT, supplier of measuring and testing technology, presents the SECULIFE IFPRO, a new modular analysis system for infusion pumps. The high-precision, easy-to-use system has full touchscreen control of all processes without the use of old-fashioned keys and buttons. The 7" colour touch screen display can be infinitely adjusted for optimum operation and readability. The highlight of the SECULIFE IFPRO is the new, innovative,
06-29-2018 | Business, Economy, Finances, B …
Market Research Future
Infusion System Market: Global Snapshot by 2025
Global Infusion system Market is projected to grow at a CAGR of 4.9% and is expected to reach US$ 44333.5 million by 2025. Globally, North America accounted for the largest market share in 2016. Global Infusion system is one of the fastest market. The global infusion systems market is segmented on the basis of applications which comprises of chemotherapy, diabetes, gastrointestinal, pediatrics, and others. The Global Infusion system market comprises
09-08-2017 | Health & Medicine
Transparency Market Research
Infusion Pumps Market | Market Growth Analysis 2019
The global infusion systems market is projected to reach around US$7.7 bn by the end of 2019, after being recorded at US$5.4 bn in 2012. The market is progressing at a CAGR of 5.30% from 2013 to 2019, according to a research report released by Transparency Market Research. The research report, titled “Infusion Pumps Market (Large Volume, Disposable, Syringe, Ambulatory, Implantable) - Global Industry Analysis, Size, Share, Growth, Trends and
Comments about openPR
We publish our press releases on openPR.de because we like people who are "open" - just like us.
Frank Obels, CEO, INCONET - Informationssysteme, Communication und Netzwerkberatung GmbH