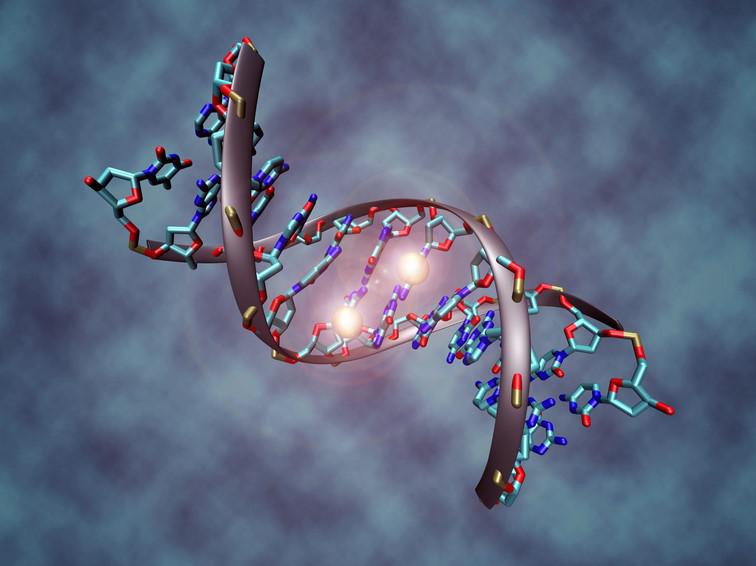 Genetic testing market has undoubtedly been one of the most transformational & pronounced verticals of the healthcare fraternity in terms of remuneration portfolio. With an industry valuation of USD 10.6 billion in 2017, genetic testing industry has brought about a massive revolution in healthcare since its inception, and is slated to witness a rather commendable commercialization potential in the ensuing years. The market, in fact has been known to actually come into limelight when this technology provided an unprecedented insight into a person’s family history and could also identify potential health risks. With just few swabs of body fluid extract, genetic testing industry brought a complete new dimension in mapping of genes, proteins, and chromosome, helping in determining the presence of diseases that could not depict external symptoms.Request for a sample of this research report – https://www.fractovia.org/request-sample/973 Speaking of the robust product demand, it is imperative to mention that genetic testing industry players such as the Genos, 23andMe, and AncestryDNA have been proven particularly popular, with tens of thousands of people purchasing their at-home testing kits every year. Innovations brought forth by these leading startups have lent a great deal of efficiency to the general public. A recent instance that has grabbed the headlines in this regards is that of 23andMe, that has received its first FDA approval of its test for some BRAC1/BRAC2 mutations. These genes that the test covers have been linked to an increased risk of ovarian, breast, and prostate cancer.The company came into the public eye in late 2015, when it introduced a DTC (direct-to-consumer) test providing parents with the necessary information about the genes their future children might carry. The FDA has granted an exemption allowing it to provide genetic tests for 10 diseases including Alzheimer’s and Parkinson’s. Whether perceived with suspicion or hope by patients and governments, the new frontiers opened by these technological innovations are undeniably leading to unprecedented opportunities in the global genetic testing industry.Browse Full Report @ https://bit.ly/2OaSjWb With this technology further providing an in-depth understanding of genomics, cancer diagnosis applications have emerged as one of the most enterprising revenue-generating verticals of the genetic testing market. In fact, reports claim this segment to have dominated the genetic testing market with revenue estimates surpassing USD 5562.8 million in 2017. Rising prevalence of cancers including breast, ovarian, lung, and prostate, and increasing awareness regarding early diagnosis have been identified as the chief drivers uplifting genetic testing market growth from this segment. A report compiled by the Institute for Health Metrics and Evaluation (IHME), which throws light on the growing number of cancer deaths, stands as a valid testimony in this regard. According to IHME, the year 2016 recorded more than 8.9 million cancer deaths, 5% to 10% of which were caused due to inheriting genetic mutation.The global genetic testing market has also been gaining precedence in the diagnosis of cardiovascular diseases, identifying health risks, and analyzing treatment response. If estimates are to be believed, diagnostic testing accounted for highest market share with a revenue of over USD 5690.6 million. Prenatal and newborn testing is another emerging segment that is witnessing lucrative growth. The rising prevalence of genetic disorders and chromosomal abnormalities in the newborns has been declared as one of the leading causes of infant mortality and morbidity, in turn driving demand for prenatal testing. Amidst this backdrop, reliable reports claim that prenatal & newborn genetic testing market is poised to register a y-o-y growth of 11.6% over 2018-2024.About Fractovia:Fractovia.org is one of leading in-house and free news portal. It is fully automated, and operates on a constant premise, interfacing with news sites and offering redesigned breaking features to readers across the globe. Our mission is to offer individuals opportunities for connections with news writers and distributors which they can pursue. We operate by mapping articles pertaining to breaking news, constantly and progressively, against a pre-determined word-based theme, offering important connections to readers and clients, as well as distributors.Contact Us:1968 S. Coast Hwy #586, Laguna Beach CA 92651, USA

06-07-2018 | Advertising, Media Consulting, …
HTF Market Intelligence Consulting Pvt. Ltd.
Preimplantation Genetic Testing Market is Blooming Worldwide
HTF MI recently introduced Global Preimplantation Genetic Testing Market study with in-depth overview, describing about the Product / Industry Scope and elaborates market outlook and status to 2023. At present, the market is developing its presence and some of the key players from the complete study are F. Hoffmann-La Roche, Abbott Laboratories, Thermo Fisher Scientific, Natera, Illumina & Perkin Elmer etc. The market Study is segmented by key regions which
02-22-2018 | Advertising, Media Consulting, …
MarketResearchReports.biz
Genetic Analysis ASProduct Pipeline Analysis, 2017 Update
"The Report Genetic Analysis ASProduct Pipeline Analysis, 2017 Update provides information on pricing, market analysis, shares, forecast, and company profiles for key industry participants. - MarketResearchReports.biz" About Genetic Analysis ASProduct Market Genetic Analysis AS (Genetic Analysis) is a molecular diagnostic company that mapping of microbiota by utilizing the GA-map technology to develop IVD tests in various diseases. The company develops gene-based routine tests for the mapping and diagnosis of
08-18-2017 | Health & Medicine
Transparency Market Research
Preimplantation Genetic Diagnosis: Scope & Revenue Outlook
Rising numbers of assisted reproductive procedures such as in vitro fertilization (IVF) is Asia is the most prominent factor driving the market for preimplantation genetic diagnosis. This is, in essence, the result of factors such as the delayed age of conception among Asian women, the rising rate of infertility among the population, and the significantly expanding medical tourism industry in the region. Rising disposable incomes and increased awareness regarding the
06-30-2017 | Health & Medicine
Kuick Resarch
India Genetic Testing Market Analysis
India is witnessing an accelerating shift towards the prevalence of non-communicable diseases, having secured third position in congenital malformations and genetic disorders as the commonest causes of mortality in neonates in cities. The ability to identify these non-communicable diseases at an early stage lies within the genetic screening segment. Genetic screening, however, is still in its infancy and there are many challenges that need to be overcome in order to
04-26-2017 | Health & Medicine
TMR - Research Reports
Genetic Testing Services Market Analysis – 2023
Genetic testing is one of the most rapidly growing segments in molecular diagnostics industry that helps in delivering customized health services and is also called as personalized medicine. The genetic testing services include genetic testing, results interpretation, information analysis, education and counseling. Growing know-how about genetic testing, technological advances in genetic sequencing, rising incidences of genetic diseases especially cancer is the major factors propelling the genetic testing services market. Currently
07-29-2016 | Health & Medicine
Transparency Market Research
Preimplantation Genetic Diagnosis - Saving Offsprings From Any Genetic Disorder
The market for preimplantation genetic diagnosis (PGD) in Asia features high fragmentation when it comes to diagnostic service providers. The large number of local players has intensified the competitive rivalry in the region. However, owing to the lack of better alternatives to PGD, costs of these procedures remain high, a major limiting factor for the market, especially in cost-sensitive developing countries in the region. A recent report by TMR suggests that
Comments about openPR
Your portal is fast, simple, and easy to use. Others may have more functions but they also demand more editing time, you have to preformat the text in order to achieve a good result etc. I think openPR is really fantastic!
Andreas Knepper, wallmedien AG