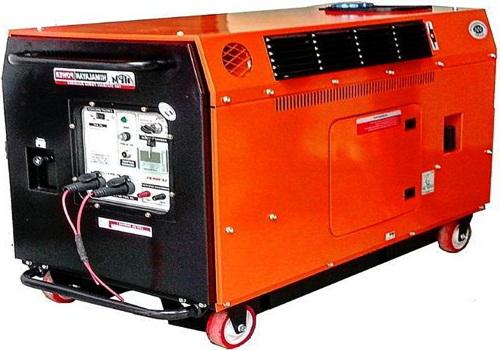 The growth prospect of U.S. portable generators market seems to be quite pronounced with the country facing severe power outages prompted by weather disruptions, rolling blackouts, security concerns, and grid failures. According to a report conjointly put forth by U.S. Department of Energy and President’s Council of Economic Advisers in the year 2013, severe weather is claimed to be the leading cause of power disturbances in America. Reportedly, within the span of 2003-2012 the nation has experienced nearly 679 extensive power outages due to severe weather. Not just that, over this period the weather-related power disorders were estimated to have cost American economy an inflation of approximately USD 18 billion to 33 billion. Amidst this backdrop, U.S. portable generators industry is undoubtedly sending out waves of anticipation for a significant change in the energy spectrum.Request for a sample of this research report – https://www.fractovia.org/request-sample/908 Since the business space is highly competitive, regional companies have been bending over backwards on product innovations via major investment in technology platforms. A vital instance testifying the declaration is Generac Power Systems’ recent introduction of CO-SENSE™ at the National Hardware Show in Las Vegas, this year. This groundbreaking technology brought forth by the well-established U.S. portable generators market player, claims to protect portable generator user against CO poisoning. The inherent technology reportedly feature a patent-pending algorithm that trips the generator immediately as soon as the carbon monoxide level reaches unsafe levels.In this regard, it is prudent to mention that the impetus behind the new wave of innovations that U.S. portable generators market is characterized by, mainly stems from the freshly revised portable generator safety standards. That is to say, PGMA (The Portable Generator Manufacturers’ Association) has recently announced its updated G300-2018 portable generators Safety and Performance standard. An enhanced version of its predecessor ANSI/PGMA G300-2015, the revised standardization solely grounds on CO safety by virtue of a cost-effective comprehensive methodology that claims that operating generators indoors can save up to 99% reduction in death. This particular regulation is expected to gain a mass acceptance across entire U.S. portable generators market, as it has already received a green signal from ANSI. Experts’ believe the CO sensing technology adds further value to this standard, as it would not only lead to cutthroat innovations but also environmentally viable ones.Browse Full Report @ https://bit.ly/2mHJXbXIn sync with the sustainability march, a transformative trend has been already observed in U.S. portable generators market over the recent years. Say for instance, altE Store, a leading distributor of renewable energy equipment based out of Boxborough, MA, has recently made it to the headlines with its new range of solar powered portable generators. In a bid to establish its stance in the expanding U.S. portable generators industry, the company has introduced its new product line to address the exponentially growing needs of the customers. There is a dire need to install portable solar power generators in areas where uninterrupted power supply is absolutely a mandate but are facing frequent power cuts subject to extreme weather fluctuations. Considering the case of altE itself, following the catastrophic hurricane in 2017, it has left no stone unturned to start its own line of mobile power generators to remain in pace with the market demand.South Atlantic region was reported to be one of the most highly impacted regions of the hurricane in 2017, which undeniably has acted as a catalyst in proliferating the market trends in this particular turf. The paramount stance of South Atlantic belt in the entire U.S. portable generators industry is quite coherent from the estimation that forecasts that the annual shipments of the regional market would exceed 400,000 units by 2024. Unpredictable power disorders subject to sever natural disasters like Atlantic hurricane is claimed to be the primary factor stimulating the regional market trends. Taking the case of 2017 when Irma struck Florida which led to prolonged power cut, reportedly affected almost 64 percent of the overall electric utility domains of the state. Apart from South Atlantic belt, North East coast of US portable generators market is likely to witness appreciable growth at 5% CAGR over 2017-2024. New York, Pennsylvania, and New Jersey would be the major revenue grounds.About Fractovia:Fractovia.org is one of leading in-house and free news portal. It is fully automated, and operates on a constant premise, interfacing with news sites and offering redesigned breaking features to readers across the globe. Our mission is to offer individuals opportunities for connections with news writers and distributors which they can pursue. We operate by mapping articles pertaining to breaking news, constantly and progressively, against a pre-determined word-based theme, offering important connections to readers and clients, as well as distributors.Contact Us:1968 S. Coast Hwy #586, Laguna Beach CA 92651, USA

05-17-2021 | Energy & Environment
Williston Force Portable AC
Williston Force Portable AC Review
This is a Williston Force Portable AC Reviews. Ah, the joys of summer, long afternoons laying out at the beach, sunset barbeques and of course, baseball. But many of us can stand the heat for only so long. Working, exercising and even sleeping in these hot regions would be extremely uncomfortable and downright dangerous for some people without air conditioning. Air conditioning has changed the way we live and work. It has
11-07-2017 | Industry, Real Estate & Constr …
CAS DataLoggers
Portable Solutions Log Data Anywhere!
Grant Squirrel Data Loggers for In-Field Data Capture Ready to be deployed anywhere you need to collect data, Squirrel data loggers from Grant Instruments are rugged, reliable, and portable. Squirrel loggers feature a built-in display and keypad allowing users to configure and then leave them to collect data in almost any application including research, quality assurance, production monitoring, environmental, lab, and more. For specifications and more info, just call an Application Engineer
07-07-2017 | Health & Medicine
Medical Device By CMI
Global Portable Diagnostic Device Market
Information and communication technologies (ICT) are widely used in healthcare industry and have led to significant advancements in ICT based medical devices. Such developments will significantly reduce the office visits in the near future. Portable medical diagnostic devices enable the user to perform diagnosis at home, clinic or any remote area including a suggestion for medication and recommendation to see a doctor thereby reducing potential health risk. These devices are
05-15-2017 | Energy & Environment
MarketResearchReports.biz
Global Portable Generator Market 2017-2021
MarketResearchReports.Biz presents this most up-to-date research on "Global Portable Generator Market 2017-2021" Description Generators convert mechanical energy into electrical energy and are designed to provide temporary AC or DC power. They serve as a source of backup or emergency power for residential, commercial, and industrial applications. Generators convert mechanical energy into electrical energy. The source of mechanical energy varies from an internal combustion engine and a hand crank to compressed air and
03-23-2017 | Industry, Real Estate & Constr …
ReportBazzar
Global Portable Keyboards Market Research Report 2017
This report studies Portable Keyboards in Global market, especially in North America, Europe, China, Japan, Southeast Asia and India, focuses on top manufacturers in global market, with capacity, production, price, revenue and market share for each manufacturer, covering Casio RockJam Hamzer Yamaha Best Choice Products AirTurn Request Sample Report: http://www.reportbazzar.com/request-sample/?pid=788831&ptitle=Global+Portable+Keyboards+Market+Research+Report+2017&req=Sample ChromaCast Generic LIPPO Andoer Market Segment by Regions, this report splits Global into several key Regions, with production, consumption, revenue, market share and growth rate of Portable Keyboards in these regions, from 2011
03-22-2017 | Advertising, Media Consulting, …
Persistence Market Research Pvt. Ltd
Global Portable Fluid Chiller Market
Portable Fluid Chiller Market: Drivers and Restraints The global portable Fluid Chiller market is expected to grow at a significant CAGR due to the increasing demand from various end-use industries for low and ultra-low temperature as well as process cooling. The growing preference from various end-use industries such as automotive, chemical processing, semiconductor, etc. is expected to create significant demand for portable fluid chiller market over the forecast period. The growth
Comments about openPR
We publish our press releases on openPR.de because we like people who are "open" - just like us.
Frank Obels, CEO, INCONET - Informationssysteme, Communication und Netzwerkberatung GmbH