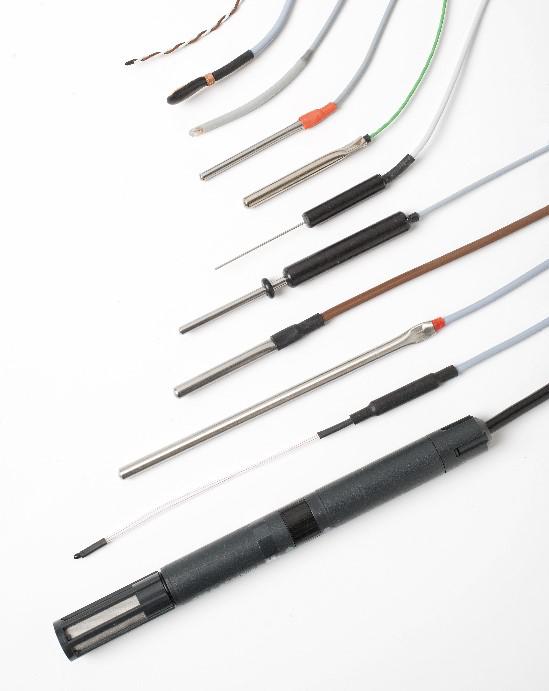 Calculating Steinhart-Hart Coefficients for High-Precision ReadingsTechnicians and engineers often use thermistors to measure temperature in applications which require high accuracy. Thermistors operate by changing resistance as their temperature changes in a very predictable but non-linear way. This characteristic allows them to provide higher accuracy than thermocouples or RTD’s. In order to ensure this high accuracy, thermistor calibration is an important consideration.One challenge when using thermistors is calculating the temperature from the measured resistance value. To accomplish this, the Steinhart–Hart equation is used to convert a thermistor sensor’s resistance to temperature. When compared against other methods, Steinhart-Hart models will give you much more precise readings across the sensors’ temperature ranges, often within a few hundredths of a degree. Although the Steinhart-Hart equation is not universally known, it is useful in data logging applications such as measuring lake water temperatures, solar hot water systems, and skin temperature measurement. Many high quality data loggers such as the dataTaker DT8x, Grant SQ20xx and VersaLog VL-TH allow you to enter the coefficients to automatically derive temperature from measured thermistor resistance. As part of our free tech support, we at CAS DataLoggers often provide help in this area for customers who call in asking how to perform the conversion. Thermistor manufacturers don’t always provide users with Steinhart–Hart coefficients for their sensors; they may simply provide resistance versus temperature tables. In the case of a manufacturer-provided table, it’s not immediately obvious how to derive the necessary coefficients. Or, the user may want to perform self-validation of thermistors by measuring the resistance at several known temperature points and use this data to derive the Steinhart-hart coefficients. To speed up the process, there are several Steinhart-Hart calculators online which allow you to enter the temperature and resistance values and then generate the coefficients. You’ll find a link to our own online calculator, along with an example table, at the end of this article.Deriving Steinhart-Hart Coefficients for Thermistor Calibration: In cases where the Steinhart–Hart coefficients are not provided by your thermistor manufacturer or if you are doing thermistor calibration, you can derive them yourself. First, you’ll need three accurate resistance values (either from a table or measured) at three known temperatures and then insert them into the formula to derive the A, B and C coefficients. Our engineers developed a Steinhart-hart thermistor coefficient calculator in the form of an Excel spreadsheet that does this automatically. The figure below shows an example of how to enter your actual temperature in Celsius and Kelvin (Col. B and C) and your sensor’s resistance (Col. D) at 3 reference points (T1-T3) to derive the 3 Steinhart-Hart coefficients (A, B, C).You can obtain a copy of this spreadsheet by clicking here. To get more information on thermistor calibration or thermistor data loggers, contact a CAS Data Logger Applications Specialist at (800) 956-4437 or visit the website at www.DataLoggerInc.com.Computer Aided Solutions, LLC. dba CAS DataLoggers is a distributor of data loggers, paperless recorders and data acquisition equipment.We have the industry’s most complete selection of data logging equipment, with hundreds of different models from more than 18 manufacturers. With data loggers from 1 to 300 channels we can record temperature, humidity, force/strain, pressure, flow, voltage, current, resistance, vibration and other digital signals, in connection with serial (RS-232/RS-485), CAN/OBD or SDI-12 devices. We sell directly to end users and also work through a network of distributors and resellers throughout the United States, Canada, Central and South America.CAS DataLoggers 8437 Mayfield Rd Unit 104 Chesterland, OH 44026

04-25-2018 | Industry, Real Estate & Constr …
CAS DataLoggers
Weather Station Data Logger Collects Meteorological Data
Complete Weather monitoring using an Intelligent Universal Data Logger A construction company needed to collect meteorological data to study the effects of building materials such as roofing tile. CAS DataLoggers provided the dataTaker DT-85 for an environmental monitoring solution. Long-term monitoring of a variety of weather data is required to determine how the products perform under harsh environmental conditions. The field engineer desired a single recording device to connect with
01-05-2018 | IT, New Media & Software
TRG International
How to turn Data into Smart Data
Both enterprises and individuals have to process some kind of data every day, whether it is a short message, a notification, a piece of news, statistics, a video, etc. If we accumulate all the data acquired in a month, the amount guarantees to shock anyone. Turning data into smart data As we go through the daily pile of data generated, not only must we record it, we also need to make sense
12-01-2017 | Advertising, Media Consulting, …
Transparency Market Research
Data Quality and Data Governance Solution Market
In the enterprise data management ecosystem, data quality is a broad term which refers to the quality, integrity, and consistency of data and/or process etc. Data quality also implies the degree of data accuracy and consistency. On the other hand, data governance focusses on the management of data assets by assigning authority, control, and responsibility of data and encompasses three key areas: people, process, and technology. Data quality and data governance
04-20-2017 | Business, Economy, Finances, B …
Leo Data Services
B2B Data Matching Services | Leo Data Services
B2B Data Matching Services - Revolutionary Marketing Campaigns In today's business scenario, managing successfully B2B Data Matching for prospect customer can be a challenge even the most capable organizations. Business to Business Marketing services from Leo Data Services are always customized to meet the needs of the business prospects. We make sure that our clients have quick, reliable access to their data through several possible interface methods that cover everything from data
02-03-2017 | Business, Economy, Finances, B …
B2B Data Services
B2B Data Services - Data Management - Data Providers
When it comes to Online Marketing, B2B Data Services is a well-known name for maintaining reputation among Digital Marketing competitors. It is a one stop shop for start-ups and enterprises looking for cost cutting and out of box solutions in the field of Data Management and services related to Campaign Marketing, Mobile Viral Marketing, Social Media, Search Engine Optimization, Email Marketing Campaigns and Internet Marketing. Sharing space among the well-established
12-13-2016 | Industry, Real Estate & Constr …
CAS DataLoggers
Portable WiFi Data Loggers Record Data Anywhere!
Grant Squirrel Series Offers Reliable Standalone Operation wifi_dataloggersIf you need a device to collect data in the field, in the lab, or on the factory floor, CAS DataLoggers can provide your application with Portable WiFi Data Loggers from Grant Instruments. Common parameters such as Temperature, Humidity, Voltage, Current, Pressure and Force can all be measured and stored using Grant Squirrel series data loggers. These handheld data loggers have internal batteries allowing them
Comments about openPR
OpenPR ist the nicest and most clearly laid out PR platform I have seen to this day. The press releases are displayed very nicely and clearly and without any unnecessary frills. The updates are fast and the finished release looks appealing and is clearly legible. Even with 16 years of experience one discovers new things from time to time. Congratulations!
Gabriele Ketterl, Director Marketing & PR, Menads