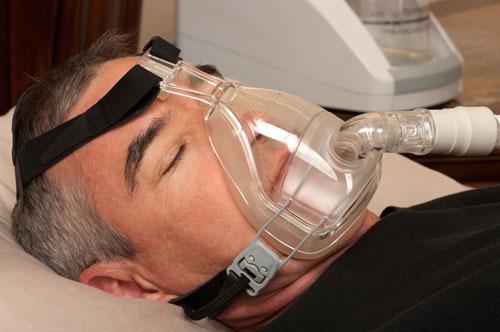 In the recent times, sleep apnea devices market has been witnessing commendable growth owing to the drastic changes in lifestyle across the globe. Add to it, the growing prevalence of obesity among the general populace has resulted in increasing incidence rate of obstructive sleep apnea. It would be prudent to mention that untreated sleep apnea is known to alleviate the occurrence of stroke, various heart diseases, and diabetes. Apparently, numerous sleep apnea devices industry players have been deploying extensive resources in an effort to develop technologically advanced devices to significantly lower the ill-effects of this disorder.Request for a sample of this research report - https://www.fractovia.org/request-sample/308Speaking along similar lines, it has been observed lately that various upcoming firms partaking in sleep apnea devices market appear keen on raising massive amounts of funds to manufacture enhanced sleep apnea preventing devices. For instance, the Australia based Oventus Medical has reportedly secured USD 6.5 million in a new round of financing in 2017. Apparently, the firm would utilize the funds to enhance it as an oral device, christened as O2Vent, designed to treat snoring and sleep apnea via incorporating an airway that would bypass tongue, soft palate, and nasal obstructions. Apparently, the new device has been garnering rave reviews across the sleep apnea devices industry given that the device was put through a clinical trial in which it significantly eliminated or reduced snoring in almost 100% patients.In yet another instance that demonstrates the rising prominence of technically sound products, the Food and Drug Administration (FDA) of the United States has approved the oral appliance compliance system DentiTrac in 2016. The cutting-edge system has been developed by the leading sleep apnea devices market giant Braebon and can now be used with the Airway Management Inc TAP family of oral devices. Reportedly, the device is a combination of a web cloud portal and a wearable micro-recorder that would streamline the oral appliance measurements for sleep apnea. The wearable micro-recorder, integrated in an oral appliance, would seamlessly collate accurate data to affirm that the patient is following prescribed therapy. The measurements are then uploaded on the cloud portal where dentists and physicians can securely asses the implementation of sleep apnea therapy and review patient information.Growth Drivers:1. Presence of advanced healthcare infrastructure in North America2. Growing prevalence of sleep apnea and related co-morbidities in North America3. Rising demand for portable, efficient and superior sleep apnea devices4. Insurance coverage for treatment of sleep apnea and other sleep disorders in U.S.5. Growing awareness regarding sleep apnea and other sleep disorders6. Increasing aging population putting strain on European healthcare7. Product innovation strategy adopted by key industry players in EuropeBearing in mind the aforementioned instances, it is quite imperative to state that the technologically progressive products being developed by firms, of late, have impelled the overall growth prospects of sleep apnea devices industry. In fact, as per a research report compiled by Global Market Insights, Inc., the total remuneration portfolio of sleep apnea devices market stood at USD 5.2 billion in the year 2016.Speaking of the regional growth potential of sleep apnea devices industry, U.S. apportioned the largest revenue share in 2016, as per reliable estimates. Owing to the presence of high-grade technology products, increased investment in research and development, advanced healthcare services, and high prevalence of sleep related ailments in the nation, the requirement for novel sleep apnea devices is on the rise. According to National Sleep Foundation, approximately 18 million American adults are struggling to cope with sleep apnea and the number of children suffering with obstructive sleep apnea has been on the rise. As a consequence, there have been numerous government initiatives that focus on promoting the benefits of utilizing advanced devices to contain the growing menace of sleep apnea. The implementation of these programs would spur the growth prospects of U.S. sleep apnea devices market.Browse Full Report @ https://bit.ly/2njOMcHFurthermore, the highly-flexible Medicare reimbursement policies for therapeutic devices including Continuous Positive Airway Pressure (CPAP) is likely to propel the overall U.S. sleep apnea devices industry share in the ensuing years.Regarded as one of the most promising niche verticals of health and medical devices industry, sleep apnea devices market is set to witness a plethora of unique innovations in the years to come. On account of the continuous research and development programs being undertaken by foremost firms such as Fisher & Paykel Healthcare, Invacare, Cadwell Laboratories, Philips, Carefusion, Braebon Medical, ResMed, Compumedics, and GE Healthcare, the overall sleep apnea devices industry is anticipated to make remarkable headway over the estimated time frame.About Fractovia:Fractovia.org is one of leading in-house and free news portal. It is fully automated, and operates on a constant premise, interfacing with news sites and offering redesigned breaking features to readers across the globe. Our mission is to offer individuals opportunities for connections with news writers and distributors which they can pursue. We operate by mapping articles pertaining to breaking news, constantly and progressively, against a pre-determined word-based theme, offering important connections to readers and clients, as well as distributors.Contact Us:1968 S. Coast Hwy #586, Laguna Beach CA 92651, USA

10-16-2018 | Health & Medicine
Market Research Nest
Circadian Rhythm Sleep Disorder (CRSD) affecting the timing of sleep
MarketResearchNest.com published an Exclusive Research Report on “Global Circadian Rhythm Sleep Disorder Market 2018 by Manufacturers, Countries, Type and Application, Forecast to 2025” that highlights the in-depth market analysis and covers significant data with future prospects of the market. Get Request a sample copy @ https://www.marketresearchnest.com/report/requestsample/452646 Global Circadian Rhythm Sleep Disorder Market and Forecast - By key manufacturers Vanda Pharmaceuticals, Takeda Pharmaceutical, VU University Medical Center, The Sunbox, RaQualia Pharma, Reset Therapeutics,
04-06-2018 | Health & Medicine
Bharat Book Bureau
The U.S. Sleep Market
Bharat Book Bureau Provides the Trending Market Research Report on “The U.S. Sleep Market” under "Life Sciences" category. The report provides information on industry overview, market size, latest developments, industry trends, Key players, global presence, and their future prospects. Of a total population of 325 million Americans, 58% are estimated to experience insomnia symptoms or sleep disorders. Companies across America are trying to sell us a perfect night’s sleep with medications,
09-20-2016 | Advertising, Media Consulting, …
Intense Research
Sleep Aids Market 2016: Insomnia, Sleep Apnea, Narcolepsy
Sleeps aids are drugs and medical devices that treats sleep disorder or insomnia. Sleep disorder or insomnia is generally caused due to change in sleeping pattern, substance misuse and work issues. Most recent development in Sleep aids involves the use of specialty mattresses, high-tech pillows, drugs and at-home tests. The concept of sleep aids have outpaced the traditional methods as they are effective in reducing the time taken to fall
03-03-2016 | Health & Medicine
The TMJ & Sleep Therapy Centre of San Diego
“Sleep Awareness Week” - Sleep Apnea In Children Can Be Cured!
National Sleep Awareness Week March 6-13, 2016 San Diego, CA - TMJ & Sleep Therapy Centre joins National Sleep Foundation in their focus to bring the importance of sleep awareness and education to the American public. NIH (National Institutes for Health) has identified that sleep related breathing problems such as obstructive sleep apnea and snoring affect 50 to 70 million Americans. Obstructive sleep apnea has no age boundaries; it affects both
09-03-2013 | Health & Medicine
ASBA
Sleep & Wellness 2014 conference announced
The American Sleep & Breathing Academy (ASBA) has announced “Sleep & Wellness 2014: A Conference for Professionals.” The conference will be held in Scottsdale, Arizona, on May 1-3, 2014. With its multidisciplinary approach to sleep medicine education, this conference will be the first of its kind. The event will be geared toward physicians, dentists, physician’s assistants, nurse practitioners, respiratory therapists and sleep technicians. Continuing Medical and Dental Education will be
12-09-2010 | Health & Medicine
SleepTracks
Housewives Too Desperately Need Sleep
Quebec, Quebec - December 8 2010 - Overstressed workers of today's information age are not the only ones to suffer from a lack of sleep. While an IT manager may use "sleep tracks" to combat insomnia and anxiety that result from workplace stress, stay-at-home moms use them to regain their sanity at home. "I never had any trouble falling asleep", recalls Susan Langford from her home in Surrey, England. "Staying asleep
Comments about openPR
OpenPR ist the nicest and most clearly laid out PR platform I have seen to this day. The press releases are displayed very nicely and clearly and without any unnecessary frills. The updates are fast and the finished release looks appealing and is clearly legible. Even with 16 years of experience one discovers new things from time to time. Congratulations!
Gabriele Ketterl, Director Marketing & PR, Menads