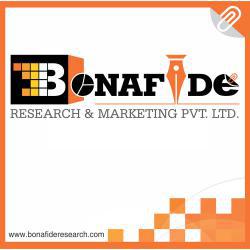 What is the best substitute to whiskey & wine which leaves you highand burns a hole in your pocket? Maybe Beer:Bonafide research The price of whisky,wine and other alcoholic beverages is increasing since a long time and are expected to further increase owing to rising inflation and changing in government rules and policies. while Beer only seems to be the best drink which comeseasy in the pockets of Indian consumers. Beer is considered to be one of the most popular drink after water tea and coffee in the world.Beer is a drink produced by brewing malted barley, the other alternatives of malted barley which are used are wheat, maize (corn), and rice. Many scholars of history believe that Beer isamongst the oldest and widely consumed alcoholic drinks in the world. Beer in India is the most consumed drink after whisky. Were beer is considered be more popular between the corporate employees, youths and women for its offerings such as a low level of Alcohol by volume with less drunkenness, lower prices, and many more. According to reports ‘India Beer Market Outlook, 2023’ published by Bonafide Research, Indian despite the last two years being worst for Indian beer industry the market is expected recover in next couple of years and then move back to the growth track soon. The Indian beer is forecasted to grow with a CAGR of more than 6% between to 2022-23. Within major segments of beer i.e. strong beer and mid beer, Indian is primarily a strong beer consuming nation but recently the mild beer market is achieving high growth with increasing brands in mild segment as a result of entrance of the strong beer producing firms in mild segment with mild brands. The huge market potential of Indian beer market has also attracted many foreign brands. The new trend of craft beer has led to the huge success of B9 Beverages’ Bira 91 and is expected to encourage many global players to come India with their craft beers. Beer generally contain ABV (Alcohol by volume) of around 4% to 8% which is one of the reason why it provides less drunkenness and doesn’t make you high easily. Which is generally preferable by women and youths of India and has resulted in increasing popularity between them.While the average selling price (ASP) of Whisky and other alcoholic beverages range between INR 250 to 600 rupees (excluding high premium and super premiumbrands) for a full bottle, while the ASP of beer is just around INR 100 rupees (excluding high premium brands)for a full bottle which makes it pocket friendly for the consumers. So, Beer can be considered the best substitute to Whisky and other alcoholic beverages as beer provides the felling of consuming alcohol within reasonable cost and doesn’t make people high easily. Major Companies Major companies that operate into Indian Beer market are United Breweries Limited, Carlsberg India Private Limited, Crown Beer India Private Limited, SABMiller India Limited, Mohan Meakin Limited, Molson Coor Cobra India Private Limited, B9 Beverages Private Limited, Devans Modern Breweries Limited, SOM Distilleries and Breweries Limited.Bonafide Research is a multi-disciplinary research and consulting company which provides all the information streams required to solve strategic, business and marketing problems. Bonafide is a one of the fastest growing market research and consulting company offering syndicated research reports, custom research solutions and marketing services for a variety of industry verticals. We have already reached a milestone of 200 niche market research studies. Bonafide Research has been closely working with fortune 500 clients by helping them in tracking the constantly changing market scenarios. Not only fortune 500`s, we have served to mid-size companies, small specialists and even start-ups. Our customers do not see Bonafide merely as a research provider, but a long-term partner who can help them maximize the value of information. Our quality of work has ensured repeat business, recognition and recommendations from clients across the world. It is believed that clients come first and we are always willing to take a step ahead to serve them better.T-13/A, INDIABULLS MEGA MALL, NR DINESH MILLS, JETALPUR ROAD, VADODARA-390007, GUJARAT, INDIA

You can edit or delete your press release ‘India Beer Market Outlook, 2023’ here

02-14-2020 | Fashion, Lifestyle, Trends
Bonafide Research & Market Pvt. Ltd.
A person in his lifespan of 60 years contributes almost 17 years in sleeping and …
Sleep is an essential part of life, and a peaceful sleep makes life even healthier and choosing a better mattress makes days, months and years happier. The domestic mattress market has witnessed a growth in recent years on account of rising penetration of the organized sector. Growth of the organized sector is fuelled by increasing demand for good quality mattresses by upcoming foreign players, growing health consciousness and entry of new
02-13-2020 | Fashion, Lifestyle, Trends
Bonafide Research & Market Pvt. Ltd.
India Air Freshener market looks attractive with frequent launch of innovative p …
A variety of fragrance of the air fresheners helps to bring change in one's mood bringing in the amount of joy and freshness in one's life. Lots of people use air fresheners in their homes in their cars in their bathrooms to make their homes have a wave of fragrance and refresh one's mood. The air fresheners not only smell good but it allows you to choose the smell you
02-13-2020 | Fashion, Lifestyle, Trends
Bonafide Research & Market Pvt. Ltd.
Eliminate the bad odour and make the life fresh that smells better
The best way to bring freshness into the life is to let the bad odor make its way out and open the doors for a sweet and pleasant smell that makes the life happening. To start the morning with a pleasant smell surrounding yourself makes a healthy and happy start of the day that brings lots of energy into one's life. Involving a fresh and lovely fragrance is very important as
02-13-2020 | Advertising, Media Consulting, …
Bonafide Research & Market Pvt. Ltd.
Pressure to outshine while working keeps you stressed, A better mattress while s …
Indian mattress is transforming innovatively so as the sleep of the consumer is getting sweeter keeping away the stress of work pressure. Mattresses available in India before some years were mostly rubberized coir as foam and spring mattresses were roughly about three times costlier. Initially, the perception within India was that a hard mattress is right for the back. However, the reality is that a mattress should have the correct shape