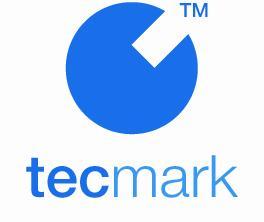 Tecmark Systems Ltd is delighted to have completed the ISO 9001 certification, an achievement that highlights the company’s commitment to quality processes, ensuring efficient provision of services.The internationally recognised ISO 9001 is a management standard requiring the implementation and practice of professional procedures and operations. There are currently over a million organisations across 170 countries who have met the standard. Becoming accredited is a major milestone for the company, as noted by Managing Director, Richard Heyes.‘This is a global standard indicating a certain level of professionalism in regard to how a company is run internally and, in turn, the level of service it provides to its clients,’ Richard commented. ‘It was a top priority for us, as a relatively new company, to ensure that our processes meet such standards and to have achieved that puts us in a great position as we continue to grow.’Tecmark Systems Ltd began its operations in January 2008 in the face of an economic downturn. Despite the recession, the company has continued to grow and create jobs for people in the local area.Tecmark Systems Ltd is a Manchester SEO company, specialising in online marketing and search engine optimised web design. www.tecmark.co.ukFor further information, contact:Samantha Smith Marketing Manager Tecmark Systems Ltd Peter House Oxford Street Manchester M1 5AN Tel: 0845 680 1146 Email: samantha.smith@tecmark.co.ukTecmark is owned by Richard Heyes and Kevin Jones. Richard has extensive corporate level experience as a sales manager and sales director. Having spent a number of years working at this level, he established the strategies and tactics that work as well as those that do not and continues to channel that experience into Tecmark. Kevin spent [however many years] working for large digital media agencies including [company names] and established himself as something of an authority when it comes to SEO and online marketing in general.Tecmark Systems Ltd began its operations in January 2008, seeing an opportunity (rather than an obstacle) in the economic downturn. Initially, Tecmark focused on SEO and Search engine friendly web design. However, this has since branched out into other areas of online marketing as the company has grown.During 2009, the company has acquired several new members of staff. Perhaps the most notable development has been the addition of an in house iPhone app development team, making tecmark the only online marketing agency in Manchester to supply this service in house. We see iPhone apps as an effective marketing tool and therefore the implementation of such a facility within Tecmark (given the rate at which the iPhone userbase is growing) is fundamental to the service we provide going forwards.Samantha Smith Tecmark Systems Limited Peter House Oxford Street Manchester M1 5AN 08456801146 samantha.smith@tecmark.co.uk

07-10-2018 | Business, Economy, Finances, B …
Apex Market Reports
Global Ureteroscope Market 2018 - Richard Wolf, Stryker, KARL STORZ
Apex Market Reports, recently published a detailed market research study focused on the "Ureteroscope Market" across the global, regional and country level. The report provides 360° analysis of "Ureteroscope Market" from view of manufacturers, regions, product types and end industries. The research report analyses and provides the historical data along with current performance of the global Ureteroscope industry, and estimates the future trend of Ureteroscope market on the basis of
09-11-2012 | IT, New Media & Software
Sytel Limited
Sytel Appoints Richard Compton in EMEA Expansion
Richard Compton comes to Sytel from Azzurri Communications to take on sales for EMEA and market research. Sytel Limited, a global supplier of contact center solutions, today announced the appointment of Richard Compton as VP Sales for EMEA. Responsibilities include the development of Sytel’s highly successful market research division. Richard previously served as Senior Development Director at Azzurri Communications, where he secured contracts with some of Europe's most successful call centre
04-23-2012 | Arts & Culture
timeframehd.com
Richard Kirby’s Timeframe HD Goes Live
World renown documentary and wildlife cinematographer, Richard Kirby has launched a stunning new dedicated time-lapse website. Recently launched Timeframehd.com elegantly showcases all of Kirby’s extraordinary timelapse catalogue online, enabling easy access to the high definition broadcast quality footage to the wider broadcast and corporate world for the first time. The film-maker, a pioneer of this photographic technique, had his first big break creating timelapse for Peter Greenway’s iconic feature film
08-17-2011 | Arts & Culture
Light Space & Time Online Gallery
Richard Mittelstadt Featured in the Artist Showcase
Light Space & Time Online Art Gallery is extremely pleased to announce that Richard Mittelstadt is now featured in the Gallery’s Artist Showcase. Jupiter, Florida - August 16, 2011 -- Light Space & Time Online Art Gallery is extremely pleased to announce that Richard Mittelstadt is now featured in the Gallery’s Artist Showcase. Richard is a Minnesota based artist whose artistic talents are demonstrated in a broad array of styles, subjects
07-04-2011 | Arts & Culture
Artisan Galleries
Artisan Galleries present Richard Rowan
Essex, United Kingdom, (27 June 2011) – Artisan Galleries, a leading online supplier of affordable fine art with 5 celebrated galleries across London, are delighted to announce an exhibition by renowned glass artist Richard Rowan taking place on Thursday 30th June 2011 at the Artisan Fine Art, Epping gallery. Coming from a design and fine art background, Rowan won the Daily Mail’s 1992 ‘Artist of the Year’ award, but after finding
02-23-2010 | Tourism, Cars, Traffic
Relais & Châteaux Hertelendy Kastely
Experience the taste – Richard Nussel in Hungary
Foodies should rejoice: Now Relais & Châteaux Hertelendy Kastély expects you with the most exciting culinary experience. Richard Nussel has been leading the kitchen of the first Hungarian member of Relais & Châteaux since the beginning of this year. He accumulated his experience over 20 professional years in the most outstanding establishment of gastronomy, nearly all of them Michelin star restaurants. Amongst others he worked in the Grand Chef Relais
Comments about openPR
Your portal is fast, simple, and easy to use. Others may have more functions but they also demand more editing time, you have to preformat the text in order to achieve a good result etc. I think openPR is really fantastic!
Andreas Knepper, wallmedien AG