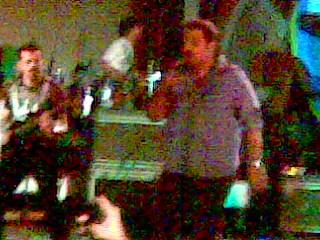 Music expresses that which cannot be said and on which it is impossible to be silent and the audience in this show will vouch for the fact that in Music Passions indeed enjoy themselves.Brahma Vishnu Shiva are the tridevs for Hindu religion. The trinity for Carnatic Music are Shyama Sastry, Tygaraja and Muthuswami Dikshitar. The triumvirate of Indian film music (Bollywood) today is undoubtedly Shankar Ehsaan Loy (SEL).On 30 October 2009, SEL were the chosen ones to perform at BITS Pilani where OASIS 2009 is scheduled between 27 – 30 October 2009. Actor Rahul Bose who is a bundle of talents gave a spectacular start on 27 th with his I have a dream speech.The majestic auditorium of Birla Institute of Technology and Science - popularly known as BITS – Pilani was packed to the brim for the SEL program. The audience got electrified when Shankar revealed that many many years ago he had come to BITS Pilani as a participant from his college for the very festival where he was going to perform as a professional.The very first song Jhoom Barabar Jhoom had the audience swinging to his tunes. The next song Dil Chahta Hai had the heart of the audience asking for more which was followed by Maine Jise Abhi Abhi Dekha Hai and a song from Rock On. Masti Masti Mast Kalandar had the entire audience eating out of Shankar’s hands. After his troupe member Anusha sang two songs, it was time for Shankar to step back onto stage with the much required Wake up Sid song which had the entire audience on their feet. When Shankar rendered the song Duniya mein, Logon ne, Dil Apna, Phir thaamen, Aaya hoon - Main Hoon Don the audience went hysteric. The soul searching song Mitwa from Kabhi Alvida Naa Kehna had the audience shedding any leftover feeling of loneliness.The Telugu film song Shankar picked up drew heavy applause which was followed by Jaane Kyon, Tanhayee etc. Shankar’s rendering of Kal Ho Na Ho had the audience screaming for more and he quickly followed it up with the song from Tare Zameen Par.Shankar’s Breathless song left the mesmerised audience gasping for breath. With his Papa Kehthe hain bada naam karega talented son joining him it was time for Michael Jackson’s all time hit Beat it. After singing yet another song from Rock On, Shankar went ahead with Move your body baby and ended the show with you guessed it right the ultimate song from Rock On.Imagine if Shankar Ehsaan Loy could put a 48 year old lady who is principal of one of the most popular primary schools in Pilani to rock on by their music, what they would have done to the students who were not even half the age of this lady.While the audience walked out with the feeling that Music is the moonlight in the gloomy night of life, for the organizers of this program, it was the culmination of their hard work, sleepless nights and long hours of slogging to ensure that the Shankar Ehsaan Loy show becomes the Night to Remember for OASIS 2009. For the sponsors of OASIS 2009, it was undoubtedly paise vasool time.About BITS Pilani: The Birla Institute of Technology and Science - BITS Pilani is a Deemed to be University established vide Sec.3 of the UGC Act, 1956 under notification No. F.12-23/63.U-2 of June 18, 1964. For the year 2009, BITS has been ranked among the top ranking universities in India along with IITs in various Magazine surveys such as India Today, Outlook, LiveMint etc. BITS offers degrees in various disciplines presently not only at Pilani but also at Dubai, Goa and Hyderabad campuses. BITS does its admissions to various degrees by online test BITSAT. The NAAC - National Assessment and Accreditation Council has reaccredited BITS Pilani with 3.71 CGPA out of 4 and awarded "A" grade "Very Good" status. BITS Pilani has done pioneering work in industry university collaborations in terms of Practice School and Work Integrated Learning The alumni of BITS Pilani who are Proud to be BITSians are spread across various continents from Australia to America.Dr BR Natarajan Professor & Vice President BITSAA BITS Pilani Rajasthan 333031 India Phone 91-1596-242210 Fax 91-1596-244183 Email: brnt(at)bits-pilani.ac.in Website: http://www.bits-pilani.ac.in