Obituary - In memory of Wolfgang Ketterer 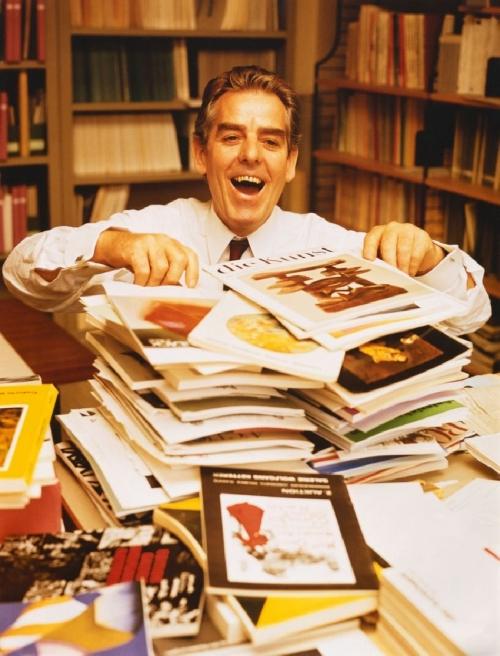 Munich, 14 October 2009, (kk) - Wolfgang Ketterer, “one of the most renown European art dealers“ (Abendzeitung, 09 September 2000) and “precursor of the German auction market“ (Handelsblatt, 08/09 September 2000), died in his home in Kreuth on Tegernsee near Munich today on 14 October 2009. Wolfgang Ketterer “made history in the German art business“, wrote the Frankfurter Allgemeine Zeitung on occasion of his 80th birthday on 9 September 2000. The Süddeutsche Zeitung described him as a man “who had a decisive impact (…) on the (...) art scene for more than thirty years (…)“ (9/10 September 2000).Wolfgang Ketterer was born the youngest of five children on 9 September 1920 in the Alemannic town of Bräunlingen in the south-east part of the Black Forest. According to the economical and political circumstances in those days, he only found the art business to be his calling after taking some detours. After a four year apprenticeship in the hardware trade, which he had begun at the age of fourteen, he was drafted for military service in 1939. In January 1947 he joined the company of his older brother Roman Norbert Ketterer, who had founded the ‘Stuttgarter Kunstkabinett‘ in 1946. Together they soon celebrated great successes in the field of Modern Art.In 1954 Wolfgang Ketterer started his own gallery in the exclusive Hackländerstraße in Stuttgart and relocated his enterprise to the Bavarian state capital Munich in 1965, which by then had become an important center for the art business. The splendid Villa Stuck on Prinzregentenstraße with its 1500 square meters offered enough space to become one of the largest galleries for Modern Art with 12 staff members and the latest technical equipment in the in-house print- and photoshop. The successes of the one-man shows in his gallery in the 1960s, among them with renown artists such as Horst Janssen, Ernst Fuchs, Erich Heckel or Renato Guttuso, encouraged Wolfgang Ketterer to expand the company.Alongside the publishing house and the gallery, he organized his first auction on 17 May 1968, which made him the first auctioneer of Modern Art in southern Bavaria in those days. Year by year, the auction agenda was increased by the following fields of special interest: Art Nouveau, African Art, Pre-Columbian Art, Asian Art, Poster Art, Antiques, Rare Books and Old Masters. Making all exhibition- and auction catalogues, including the printing, in-house, allowed for a great deal of flexibility. The spirited art dealer started a representative office in New York in 1977 and when the Munich location was about to burst at the seams, he decided to move once more in summer 1982, this time to the Carolinenpalais in the elegant Brienner Strasse.Wolfgang Ketterer’s expansion continued in 1989, when he took over the traditional Hamburg auction house F. Dörling, established in 1795. In order to combine all activities under one roof, the gallery Wolfgang Ketterer became the company Ketterer Kunst, of which Robert Ketterer, the third of his four sons, took over management duties in 1994. In the years to follow Wolfgang Ketterer enjoyed his well-deserved retirement in his house on Tegernsee, taking good care of his garden, his green house and his bees. He liked spending time in the circle of his family, over the last years it was particularly his grandchildren who made for a lot of joy.Since it was founded in 1954, Ketterer Kunst has been firmly established in the front ranks of auction houses dealing in art and rare books, with its headquarters in Munich and a branch in Hamburg. Gallery rooms in Berlin, where Ketterer Kunst only recently opened the first KIRCHNERSHOP in Germany, as well as representatives in Heidelberg, Krefeld and Ravensburg have contributed substantially to the company's success. Ketterer Kunst has further rounded off its portfolio by acquiring the prestigious Ernest Rathenau Verlag, New York/Munich. In addition, exhibitions, special theme auctions and benefit auctions for charity as well as online auctions are regular events at Ketterer Kunst.Contact:Ketterer Kunst Joseph-Wild-Str. 18 81829 München GERMANY Tel. +49-(0)55244-444 Fax.: +49-(0)55244-177 E-mail: infomuenchen@kettererkunst.deFor press enquiries: Michaela Derra M.A. Telefon: +49-(0)89-55244-152 (Fax: -177) E-Mail: m.derra@kettererkunst.de

08-22-2020 | IT, New Media & Software
AMA Research & Media LLP
Organic Soup Market - Big Changes to Have Big Impact | Unilever, Wolfgang Puck, …
Organic soup is liquid food made from organic food materials, and it is boiling vegetable and other ingredients with liquid. The increasing demand for convenience food and rapid consumption of meal replacements by people opting for safe food alternatives are expected to make strong growth in the global organic soup market. Organic soups are formed by using organically grown ingredients and processed without the use of artificial additives. Free Sample Report
11-20-2013 | Industry, Real Estate & Constr …
futronic GmbH
futronic‘s Wolfgang Lachmann celebrates 25 years at the company
The 58 year old has been responsible for the technical management since 2004 Tettnang, November 20, 2013 – Managing Director Wolfgang Lachmann joined futronic 25 years ago as Technical Manager. 2004 he took over the management of the control systems specialist in Tettnang together with Michael Preuß. Prior to embarking on his professional career, Wolfgang Lachmann took a degree in Electronics Engineering in the field of Communication Technology at Ravensburg-Weingarten University for
01-06-2011 | Energy & Environment
ABB Robotics
ABB robots help Wolfgang Candy to be more competitive
Founded in 1921, Wolfgang Candy of York, Pennsylvania is one of the oldest family-owned confectionery manufacturers in the United States. Until recently, the picking, placing, inspecting and packaging phases of its operation were done manually. This limited their efficiency and growth so they turned to leading automation integrator JLS Automation for a solution. “We needed a system that could meet or exceed handling 200 pieces of candy per minute,” says Rob
10-29-2009 | Leisure, Entertainment, Miscel …
Agriturismo La Rogaia, Azienda agricola biologica
La Rogaia Tango travels 2010 Forget the basic step Tango beginners class with Wo …
With his somewhat different approach to teaching Tango Wolfgang Sandt creates an atmosphere of fun from the very beginning. He reduces the Tango to its basic elements which can be learned easily and can be danced with joy. His most important goal is to show his students to dance in harmony and without stress not only in the safety of the dance school or while exercising in their living room
03-04-2009 | Industry, Real Estate & Constr …
LANXESS Pte Ltd
LANXESS Appoints Wolfgang Oehlert as Head of Inorganic Pigments Business Unit fo …
Specialty chemicals group LANXESS AG has appointed Dr. Wolfgang Oehlert (45) as Vice President for the Inorganic Pigments business unit for Asia Pacific. He is concurrently the General Manager of LANXESS Shanghai Pigments Co. Ltd. The appointments became effective on 1 March 2009. “With Oehlert, we have appointed a true expert in the field of iron oxide pigments with many years of experience and a thorough knowledge of
01-18-2008 | Arts & Culture
WCPE
WCPE Offers Birthday Tribute to Wolfgang Amadeus Mozart
Mozart Madness to Air January 25 through 27 on TheClassicalStation.org WAKE FOREST, N.C. (January 17, 2007)—William Woltz, music director for WCPE, TheClassicalStation.org, announces today that the station is offering Mozart Madness the weekend of January 25 in recognition of Wolfgang Amadeus Mozart’s birthday. The weekend radio festival will capture the full range of Mozart’s compositions, beginning at 8 a.m. ET on January 25 with “Overture to the Marriage of Figaro.”
Comments about openPR
We publish our press releases on openPR.de because we like people who are "open" - just like us.
Frank Obels, CEO, INCONET - Informationssysteme, Communication und Netzwerkberatung GmbH