3 Ways to Rethink Your Press Release - with rethinking strategies

You can feel like you can hear it as soon as you hit the ‘send’ button on an email you sent a reporter that contained your lasted press release; the all-encompassing laughter when said reporter opens the email and sends you a response. Or worse, they don’t respond at all. 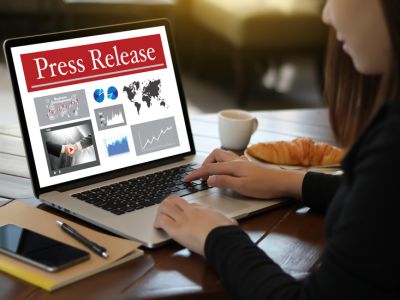 3 Ways to Rethink Your Press Release © adiruch / fotolia.com Either way, you feel like that reporter isn’t taking your press release as seriously as you hoped -- if at all – even though the subject matter it contained wasn’t meant to be a joke. You feel defeated. It’s hard not to when you were trying to be serious and that’s not how you are being taken.

Though it might be hard not to feel like you’ve been knocked down, try not to get discouraged, and instead, take it as an opportunity to learn a lesson. There’s a reason – or several reasons – whey your press release isn’t being taken seriously. There are a number of reasons why your press release might not be taken by the parties you have sent it to the way that you intended for them to take it. Some of the top reasons include:

In addition to making sure that you attend to the information highlighted above, here are three simple, yet highly effective ways that you can rethink your press release and make it a smashing success… and in turn, boost the success of your business, too.

Writing a captivating, engaging press release that reporters will take seriously might seem like a difficult task. However, if you just rethink the process instead of over thinking it, you’ll have a much better chance of getting noticed, being picked up, and being published.

And of course, your entire goal is to have your press release shared with the public so that you can improve your reach, attract more attention, and boost the success of your business.

openpr.com-tip: Try these rethinking strategies the next time you write a press release and see just how much good they will do.
Boost Your PR – Submit Your Press Releases to openPR NOW! Click Hier for FREE Press Release Submission
Table of Contents
Public Relations