10 Tips for Startups to Score with a Press Release

You have an amazing idea for a business venture and you’ve finally put things into action. You have worked tirelessly and paid attention to every detail in order to create a business that will succeed. Now, all you need to do is get some customers. One of the most effective yet often overlooked tools new business owners can use to get things up and running is a press release.

10 tips to score some major attention with your press release 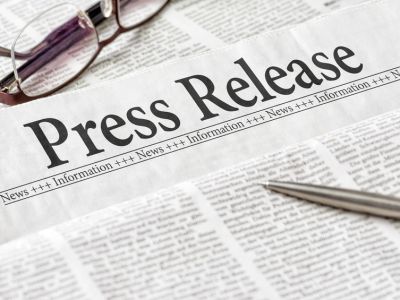 10 Tips for Startups to Score with a Press Release © Zerbor / fotolia.com They are a fantastic way to attract more attention – both by the media and by potential customers. It can get your business and everything it’s about in front of a huge audience; and the more people know about you and your establishment, the more success you’re going to have. With that said, however, it’s important to keep in mind that your press release has to be done right in order for it to serve its purpose. When you’re just starting out, creating and distributing a press release can be overwhelming.

Here are 10 tips to help you rock a press release for your new business and score some major attention.

First things first: nail your headline. The headline of a press release is what draws readers in. It has to be eye-catching, engaging and make people excited in order for them to want to actually read it. If your headline is basic, it’s pretty much guaranteed that your release is going to get looked over. Also, avoid being long and drawn out and instead go for something short, sweet and to the point. The general public has a pretty short attention span, so a short, yet gripping title is what’s going to entice them.

Remember in elementary school when you learned that a story should include “who, what, when, where, why and how?” You want to make sure your press release answers all of these questions in the very first paragraph. If it does, readers will be able to learn all of the basics about your news right away.

Include a quote… Or two

For some reason, the general public seems to like quotes. They make press releases more readable and more authoritative; two things that you definitely want for your release. Don’t use just any quotes, however; make sure you use something that is newsworthy and applies to your business. For example, you could include a quote from a customer or yourself – the CEO – that says something like, “I’m so excited about (insert whatever it is that is exciting and the reason for your press release).”

Give a template a try

For some reason, the general consensus is that press releases are difficult to write. In reality, they aren’t. However, it’s understandable that a startup would see them as a bit daunting as you want to make sure that you get it right. To make writing your press release easier, use a template. There are tons out there, and they can serve as a great guide to writing a killer press release. 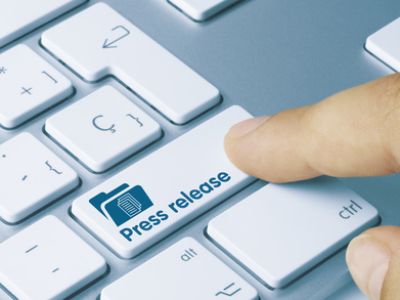 Press Release © momius / fotolia.com All too often, new businesses forget to include their contact information in their press releases. Your contact details are vital pieces of information for your press release. They let your readers know how to get in touch with you, which is kind of the whole point. Include your business name, your location, your phone number, and the URL to your website. Ideally, this info should be included at the end of the press release.

If you’re distributing your press release via email, do so Tuesday through Thursday and avoid Monday and Friday. Why? – On Monday, people are busy playing catch-up and are reading through dozens of emails, and on Friday, they are more likely to clock out early. As such, the email that contains your press release is likely to get looked over. Send it out Tuesday through Thursday, between the hours of 10 and 2 and the chance of it being read will be much greater.

Attaching your press release to an email might seem obvious, but DON’T DO IT! No one wants to receive an attachment in an email from someone they don’t know. What if there’s a virus attached? Instead, include your press release in the body of your email. Even better, only include a snippet of the first part or an outline to make your email shorter.

Check up on stats

Check up on the stats of the sites that are hosting your press release. Google Analytics is a great way to do this. You’ll be able to see just how much traffic your press release is receiving and determine if it’s wise to continue using those sites in the future, or if you should branch out and look elsewhere.

One and done is not a good strategy for distributing press releases. The more you distribute, the greater your chances of being seen and attracting attention to your business will be. Distribute press releases several times a month, or once a week. Don’t lose your momentum; keep on trucking.

openpr.com-tip: By using these 10 tips, you’ll be able to rock a press release that will score big points for your startup.
Boost Your PR – Submit Your Press Releases to openPR NOW! Click Hier for FREE Press Release Submission
Table of Contents
Public Relations