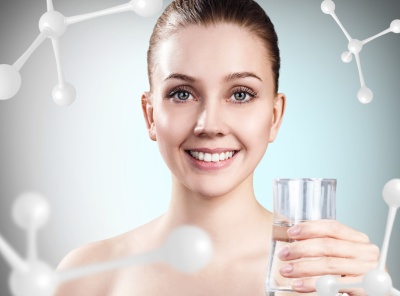 Water is a prerequisite for all life on Earth, which ensures that any market revolving around H2O is sure to be among the most stable and reliable in the world. It may come as no surprise then, that the water treatment chemicals market is worth a large amount and in fact as much as 42.24 billion USD at the time of writing. But what does water treatment entail? Why is this necessary? And what is the future for this huge market?

The water treatment chemicals market is currently valued at 42.23 billion and this is no surprise given the simple fact that humans need water to survive. Water as it is found in natural reservoirs is not fit for drinking and contains numerous contaminants that could do serious damage if allowed to enter our supply. And seeing as both populations and the amount of pollution are constantly on the rise, it should also come as no surprise that this market is continuing to grow. It is estimated that it will reach 56.57BN USD by 2022, which gives it a CAGR of 6%.

What is Water Treatment?

Water treatment is the process of treating water to make it more drinkable. This can be done on a regional basis. Most areas will have a treatment facility that helps to keep water clean and drinkable and which ensures it is able to hydrate the local area without fear of infection from bacteria and while potentially adding to the nutritional benefits it provides.

Water treatment can also be done in the home in a commercial setting. Here, treatment involves removing additional unwanted contaminants to make the water even healthier to drink than the regional standard. What’s interesting is that some of the contaminants that home water treatment methods use are the treatment chemicals added at many plants. Indeed, there is some controversy over which chemicals are used and which agents should be considered beneficial and harmful. This will be one challenge that the market will have to respond to as it grows and evolves.

What is Added to the Water

Water treatment chemicals have a number of aims but the most important are to remove bacteria and toxins. For instance, biocides are used in order to kill bacteria which can otherwise swarm and multiply in the water and lead to infection and impaired immunity. Likewise, some chemicals may be added to the water as disinfectants.

Scale inhibitors meanwhile are used to reduce the amount of limescale. Scale is the build up of magnesium and calcium in the water. These are desirable minerals that have a number of useful benefits in the human body. However they also build up and leave mineral deposits as they pass through pipes and as they are used in the sink. These mineral deposits are the hard lumpy pieces that you might find floating in your kettle after boiling tea or that might congeal around the taps after you have used them. They can create a somewhat metallic and unpleasant taste in the water but they can also cause damage to your pipes and your  machinery as they collect in the moving parts of mechanisms. Thus scale inhibition can not only improve the taste of the water but also improve the lifespan of appliances around the home. This scale inhibition generally involves the use of sodium ions, which can help to break up the magnesium and calcium ions. There are other methods however as well.

Part of the increased growth in this market is being driven by the demand for home water filtration systems. As public awareness has increased regarding the potential damage poised by toxins and additives, more and more consumers are taking matters into their own hands and using filters.

These filters work in a variety of ways. The most common is to use an activated carbon filter. Activated carbon can include the likes of charcoal or shells and these are then treated in order to become highly porous. As water passes through, the holes on the surface collectively make up huge distances which is more than enough to trap the contaminants that pass through.

Fluoride is one example of a treatment chemical added at plants that is also removed by many home filtration systems. Fluoride has been added to water since 1940 in a bid to combat tooth decay. The same substance is often found in toothpaste. This is a mineral and can help the teeth in numerous ways. Unfortunately, fluoride is also a neurotoxin, meaning that it may cause brain damage. It is also an endocrine disruptor and can calcify the pineal gland. Thus some people will want to treat their water to remove the fluoride.

The same is true for chlorine. This is added to the water as a disinfectant and you probably most associate it with swimming pools. Well, if you remember your swim teacher, they probably told you not to drink the water! That’s partly because chlorine can react with a variety of other substances in order to form hydrochloric acid. This can potentially lead to respiratory problems, can impair the sense of balance and damage cells potentially leading to cancer!

Other forms of home filtration will remove toxins and contaminants that weren’t ‘added in’. For instance, lead can find its way into the water thanks to its use in piping. When pipes corrode, they add roughly 10x the amount of lad to the water we drink. Lead is toxic to every single organ and especially for young children.

PCBs meanwhile are polychlorinated biphenyls and are used in numerous industrial processes. They can find their way into the water via waste or the ground and are found in landfills. They are highly dangerous too. There are even estrogenic compounds and arsenic to be found in the water. For these reasons, water treatment will continue to be a popular process both commercial and industrially. The question is how the market will change and react to growing concerns over the safety of our water.