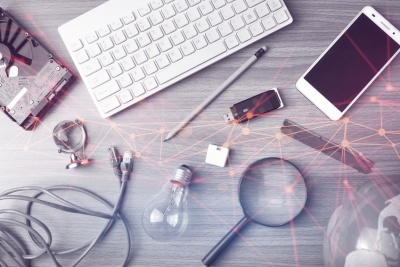 One of the newest terms that have come out of the huge boom in mobile marketing is malvertising. There are a lot of reasons to be aware of this trend, and those who are in the marketing or advertising industry should pay close attention, because the more prevalent this practice becomes, the harder marketers and advertising executives have to work to regain the trust of their customers. In this article, we will be exploring malvertising in detail.

Malvertising is the joining of two words: malicious and advertising. You’ve likely heard the term malware before. Malware is software that, if installed, can damage your operating system and require major steps for removal. Malvertising comes from the same place. People doing malvertising use legitimate ad networks and ad space to place ads that will be damaging to a user’s computer or mobile device.

Because much of the buying and selling of ad space is done through third-party platforms these days, and quite often automated, it isn’t that hard for someone to spread their malware to thousands of people before the publisher learns about the malvertising and terminates the ad. This tactic can allow the person behind the malvertising access to an audience that they ordinarily wouldn’t be able to reach because of firewalls and other security precautions.

Why is Malvertising so Dangerous?

The thing that makes malvertising so dangerous is that it often doesn’t require any action from the user in order to infect a computer or mobile device. In fact, the malware can embed itself into a webpage and get into a vulnerable system without the user even knowing it. People know enough now not to open strange attachments or install programs that they didn’t specifically download themselves, but the creators of malvertising have been able to find a way around that particular security precaution. This isn’t a small problem either. In 2012, around 10 billion ad impressions were from ads that were infected with malware.

There are a few different types of malvertising prevalent today, categorized by the method in which they get there malicious code into the target system. Pop-up ads have always been a favorite for malware creators. Ironically, many of these pop-up ads claim to be for computer software that removes malware infections. However, there are lots of other ways that malvertising can spread as well.

How Users Can Protect Themselves

So, how can users protect themselves from malvertising that exists on the web or within mobile applications that can be downloaded from any of the major app stores? There are a few things that people can do to minimize their chances of getting infected. Of course, there is no way to prevent the problem completely, but here are a few suggestions that may help keep your computer or mobile device safer.

Make sure that you always have the latest versions of popular programs that can contain vulnerabilities like Adobe Flash. In addition, make sure that you are getting these programs from the official website. Always keep your operating system up-to-date with the latest patches and service packs, and pay attention to the news to find out when a vulnerability is being exploited by malware creators. Of course, it should go without saying that users should always have a firewall and antivirus software that has been updated with the latest definitions, as well as protecting their browser with an ad blocker and only white listing sites that you trust.

The bottom line is that as long as there are websites and mobile applications, there are going to be people trying to use them to wreak havoc and destruction on computers and mobile devices. There is no way to eliminate the problem completely, but there are just as many smart people working on behalf of the user as there are malware creators, and you can often get advice and tools from them to fight against malvertising.