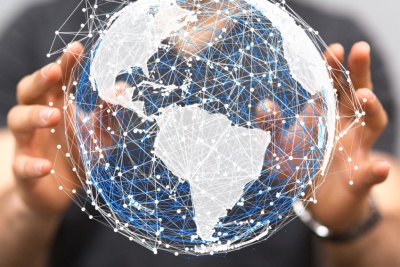 Gross domestic product (abbreviated GDP) refers to the monetary worth or total market value of the services and products that are produce within the boarder of a specific country or region within a set time period.This article defines Gross Domestic Product and explains its significance.

Gross domestic product (which is abbreviated as GDP) is a term that is used to describe the total market value or monetary worth of all of the products and goods that have been produced by a country over a specific period of time. Gross domestic product encompasses all final products and services that have been produced within the borders of a country, regardless of who owns and that haven’t been resold in any other form. GDP is used worldwide as a way to measure the output of a country’s economy, economic growth, and standard of living.

The Importance of Gross Domestic Product

Because the model that is used to measure gross domestic product is the same for each country, it can be used to compare and contrast the productivity of different countries with a very high level of accuracy. Furthermore, GDP measurements can be adjusted for inflation when comparing current information to past information.

In order to calculate the gross domestic product of a country, the following equation is used:

There are three main methods that are used to determine GDP. When calculated properly, all three methods are supposed to produce the same figure. These approaches are often referred to as the “expenditure approach”, the “output approach” and the “income approach”.

The expenditure approach refers to GDP that is based on spending. It is the most commonly used method for calculating GDP, as it incorporates the money that different groups of people contribute to the economy.

For example, consumers spend their money in order to purchase products and services, and businesses also spend money as a way to invest in the activities that are related to their business. Moreover, governments spend money, too. The spending activities of these three different groups all play a role in the gross domestic product of a country.

The expenditure approach to GDP accounts for the spending of all of the above, including imports and exports.

The production approach to GDP examines the completed economic activity of a country.

Income also plays a big role in the amount a country spends on products and services. Because the amount people spend is income for someone else, national income can also be used as a way to determine gross domestic product.

The elements of income that are used when calculating based on the income approach include the moneys that are earned by all elements of production, such as the money that is paid out to workers, the money earned by land, the return on capital via interest, and the profits that are made by a company, which could be invested back into a business or invested into another business.

There are several different ways to measure the gross domestic product of a country. Below is a brief definition of the different types of GDP, as well as how each type is used.

Gross domestic product constantly fluctuates, and that fluctuation is a result of the business cycle. In other words, when the economy of a country is soaring and the gross domestic product is increasing, there comes a time when the pressure as a result of inflation builds up because the capacity of labor and productivity are almost fully utilized. As a result, the central bank commences a cycle of stricter policies regarding money in order to slowdown the rapidly increasing economy and suppress inflation.

When interest rates are on the rise, both businesses and consumers reduce their spending, which causes the economy to slow down. As the economy slows, businesses may end up having to reduce their employee size, which further impacts the demand and confidence of consumers. This is considered a vicious cycle for a country’s economy. In order to put a stop to it, the central bank will ease their monetary policy, which thereby allows for the stimulation of economic growth, as well as employment.

Consumer spending also plays a significant role in the fluctuation of the gross domestic product and the overall economy of a country. In fact, in the United States, consumer spending accounts for more than 2/3 of the economy. As such, the confidence of consumers plays a very significant role in the economic growth of a country. When consumers are highly confident, they are willing to spend more. When their confidence levels are low, they are reluctant to spend money, which brings down the economy.

There are several sources that track gross domestic product for countries throughout the world. Some of the most reputable sources are outlined below:

Gross domestic product is one of the most important statistics in the world. It determines the economic health of a country, as it indicates whether the economy is growing or declining. It also indicates the standard of living in different countries. In short, the GDP provides pertinent information related to the economy of the world on a whole.