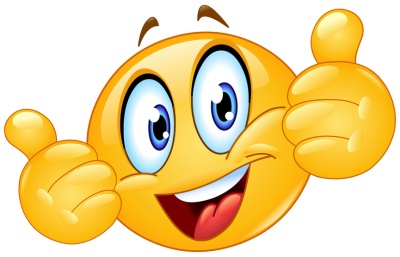 Emoji marketing is one of the latest buzz words in the world of internet marketing and it is one that is perfectly suited to the current generation of Millennials. It’s a form of marketing, in fact, that couldn’t have existed at any other time and which nevertheless has similarities with ancient communication. To learn more about this fascinating and powerful marketing tool, read the full entry.

What is Emoji Marketing?

Apparently, four out of every 10 millennials would prefer to engage through images than words. That might sound alarming at first: as though today’s youth has lost the art of communication and resorted to trying to communicate in a manner similar to our prehistoric ancestors – through hieroglyphics and the like.

But it simple reflects the way that modern life has changed. Today, it is very common for us to communicate in images, simply because so much of the content that we consume on a daily basis is presented in images.

And one of the most obvious examples of this is the emoji. An emoji is a small face or image that can be used in messaging apps in order to try and provide additional meaning and context. Emoji can communicate our emotions (hence the name) or they might add additional insight, or provide the basis for a visual pun of sorts.

But if emoji are so important to millennials, then that means they should be important to you and your business as well. In this post, we’ll see how to use emojis as part of your marketing campaign.

How Emojis Can be Used in Marketing

So the question you might be asking is how emojis can have anything to do with marketing. What is the relationship between an emoji and marketing? How can an emoji help to sell a product or build brand loyalty?

The answer is simply that emojis should be used in your various forms of messaging. So if you are Tweeting, if you are posting to Facebook, if you are using WhatsApp marketing… then you just imbue those messages with the added benefit of emojis.

This works because it leaps out at the viewer and communicates much more, much more quickly, than would otherwise be possible. Instead of looking at a small, dull passage of text, or instead of loading up a wall of text filled with hundreds of messages over the course of your internet marketing campaign, users will see an image and instantly know what the message is about. Their curiosity may be piqued and they may then lean in to read the message surrounding the emoji.

Of course, emojis can also be used in a variety of creative and clever ways, which is a great way to illicit a smile or another emotional response from your viewers. Why not play a little game with your audience, by getting them to guess what you mean when you use a selection of emojis? There are plenty of options this way.

The other reason that emojis are so important, is that they allow us to convey more than we can with just words. You’ve no doubt heard the expression that ‘a picture tells a thousand words’. This is certainly true but it’s also the content of those words that is interesting.

Specifically, emojis convey emotions. Have you ever received a text from someone that was happy enough in terms of the content and what it said, but that somehow clued you in to the idea that your friend wasn’t feeling so good? Maybe it just lacked emojis, or maybe it lacked exclamation marks. Maybe their vocab was different, or they weren’t as chatty as usual.

This is how sensitive we humans are: we can tell even from a single message like this that someone isn’t as well as they say they are. We can tell that they’re feeling low and that maybe they need cheering up.

And so imagine what a marketer can do with an emoji to slightly alter their message for the better! The written word is a powerful tool, but it robs us of one of our most important elements for communication: that is our ability to emote with our hands and our face. Andbe this is where the emoji steps in and fixes the problem.

What’s more, is that receiving a message with an emoji will change the way that you feel. When you get a text or a WhatsApp with a happy face, it actually makes you feel a little happier. The same works in reverse.

So, emotion drives sales and emojis drive emotion. Emojis can also help you to stand out from the crowd, to differentiate yourself and to be more memorable. And when you combine all those things, it makes an awful lot of sense to start using emojis in your marketing! This way, your message can convey more emotion and thereby be much more powerful in getting people to sympathize with your message and to listen to what you have to say.

Examples of How You Can Use Emoji

There are many ways to use emoji in your own marketing and lots of examples of companies that have done this well. These include:

For instance, on the Fourth of July, Bud Light created an American flag using a combination of emojis. With lots of firework images, lots of flags and lots of pints of beer, the company managed to create what would look recognizably like an American flag from a distance.

This go retweeted a lot of times on Twitter and was talked about in the media. It was ideal because not only was it a fun and clever message but it also worked to tie in the image of the American Flag and associate it with Bud! This is something people of course feel emotionally about and that’s a great example of how you can use emoji to create emotion and sell.

Other companies have gone even further beyond, NASCAR for example used hundreds or thousands of tiny emojis in order to create detailed, photographic-quality images of many of the sport’s most famous drivers. These are actually incredible works of art and definitely a very clever use of the humble emoji.

The kicker? This was done to celebrate World Emoji Day. Yep, that’s a real thing!

This is another interesting thing to consider: you can use a whole range of different public holidays and other current events in order to give your emojis more meaning and impact.

The film Deadpool recently used emoji in a very clever way too. During its promotional tour, the film’s marketing team used an image that consisted of a skull, the poo emoji and an L. This then reads ‘Dead Poo L’.

This was a great example for a ton of reasons. For one, it’s funny. And that’s smart seeing as the film is all about a funny character, who frequently breaks the fourth wall. At the same time, it makes the viewer think and that in turn means they are engaging with the advertising rather than just looking at it. This makes the message far more likely to sink in.

Another great aspect of this strategy was that it rewarded the viewer’s curiosity. People who figure out what the images represent get to feel good about themselves and get to feel smart – which of course is only going to build more appreciation for the film and brand. And seeing as the character is so self-deferential and also deadly, the whole thing just works beautifully. It perfectly captures the tone and spirit of the film and the lead role, far more than a word alone possibly can.

Perhaps the most popular and smartest example of emoji marketing of all though was to co-opt the pizza emoji and use it as a delivery tool. That’s right: if you text dominos with a picture of a pizza, then you’ll be ordering a pizza with a single image (you do need to message ‘confirm’ though).

Again, it’s clever and brings a smile. It’s highly memorable. But what’s more, is that it now ties an emotion to a key on your phone. Now, any time a user who has used this feature opens up their emojis to send one to a friend, they’ll see that pizza and the association will be strong. This might even be the nudge they need to convince them to order that pizza!

So that is emoji marketing in a nutshell. Will you be using it? Do you think it is a powerful tool? One thing to keep in mind is that this isn’t for everyone. Emoji feel humorous, quirky and modern – which is great for a certain type of business. But if you’re a law firm that deals with injury claims, then an emoji might not be appropriate – even a sympathetic one!