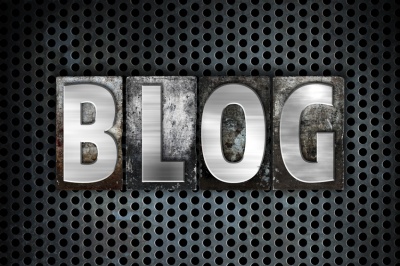 The Blogroll is a now somewhat outdated term that refers to a list of hyperlinks that lead from one site to another site. This term is typically associated with the old ‘blogosphere’ – the series of interconnected blogs that all ran on blogger and which were very popular around 2007. At this point, the web was still very much growing fast and people were starting to use it to express themselves.

Blogger became quickly popular as a tool to let people share their thoughts and find an audience, to demonstrate their skills, or to talk about their travels. The best and easiest Blog CMS was and is WordPress (WP). Unlike running a WP-website, this allowed people to avoid the need to learn HTML or marketing and instead to simply post to a ready-made site. With Geocities (an old free web-hosting solution) disappearing, blogging was the new frontier for those with something to say online.

Blogger was a blogging platform provided by Google and this had many features, including the option to add a blogroll and thereby to show your support for other blogs. This resulted in a thriving community of blogs and created many successful online stars.

But like so many bubbles it burst. This happened in part due to the success of WordPress. WordPress grew as a far more powerful blogging platform that was also a full CMS (content management system) and even a website builder. WordPress is completely free and can be used to build simply blogs or fully functional sites. With this more powerful tool, serious web publishers moved to that new platform.

At the same time, Google actually started to punish sites for linking to one another and therefore forming ‘private blog networks’ as a means of self promotion and potentially gaming its algorithms.

Will the Current Blogging Bubble Burst?

For those now blogging on WordPress and using content marketing to grow a brand or a business, you might therefore be justifiably worried that this could happen again. Could the current bubble burst in just the same way?

I argue not. Here are a few reassuring reasons:

A Lot IS Sold Online: By no means do those clicks go around and around without anyone actually buying anything. Think about how many things you've probably bought online - I know I've spent thousands and so have most other people. That's before you even mention gambling sites or dating sites. This is still the main source of income for bloggers – whether directly or through advertising. It’s not going anywhere.

Magazines Survive: The business model of selling advertising space is not a new one and not one that's exclusive to the internet either. Magazines have been making money this way for years and they continue to do so today. If anything, it's the publishing industry that should be concerned with the internet encroaching very much on their territory more and more.

New Technologies Make New Opportunities: While some money making models might get less successful with time, there will always be new opportunities cropping up. Crowdfunding for instance has a huge amount of potential for anyone with a good idea for a business or a product and not so long ago it didn't even exist.

openPR-Tip: What you really need to do then is to focus on protecting your own bubble and on not relying too heavily on a single strategy. If you have one website with AdSense on it and you rely on SEO as your sole form of marketing, then you are leaving yourself a little exposed. Make your business more resilient by spreading your interests. Create your own product to sell and build an empire instead of one site to sell it from. The blogroll and blogosphere did not die: they simply evolved. This might happen again, but self publishing is going nowhere!
Boost Your PR – Submit Your Press Releases to openPR NOW! Click Hier for FREE Press Release Submission