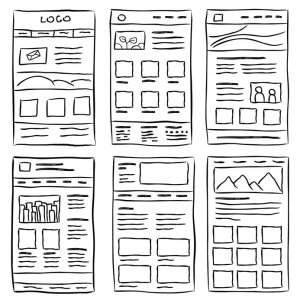 Ad viewability is defined as the visibility of your ad. The key distinction here is to understand the difference between ads that are served and ads that are viewed. Impressions do not always equate to useful views. Understanding this difference could be key to the success of your blog or website, so read on to learn more about ad viewability.

When you use an ad network such as Google AdSense in order to monetize a website or a blog, you will get paid when someone clicks on your ads as well as when your ads get â€˜served’ meaning they are loaded onto the page. An ad click is worth slightly more than an ad that has been served, but both should help to generate income for you over time.

While this is a powerful system and one that drives the economy of the web to a large extent, it is also a system that is flawed in some meaningful ways.

For example, if someone clicks your ads lots of times, this can end up getting you penalized and wasting the advertisers’ money.

Likewise, if a site appears on your site but isn’t seen, then this can cost the advertiser money. The publisher earns money because the ad has been â€˜served’ (loaded onto the page) but if it is at the very bottom of the screen, or if it is obscured due to a responsive web design, then it will have been of no use to the user. This can also hurt the publisher if it results in ad partners no longer wanting to work with them. Ultimately, over 56% of ad impressions go unseen and this is a big problem for the industry.

openPR-Tip: It is important to consider ad placement carefully and to integrate this fully into your web design.

Designing Your Layout Around Your Ad Placement

This way you will be able to design your site in such a way that your adverts are prominent without being distracting. But what might that look like?

One place that adverts often get placed is within the body of the text and this is something that you can do fairly easily without having to change your layout. However, what you do need to consider here is the width of your content, and you need to ensure that there is enough space in your columns that you can fit the adverts next to the text if you want to avoid breaking your paragraphs up. You may also want to consider how you utilize images and headers in the text which can attract attention either away or towards your adverts.

You then need to think about the adverts that you might include in the build of the layout itself - for instance around the headers and menus. Common is to include adverts either at the top of the side menu, along the top parallel to a top menu, or next to the header. Again, if you want to use this strategy then you need to ensure that you leave enough space, and that you consider the kinds of menus you are going to use.

Interestingly, the placement that is statistically likely to get the most views is

That’s more visible than placing the ad right at the top of the screen.

Consider too the shape and size of the ads themselves. Long vertical ads have the best viewability because they can straddle multiple screens and appear both above and below the fold. But consider as well how the ads can be viewed partially or as a whole. Some advertisers might even use this fact to do some creative things.

openPR-Tip: Finally, make sure that you TEST the ad placements and try loading them on multiple different devices. In this case, the most important thing is to make sure that your responsive layouts (web designs that change shape to accommodate different screen sizes) does not end up unintentionally obscuring the ads.

However, it is not enough to simply sketch up your ad placement when designing the site, you also need to think about how you are going to move the adverts as time goes on. Moving adverts can sometimes be a great way to temporarily increase your CTR as repeat visitors have to re-learn the precise location of the adverts. For this reason, you might want to consider your site design with a few extra locations that you will be able to put ads in future. Likewise, you might also then use this to provide paid advertising space for sponsors.

The other reason you need to think about moving your adverts is that sometimes the rules of SEO change. This happened recently of course when Google's new algorithms started punishing those sites that had too many ads above the fold in relation to their text and images and in such cases some sites will always be forced to adapt. When you do this though, don't just move the ads - but consider how you need to rearrange the whole website.