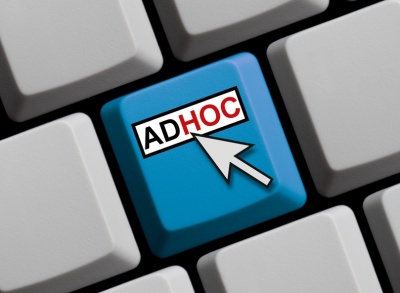 Ad-hoc news (or ad-hoc PR) is something that has become a tool for public relations departments all around the world. There is no doubt that public relations can use all the help it can get. The job of a PR rep is a tough one, but ad-hoc PR can make a major difference. In this article, we will explore how ad-hoc PR works and why so many PR reps use it.

What are Ad Hoc Public Relations?

Ad-hoc public relations are PR that is designed for a very specific purpose. For example, a politician trying to get elected will typically hire PR reps and design a plan that is intended for just that one election. There are actually three types of public relations plans that exist. The first is the ad-hoc PR plan, where there is a certain goal that needs to be accomplished and all of the PR tactics are designed to achieve that goal.

Another type of public relations plan is the standing PR plan. This is basically a company’s policy on public relations. These are the efforts that a PR rep will continually take in order to improve a company’s image or promote products and services. The difference between this plan and the ad-hoc plan is that there isn’t a specific goal that needs to be accomplished. Instead there are just goals to improve the image of the company.

Another type of PR plan is the contingency plan. A contingency plan is one that is created just in case something happens. This is when you play the “what if” game. PR reps and their supervisors should have several contingency plans for various things that could happen. A major scandal is a common type of contingency plan that corporate public relations offices will often have in place. There are a lot of “what if” scenarios out there, and obviously you can’t plan for everything, but if you can plan for the major stuff you will be a step ahead.

One of the best reasons to have an ad-hoc policy in place is for crisis management. Most of the time, PR is about ensuring that the company image is as strong as possible and building communication between the company and its audiences. But crisis management is sometimes required and you need to know how to create a plan for when it happens.

The first thing that you’ll want to understand is the types of crises that exist in the PR world. There are three basic types of crises, and you must have a different plan for each one. The first is the immediate crisis. This is where the contingency plan usually comes into play, although if no contingency plan exists, then an ad-hoc plan may be created instead. Creating ad-hoc news for this type of plan is vital. You have to spring into immediate action when there is a crisis and understanding how to create an ad-hoc plan quickly and put it into practice will minimize the fallout from the crisis.

The second type of crisis is the emerging crisis. You have more time to react when it comes to emerging crises because you can see them coming. You still may want to create an ad-hoc plan to deal with this type of crisis, although again, you may have a contingency plan already in place. Good PR reps know that a crisis is only a matter of time and will have plans in place long before the time arrives.

How to Manage a Crisis

What you do during a crisis is going to be the number one thing that people will remember. You have to know what the common mistakes are that companies make during a crisis and avoid them. For example, don’t hesitate. Act immediately when a crisis happens. Don’t ignore it; it won’t go away. Also, don’t blame someone else, and don’t try to blur the truth. These are just a few of the common mistakes that are made when a company crisis happens. The ad-hoc plan will allow you to deal with the crisis in the best way possible.