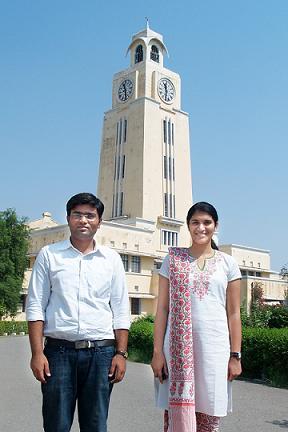 By continuing to bag this coveted Scholarships year after year, BITSians have time and again proved that they do not shirk from putting their best foot forward to march out boldly and seize the opportunities to face the challenges head on.The Aditya Birla Group, a US $29.2 billion corporation, with Global Vision and Indian Values anchored by an extraordinary force of 130,000 employees, belonging to 30 different nationalities, is in the league of Fortune 500. The Group has the distinction of being adjudged "The Best Employer in India and among the top 20 in Asia" by the Hewitt-Economic Times and Wall Street Journal Study 2007. The Group with over 50 per cent of its revenues flowing from its overseas operations is present in 25 countries which include India, UK, Germany, Hungary, Brazil, Italy, France, Luxembourg, Switzerland, Australia, USA, Canada, Egypt, China, Thailand, Laos, Indonesia, Philippines, Dubai, Singapore, Myanmar, Bangladesh, Vietnam, Malaysia and Korea.The Aditya Birla Group Scholarship (ABGS) scheme with the theme Tomorrow’s Leaders Today, instituted in 1999, is a way to foster outstanding academic excellence and humane leadership values, in partnership with select prestigious top ranking institutions in India today such as Birla Institute of Technology and Science - BITS Pilani, various Indian Institute of Technology (IIT) and Indian Institute of Management (IIM). The scholarship amount of one hundred and seventy five thousand rupees per annum for IIMs and sixty five thousand rupees per annum for IITs and BITS Pilani covers the academic fees as well as the hostel fees for the entire duration of the curriculum at these institutions.The selection process is no cakewalk. Applications were invited from only top twenty students from each of the select premier institutes. The Scholarship scheme is not just about academic excellence, as the aspiring scholars are evaluated on holistic parameters that take on board their extra-curricular activities, leadership qualities, values, vision and their dreams. The short listed forty two candidates went through a challenge round at the ITC Grand Central in Parel Mumbai on 26 September 2009.The distinguished panel of judges comprised of Dr Amit Mitra, Secretary General, FICCI; Mr Dileep Padgaonkar, Consulting Editor, The Times of India; Prof Hemachandra C Pradhan, Director, Homi Bhabha Centre for Science Education; Dr Jairaj M Phatak, Municipal Commissioner, Municipal Corporation of Greater Mumbai; Mr Pothen Paul, India Country Manager, Aker Solutions Pvt Ltd; Prof Ramakrishna V Hosur, Tata Institute of Fundamental Research; Mr Ranjit Pandit, Managing Director, General Atlantic Pvt. Ltd - to arrive at the final list of 22 proud winners of this coveted scholarship for this year.In the IIM category there are 10 candidates - 6 from Ahmedabad, 2 from Bangalore, 1 each from Lucknow and Calcutta. In the IIT category there are 10 candidates - 4 from Madras, 1 each from Delhi and Kanpur and 2 each from Kharagpur and Mumbai. This year in the BITS Pilani category there are 2 – Ms Valleri Agarwal and Mr Shivam Rai.Shivam Rai Email sr.bits@gmail.com did his schooling (ICSE Board) from City Montessori School Chowk Branch Lucknow and took the online BITSAT exam and joined BITS Pilani in July 2009 to pursue his first choice B.E. (Hons) Computer Science. His father is an officer in Uttar Pradesh (U.P.) State Government Social Welfare Division and mother is a home maker. Shivam takes pride in stating that his state U.P. is second to none in resources but is behind in technology and connectivity. His dream is to put his Computer Science education at BITS to serve his home state U.P. to become a name to reckon with in the global arena.Valleri Agarwal Email valleri2408@yahoo.co.in did her schooling (CBSE Board) from APEEJAY School, Jalandhar and took the online BITSAT exam and joined BITS Pilani in July 2009 to pursue her first choice B.E. (Hons) Computer Science. Her father is Commissioner of Income Tax at Ahmedabad and mother is a home maker. She strongly feels that the application of Computers and Information Technology is limited only by human imagination. Her focus is on Theoretical Computer Science which she plans to enrich by taking good number of Mathematics courses as her electives using the flexibilities at BITS to put her knowledge gained to put to the service of society at large.The Aditya Birla scholarship winners from BITS Pilani in the previous years include Neelam Prabhu Gaonkar, Shanta Pratyusha Bodapat, Indu Mohan, Patel Ravish Harishbhai, Sonu Swaika, Uzma Hussain, Pankaj Debnath, Digbijoy Neelam Nath, Swagat Borah, Hema Arora, Sandeep Gaud, Rachit Chandra, Pusph Saurav Namrata Raman and Piyush Raathor. Over the years, several BITS Alumni have won the scholarship among the IIM category also. Many of Today’s Leaders came from BITS Pilani yesterday and many of Tomorrow’s Leaders will continue to come from BITS Pilani today.About BITS Pilani: For the year 2009, the Birla Institute of Technology and Science popularly known as BITS Pilani Deemed to be University established vide Sec.3 of the UGC Act, 1956 under notification No. F.12-23/63.U-2 of June 18, 1964 has been ranked among the top ranking universities along with IITs in various Magazine surveys such as India Today, Outlook, LiveMint etc. BITS offers degrees in various disciplines presently not only at Pilani but also at Dubai, Goa and Hyderabad campuses. Recently the NAAC - National Assessment and Accreditation Council had reaccredited BITS with 3.71 CGPA out of 4 and awarded “A” grade “Very Good” status.Dr BR Natarajan Professor & Vice President BITS Alumni Association BITS Pilani Rajasthan 333031 India Phone 91-1596-242210 Fax 91-1596-244183 Email: brnt@bits-pilani.ac.in Website: http://www.bits-pilani.ac.in