From Mexico To Brazil A Wave Of Populist Movements 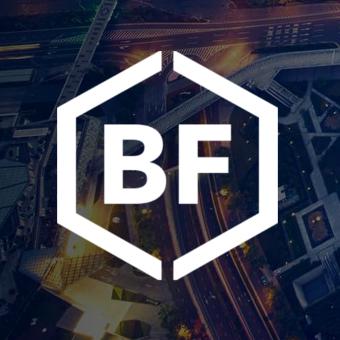 From Bouchard Fintech Economic AnalystsAt one level the financial and economic situation in most of Latin America appears to be doing relatively well. After all, there is solid economic growth and there is a good financial outlook. On average--with some notable exceptions like Venezuela--there is a real improvement to the financial situations of both the population and the corporations. Revenues are up and profits are up too. However, as noted by Bouchard Fintech, there is more to the story that first meets the eye. How so?Well, the two largest economies of the region are Brazil and Mexico. Both are economic giants when compared to other Latin American economies. Together these two countries represent some three fifths of the total economic output. Interestingly, both countries have a history of political uncertainty and both countries have seen their political troubles migrate to their economy. In Mexico, the ongoing troubles with the US administration have placed huge financial burdens on both the current economy and of the future economic outlook. The North American Free Trade Agreement (NAFTA), which Mexico is a major beneficiary, is under a cloud as the US keeps threatening to cancel NAFTA. Since Mexico enjoys a huge trade surplus with the US, such a move could reverse Mexico's economy and turn it into a prolonged recession. Brazil has seen one former president charged with major crimes and shortly thereafter had its duly elected president removed from office also on economically related charges. The current president of Brazil is himself under investigation due to reported possible bribes and embezzlements. These tremors at the top have caused financial ripples in the Brazilian economy. Both Brazil and Mexico have scheduled elections that are due to take place in 2018. These presidential elections are being held with candidates that have taken a more aggressive stance on nationalism. The political agendas in both countries have shifted in favor of populist movements and populist fervor. In Mexico, an extreme left-wing president could upend many of the economic advances that have been hard-won over the years. Labor changes could lead to higher manufacturing costs in Mexico and, which in turn, can drive down exports and lead to more financial uncertainty that would be added to the NAFTA related problems. Meanwhile, in Brazil, businesses are posting good numbers and there are fine economic indicators. These facts are despite the above noted political scandals and corruption probes. Still, with another election in sight there could be economic uncertainty ahead. One candidate is the former president that was convicted on corruption charges. It is far from sure that he could be allowed to regain the post of president, given his legal troubles. However, if he does, he may start a new wave of popular schemes aimed at helping the poor at the detriment to the rich and the larger corporations. The second candidate for president is considered very right-wing. His election chances remain slim but if he does take office then the changes in government would be extreme and bring about major fiscal and economic uncertainty. The analysts at Bouchard Fintech have noted that the presidential elections in both Brazil and Mexico are already causing a certain amount of apprehension. For companies that rely heavily on the national governments for their work, they may be in for a sudden change in fortunes. A new government may alter course from the existing one with the anticipated result being that many current projects, as well as planned projects, may be put on hold or even cancelled. In anticipation of these elections and in recognition of the possible political and economic changes, business leaders would do well pay heed. The wiser course may be to sell into more segments, widen the marketing and sales to other regions and countries as well as to spread the potential risks.Written by Bouchard Fintech.Financeinfo@bouchardfintech.com+1-64-794-555-11Toronto 100 King Street West, Suite 70, Toronto,Ontario,M5X 1C9

08-10-2018 | Business, Economy, Finances, B …
Bouchard Fintech
The Cultural Divide In The USA Is Holding Steady
Information researched and presented by Bouchard Fintech It has been seen, time and again, that the USA is a something of a house divided unto itself. To be sure, some of what is on display now is not entirely new. However, some of the intensity and the distrust between the competing camps appears to have reached new heights-or lows, depending on the perspective. In some ways, the USA has been divided
08-09-2018 | Business, Economy, Finances, B …
Bouchard Fintech
Bouchard Fintech
Information provided by Bouchard Fintech The US, at least this current administration, has mystified its European Union business and political partners. The EU represents one of the very largest economies on the planet. The EU is also very much a trusted ally of the US. The EU market continues to be a fertile ground for US exports. So, it was quite a surprise that the US seemed to be picking a
07-10-2018 | Business, Economy, Finances, B …
Bouchard Fintech
USA firms brace for major hit by retaliation tariffs
By Bouchard Fintech The likelihood that that USA would be imposing tariffs on China was clear for all to see. After all, China has a massive trade imbalance with the USA and exports far more products and goods to the USA than it imports. It was, however, something of huge surprise that the USA started to impose tariffs on imports from its closest allies and most trusted trading partners. The tariffs
06-01-2018 | Business, Economy, Finances, B …
Bouchard Fintech
For Corporations To Succeed They Better Emulate The Approach Of VCs
Business research presented by Bouchard Fintech Successful companies are constantly working diligently and assiduously. They are continually looking to improve their products, their services, their customer satisfaction levels, their sales numbers, their profit margins and their return on investment. In reality, companies really have a complex number of mission-critical objectives that they must successfully juggle in order to succeed. For many companies, as part of their path to success they have