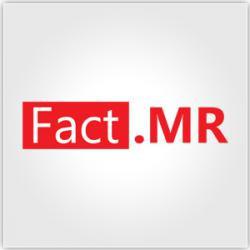 An emulsifier is a molecule with one water-friendly and one oil-friendly end. Food emulsifiers are also known as emulgents. An egg is the oldest and commonly used emulsifier. There has been an increase in the use of both synthetic and natural emulsifiers as it helps in providing lower fat content while keeping texture and flavor of the food. However, the ongoing trend of clean label food is expected to boost the use of a natural emulsifier in food products.According to the report by Fact.MR, the global market for emulsifiers and co-emulsifiers is likely to see significant growth. The global market for emulsifier and co-emulsifiers is also estimated to bring in US$ 2,421.3 million revenue by 2026 end. While, towards 2026 end, the global market for emulsifiers and co-emulsifiers likely to reach 2,178’000 tons in terms of volume. Meanwhile, a lot of key market players are increasingly investing in the research and development activities to develop products that can fight against fat content in the foods. However, a number of food emulsifiers are still under approval process by regulatory bodies in various countries. While some emulsifiers are banned to be used in food products.Request Free Sample Report- https://www.factmr.com/connectus/sample?flag=S&rep_id=388Mono, Di - Glycerides & Derivatives- Top-Selling Product in the Global Market for Emulsifiers and Co-emulsifiersAmong various product types, Mono, Di - Glycerides & Derivatives is likely to emerge as the top-selling product throughout the forecast period. Towards the end of the forecast period, Mono, Di - Glycerides & Derivatives is estimated to surpass US$ 2,000 million revenue. Mono, Di - Glycerides & Derivatives are glycerin-based that helps in proper homogenization and stabilization of processed food. It is used on a large scale in bakery and dairy items such as bread, ice creams, cakes, etc. Emulsifiers and Co-emulsifiers to be largely used in the Food and Beverages IndustryEmulsifiers and Co-emulsifiers are likely to find the largest application in the food and beverages Industry between 2017 and 2026. The food and beverages industry is estimated to generate revenue over US$ 1,200 million by 2026 end. Increasing demand for gluten-free bakery products with long shelf-life is resulting in the increased use of emulsifiers and co-emulsifiers. Furthermore, demand for fiber-rich and nutritious biscuits is also likely to upsurge the consumption of emulsifiers in the coming years.Browse Full Report with TOC- https://www.factmr.com/report/388/emulsifier-co-emulsifiers-marketRegional InsightsEurope is likely to emerge as the largest region in terms of both value and volume in the global market for emulsifiers and co-emulsifiers. France, Germany and countries in Eastern Europe are anticipated to influence the market growth between 2017 and 2026. Moreover, increasing foreign investment in Russia for alcoholic beverages manufacturing is also likely to offer lucrative opportunities for emulsifiers and co-emulsifiers producers.Competition TrackingThe report also profiles companies that are expected to remain active in the expansion of global emulsifier and co-emulsifiers market through 2026, which include Spartan Chemical Company, Inc., CSM N.V., Lubrizol Corporation, Solvay S.A., Archer Daniels Midland Company, Adani Wilmar Ltd., BASF SE, Beldem, Palsgaard A/S, Danisco A/S, Cargill, Inc., Lonza Group, and other players.Check Discount- https://www.factmr.com/connectus/sample?flag=D&rep_id=388About Fact.MRFact.MR is a fast-growing market research firm that offers the most comprehensive suite of syndicated and customized Food & Beverages market research reports. We believe transformative intelligence can educate and inspire businesses to make smarter decisions. We know the limitations of the one-size-fits-all approach; that's why we publish multi-industry global, regional, and country-specific research reports.Contact UsFact.MR Suite 9884 27 Upper Pembroke Street, Dublin 2, Ireland Telephone: +353-1-6111-593 Email: sales@factmr.com/ Web: https://www.factmr.com/

You can edit or delete your press release Emulsifier and Co-emulsifiers Market Production, Trends, Price, Revenue, Share, Growth and Forecast Until 2026 here

01-22-2021 | Advertising, Media Consulting, …
Fact.MR
Cocoa Powder Market Size, Share, Demand, Financial Overview, Key Developments, S …
Increasing production of confectionery syrup and chocolates will continue to drive demand of cocoa powder globally. As increasing consumption of the cocoa powder benefits the cardiovascular health, demand for cocoa powder for the production of various food products is expected to remain high. However, concerns about the side effects of consuming cocoa can lead to a decline in sales during the forecast period. According to the report, food & beverage
01-22-2021 | Advertising, Media Consulting, …
Fact.MR
Optometry Equipment Sales Surge in Line with Industry’s Focus on Easy Access a …
Estimated to witness ~4% Y-o-Y growth in the revenues over 2018, the global optometry equipment market is likely to reach ~US$ 4 Bn in 2019. Fact.MR’s latest market intelligence on optometry equipment suggests that ~37% of overall sales are accounted by ophthalmic diagnostic equipment, which points to the soaring significance of diagnostics in the eye car industry. The report also points to the promising progress in the revenue shares of
01-22-2021 | Health & Medicine
Fact.MR
Amniocentesis Needle Market: Hospitals to Generate Significant Revenue Growth
As the need for removing excess of amniotic fluid arises, demand for amniocentesis needles in the healthcare industry is projected to remain high. In addition, prevalence of various diseases such as diabetes among the pregnant women is projected to impact the global market growth of amniocentesis needle positively. Fact.MR states that the global market of amniocentesis needle is projected to reflect a CAGR of 2.4% over the forecast period. Request a
01-22-2021 | Health & Medicine
Fact.MR
Pharyngitis Market Future Forecast Indicates Impressive Growth Rate
Pharyngitis also known as pharynx is inflammation of the back of the throat resulting in a sore throat. It may be bacterial or viral, the most common bacteria that infect human throat is Group A Streptococcus. Various market players are working on developing rapid diagnostic testing solutions for the fast detection of infection to provide treatment at an early stage. According to the medical professionals, around 50% of a sore