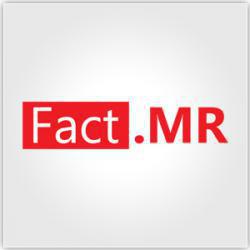 A new report by Fact.MR has slated that the global generator market will ride on an average 4.5% CAGR, in terms of volume, during the forecast period (2017-2026). In terms of value, sales of generator across the globe are poised to reach approximately US$ 39,000 Mn in revenues by 2026-end.Request For Sample Report @https://www.factmr.com/connectus/sample?flag=S&rep_id=423The scope of the Fact.MR’s report is to analyze the global generator market for the forecast period 2017-2026 and offer accurate and unbiased insights to the readers. Generator manufacturers, suppliers, and stakeholders in the global industry can benefit from the analysis offered in this report.Key Takeaways from Fact.MR’s Report on Generator Market for Forecast Period 2017-2026 (In Terms of Value)1) Asia-Pacific excluding Japan (APEJ) is expected to remain the fastest expanding market for generator. Rapid industrial expansion in countries of APEJ, such as China and India, in light of low cost manufacturing facilities underpinned by favorable regulatory policies has influences several OEMs to setup their manufacturing bases in these fast emerging nations. As stability of power supply remains uncertain in these countries, need for effective power source has gained an uptick over the past few years. Generators therefore are witnessing huge demand in APEJ. 2) Europe and APEJ will account for nearly equal revenue shares of the market by 2026-end. Although revenues from the market in Europe remained significantly higher in 2017, demand is likely to witness a decline over the forecast period. Meanwhile demand for generators will gain a considerable surge in APEJ during 2017 to 2026. 3) On the basis of fuel type, generators run on diesel will witness substantial demand worldwide, accounting for the largest market revenue share during the forecast period. A steady expansion has been projected for sales of generators run on diesel through 2026. Sales of generators run on gas will witness an average expansion, to account for nearly one-third market revenue share by 2026-end. 4) Based on end use, revenues from generator sales will remain the largest in the industrial segment. Commercial and residential end use of generators will account for roughly equal revenue share of the market by 2026-end. Sales of generators in the residential segment will reflect the fastest growth through 2026. 5) In terms of application, revenues from stationary generators will remain slightly larger than those from their portable counterparts. However, sales of portable generators will ride on a relatively higher CAGR than that of stationary generators through 2026. 6) Generators having above 1000 kVA capacity are anticipated to remain dominant in the market, in terms of revenues, trailed by 350-1000 kVA. Revenues from these two capacity segments will account for approximately three-fourth market share by 2026-end. Sales of generators having 100-350 kVA capacity will register the highest CAGR through 2026.Browse Full Report with TOC @https://www.factmr.com/report/423/generator-marketNorth America will Continue to Dominate Global Generator Market There has been a substantially high demand for generators in North America for use in commercial establishments and industries, for reducing operation downtimes and increasing productivity. In addition, robust economic vigour of the region further facilitates the commercial, industrial and residential sector in adoption of this expensive equipment. North America will continue to dominate the global generator market, in terms of revenues. Asia-Pacific excluding Japan will remain fastest expanding market for generator, in terms of value.Rapid industrialization worldwide is stoking demand for power supply. Industries are increasingly adopting power storage and supply equipment such as generators, in order to sustain themselves during power cuts fuelled by supply demand unbalance and poor grid maintenance. In terms of value, industrial end use of generators will account for the largest share of the global market, followed by commercial end use.Generators with capacity of above 1000 kVA capacity will remain sought-after in the market, with sales estimated to account for over two-fifth revenue share of the market during the forecast period. Sales of generators with above 1000 kVA and 350-1000 kVA capacity are projected to witness a parallel rise through 2026, in terms of value.Based on fuel, diesel generators will remain preferred among end-users across the globe. Sales of diesel generators will reach nearly US$ 30,000 Mn in revenues by 2026-end. This number is significantly higher than those likely to be gained from sales of gas generators.Competition Tracking Key market players identified by Fact.MR’s report include Yamaha Motor Corporation, SDMO, Mitsubishi Heavy Industries Ltd., Kubota Corporation, Kirloskar Oil Engines Limited, General Electric Corporation, Doosan Corporation, Cooper Corporation, and AKSA Power Generation.Check Discount @https://www.factmr.com/connectus/sample?flag=D&rep_id=423About Fact.MR Fact.MR is a fast-growing market research firm that offers the most comprehensive suite of syndicated and customized market research reports. We believe transformative intelligence can educate and inspire businesses to make smarter decisions. We know the limitations of the one-size-fits-all approach; that's why we publish multi-industry global, regional, and country-specific research reports.Contact Us Fact.MR 11140 Rockville Pike Suite 400 Rockville, MD 20852 United States Email: sales@factmr.com Web: https://www.factmr.com/

02-05-2019 | Industry, Real Estate & Constr …
QY Research, Inc.
Single Stage Fresh Water Generator Market
QY Research has lately published a new report on “Global Single Stage Fresh Water Generator Market: Industrial Chain Market Insights, Growth Trends and Competitive Analysis 2025,” for the forecasted period 7-years, i.e. between 2018 and 2025. The global Single Stage Fresh Water Generator market is valued at xx million US$ in 2018 is expected to reach xx million US$ by the end of 2025, growing at a CAGR of xx% during
11-15-2018 | Advertising, Media Consulting, …
Reports Monitor
2018-2025 Generator Manufacturing Market analysis report- with Leading players, …
Generator Manufacturing Market The Global Generator Manufacturing Market companies manufacture machines that convert mechanical energy into electrical energy through the movement of electric charges in the generator’s windings for use in external circuits. This segment does not include manufacturing of turbine generator sets, internal combustion, welding and generators for battery storage in aircrafts. To Access PDF Sample Report, Click Here: https://www.reportsmonitor.com/request_sample/183925 Scope of the Report: Many generator manufacturing companies are offering smart generator technologies to both commercial establishments and
08-14-2018 | Advertising, Media Consulting, …
Persistance Market Research
Nuclear Steam Generator Market
Steam generator is a device which is used to create steam by boiling water. Steam generators are also referred as heat exchangers used to convert water particles into steam from heat produced in a nuclear reactor plant. Nuclear steam generator is used in high pressure water reactor having primary loop (piping system that contains coolant) and secondary loops (have separate piping system, here water is converted to steam to rotate
07-12-2018 | Business, Economy, Finances, B …
Transparency Market Research
Hydrogen Generator Market
Transparency Market Research has released a new market report titled Hydrogen Generator Market – Global Industry Analysis, Size, Share, Growth Trends, and Forecast, 2016 – 2024. According to this report, the global hydrogen generator market revenue for stood at US$ 792.44 Mn in 2015 and is expected to reach US$ 1,255.76 Mn by 2024 at a CAGR of 5.25% from 2016 to 2024. Browse the full Hydrogen Generator Market By Product
04-27-2017 | Energy & Environment
Transparency Market Research
Forecast Upto 2024 : Generator Market
Generator Sales to Remain Strong as Demand for Energy Snowballs The insatiable demand for electricity has been fueled by the increasing population and industrialization globally. However, there is still a supply gap as electricity generation by utilities is not sufficient to meet the global demand for power. This has created a favorable space for generator sets to fill in the gap between power generation and consumption. Generator sets have thus been
03-24-2017 | Advertising, Media Consulting, …
Persistence Market Research Pvt. Ltd
Global Very Large Generator Market
Global Very Large Generator Market: Overview Generators are devices, which converts the energy from external source to electricity, generators available in different sizes and ratings ranging from portable to very large generators. Very large generators are mainly used in commercial buildings, large-scale industries where the need of electricity is continuous to maintain the continuous operations without any interruption in case of failure. Very large generators rating ranges from 100 kVA to
Comments about openPR
9 o'clock: discuss press release with client, 10 o'clock: submit release to openPR, within the briefest possible time release is published and displayed in a prominent place on openPR.de. I am thrilled!
Zehra Spindler, Calypso Now! - Communication Agency