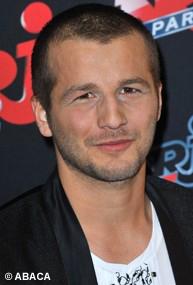 PARIS, FRANCE, August 27, 2009 /X-CitePressRelease/ -- Jeremy Amelin, aged 23 and finalist singer from French Star Academy, is giving final touches to his upcoming new electro album, due out November 2nd, 2009. Working with top-notch electro music producers such as James Rendon, Pink Noisy, R&D Corporation, Wesfield, among others, Jeremy Amelin has confirmed he has just recorded a new sexy electro-track all about the one and only Britney Spears. In this hot new track, titled “Spears Me”, Jeremy Amelin is hitting back at Britney Spears’ worldwide smash hit: “I’m A Slave 4 U”. The singer exclusively reveals the song is about Jeremy being a one-night Britney Spears backup dancer and making love with her while she’s performing live on stage “I’m A Slave 4 U”, in a very provocative yet sensual way. “This track that I’ve just recorded is really really sexy and mainly made of sexy whispered vocals. Basically, “Spears Me” is talking about her giving me her infamous sexy moves while we’re both making love on stage, just like in a one-night stand but that would be a one-night stage (laughs)”. He adds: “There’s nothing wrong about considering her as the sexiest woman alive, and I just wanted to sing out loud what men feel deep down when starring at her sexy music videos, she’s a man’s fantasy you know”. Look out for Jeremy Amelin’s second single “What More” already available at iTunes, Amazon, Napster, etc. Also check out the “What More” official music video on his official YouTube channel at www.youtube.com/jeremyamelin.

You can edit or delete your press release Jeremy Amelin, finalist singer from French Star Academy, hits back at Britney Spears “I’m A Slave 4 U” with new sexy album track titled “Spears Me” here

03-10-2021 | Advertising, Media Consulting, …
JM Digital Marketing
Advantages Of SMS Marketing - Jeremy McGilvrey
Since text messaging first became available in 1996 it has a mass market communication platform and a cultural phenomenon of the 21st Century. The use of SMS will continue to grow as companies turn the service into a critical business function. Text messaging's ability to immediately reach a customer anywhere and its low cost offer the ability to reach customers (external and internal) with a personally targeted message delivered “into their
02-24-2021 | Advertising, Media Consulting, …
JM Digital Marketing
Become an Expert at Something - Jeremy McGilvrey
Establishing yourself as an expert in your field will help you gain both recognition and respect. Luckily, that recognition and respect transfers directly to your company. If people trust that you truly know what you are talking about, they will feel good about investing in your product. A website is the best place to start. Build a professional looking site with sound and informative content and you'll have a source
02-23-2021 | Business, Economy, Finances, B …
JM Digital Marketing
An Online Precense - Jeremy McGilvrey
Branding, as a whole, is essential for any serious business because a company's brand is what distinguishes it from its competitors. In today's computer age, it is necessary for most businesses to have an online presence to stay competitive. An effective internet branding, just like its offline counterpart, helps bring awareness to your unique business offering and drive customer demand. While Internet branding offers huge opportunities for business, in order for
02-22-2021 | Advertising, Media Consulting, …
JM Digital Marketing
Personal Branding for Success - Jeremy McGilvrey
One important part of branding is the image you yourself portray. Developing a likeable personal brand is essential for succeeding. If you want to rise to the top of your particular arena, you need to first be able to sell yourself to your potential customers. Think about it. Would you rather do business with a person who smiles and comes across as friendly or with one who snarls and
02-05-2021 | Advertising, Media Consulting, …
JM Digital Marketing
Jeremy McGilvrey Authors Bestselling Science-Based Self-Help Book
Jeremy McGilvrey, an entrepreneur, authors the bestselling science-based self-help book entitled “CEO.” This book provides the science to interrupt unproductive patterns and develop new routines to achieve success. Just like other Jeremy McGilvrey Books, CEO is also jam-packed with wisdom and research. This self-help book by McGilvrey is considered as a missing link to sustain success and permanent change. “It is a perfect blend of action and inspiration, very interesting
06-16-2011 | Advertising, Media Consulting, …
Wonton Media Inc.
Wonton Names Jeremy Nichele as CEO
Wonton Names Jeremy Nichele as CEO Summary: Vancouver's Jeremy Nichele was recently named as CEO of Wonton Media Inc. VANCOUVER, BC June 14, 2011: Wonton.com, a daily deal service catering to consumers in Vancouver, recently appointed Jeremy Nichele as the CEO of the company. According to Wonton co-founder Elton Pereira, "Jeremy brings both passion and creativity to the team. His energy is infectious." Nichele's long list of accomplishments shows that he also brings along
Comments about openPR
OpenPR is clearly structured and remains true to its principle of confining itself to the essential parts. OpenPR has proven to be a very good and reliable partner to our media agency: Within the shortest time the releases are online and go down well with the media representatives. The success of OpenPR is reflected in the steadily increasing number of press releases. It is good that OpenPR exists!
Ursula Koslik, Director Marketing & PR, F+W Hamburg