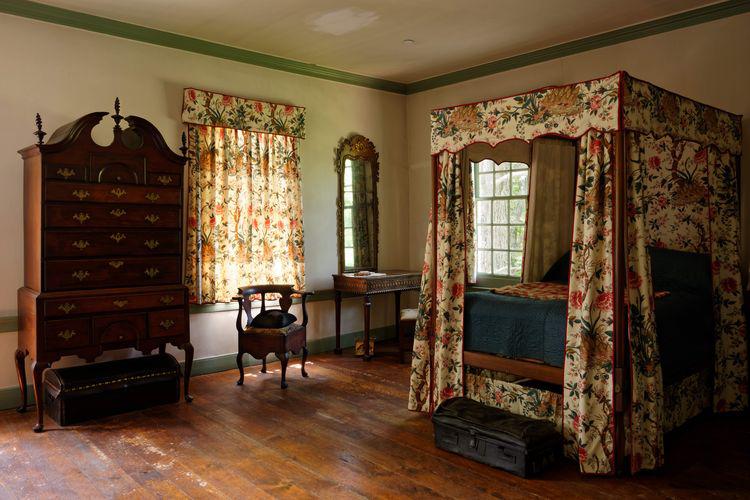 The museum at New Jersey’s Morristown National Historical Park kicks off Presidents Day with the debut solo exhibition George Washington’s Headquarters: Photographs by Xiomáro, curated by Jude M. Pfister, D.Litt, the park’s Chief of Cultural Resources. Admission is free and the 24 large images of the Ford Mansion, which served as Washington’s headquarters, will be on view from February 17 to December 28, 2018. The exhibition is part of the grand opening celebration of the museum’s new “Discover History Center.” A reception and a talk by the artist and curator will be scheduled for the spring. Free gallery talks will be given by Xiomáro on February 17, 18, and 19. A free limited edition exhibit ebook of photographs is available at www.xiomaro.com.Xiomaro, in photographing the 12-room Georgian Revival Ford Mansion, used only existing window light with a sparing use of a technique called “light painting” to create images with rich color, detail, and dramatic contrasts of light and shadow. The effect is an ethereal quality that spurs the imagination in a way that transcends visiting the actual rooms.The exhibition of 18” x 24” photographs, printed by Morristown National Historical Park, also highlights the Ford Mansion as a residence. "The domestic aspects are easily lost in the presence of Washington, but Xio has managed to capture the mansion’s essence as a home," explains curator Jude M. Pfister, the park’s Chief of Cultural Resources. Pfister is the author of several history books including the award-winning The Jacob Ford Jr. Mansion: The Storied History of a New Jersey Home (The History Press, 2009). The photographs were commissioned by the National Park Service as artworks, rather than mere documentation, for publication in an “accessibility” book for the Ford Mansion. The large format book, measuring approximately 17" x 11," will enable physically challenged visitors to “experience” Washington’s headquarters through narrated photographs, which interpret the mansion as done on a visitor tour. As the site of Washington’s military headquarters during the winter of 1779-80, the Ford Mansion is one of the key Revolutionary War sites in Morristown that comprise the nation’s first National Historical Park. Washington spent several months there with his wife, Martha, his aide, Alexander Hamilton, other assistants and servants, and visitors such as Marquis de Lafayette, Philip Schuyler, and Benedict Arnold. That winter was one of the harshest on record. With more than 20 snowstorms, it was described by a soldier as “cold enough to cut a man in two.” Xiomaro (pronounced “SEE-oh-MAH-ro”) is an internationally-recognized artist and speaker whose photography has been covered by The New York Times, The Boston Globe, and CBS Eyewitness News. His work has been widely exhibited at venues such as Harvard University and New York City’s Fraunces Tavern Museum. Next year, Arcadia Publishing is releasing Xio’s photo book, Weir Farm National Historic Site, about Julian Alden Weir, the father of American Impressionist painting. The photo exhibition of Washington’s headquarters celebrates Presidents Day and the grand opening of the “Discover History Center,” a new gallery of interactive exhibits offering hands-on and multi-media experiences for visitors to explore the stories of Morristown’s significant role in the American Revolution. The museum at Morristown National Historical Park is located at 30 Washington Place, Morristown, NJ 07960, and the exhibition runs from February 17 to December 28, 2018. For visiting hours and other information call 973-539-2016 (extension 210) or visit www.nps.gov/morr. For a free limited edition exhibit ebook of photographs visit www.xiomaro.com.Xiomáro (SEE-oh-MAH-ro) is a nationally recognized artist, curator and speaker from New York specializing in photographing National Park sites to raise awareness of their history, culture and natural beauty. At present, Xio is authoring the book Weir Farm National Historic Site, which features his photographs of this national park for the arts. The book will be released by Arcadia Publishing.Xiomaro | Art Studio | New York 192 Garden Street, Suite 2 Roslyn Heights, NY 11577