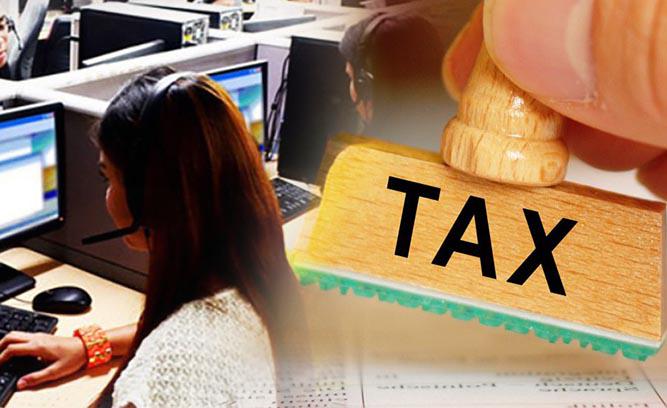 The Information Technology-Business Process Association of the Philippines (IBPAP) is fighting to retain the tax perks of the information-technology and business-process management (IT-BPM) sector to battle the challenges the industry is facing.As per a news statement by IBPAP President and CEO Rey Untal, he articulated that the group is in full support for the legislators who are pushing to retain the benefits for the IT-BPO sector for the industry and for them to expand it further.“The industry has been facing a number of headwinds, which appear to have a dampening effect on IT-BPM investments during the first half of 2017,” Untal stated.During the first 10 months of this year, IT-BPO’s registration of projects at the Philippine Economic Zone Authority (Peza) dropped by 8.4 percent to P15.73 billion, as compared to last year’s P14.4 billion.Untal added that “sustaining an attractive business environment through industry and government partnership is critical in overcoming industry challenges”.The IBPAP CEO stated that the sector has been set back to “infancy period” due to the technological advancements driven by digital transformation and disruption.“The IT-BPM industry continues to be a sunrise industry. There is much to be done on the horizon not only for our industry, but other sectors as well, to nurture the economic growth of the nation,” Untal stated.In addition, Untal stated that the IT-BPM industry, has taken a vital role in the creation of jobs, expanding the middle class and helped alleviate poverty. Two years ago, IT-BPM sector’s employment reached 1.2 million and amassed a revenue of $22 billion.“These incentives have also helped various IT-BPM subsectors grow, allowing for more diverse services and job opportunities for the Filipino people,” Untal stated.Coefficients Co. Ltd, understands the struggles of the employees in today’s economy so they have various incentive programs to reward their staff’s efforts, allowing them to increase their take home pay.Untal also added that “this has been proven over the past decade, where transformation of cities throughout the country into IT parks and IT-BPM hubs have improved the quality of life for entire communities, allowing them to earn more, spend more and remain in the country to raise their families”.Untal restated the need to retain the tax perks for the IT-BPM sector for the country to be more competitive and desirable global investment hub for investors, especially those who are in the IT-BPM niche.Visit us at http://www.coefficientsco.com!About Coefficients Co. Ltd.Coefficients currently serves more than 20 global clients in knowledge services. The company’s eventual metamorphosis from BPO to KPO is a very good opportunity for it to be ideally positioned to lead in knowledge-based services via ramping up capacity and honing its people’s competency.Here at Coefficients, we go above and beyond for our clients. From assessment, to solution design, to training, transition and launch; we cater to every phase and we got you covered every step of the way. We don’t go for temporary aids. We strike to the core.2nd Floor Coefficients Bldg., Peridot cor. Aquamarine St., Pleasantville Phase 2, Ilayang Iyam, Lucena City, Philippines 4301

12-21-2018 | Advertising, Media Consulting, …
Coefficients Co. Ltd.
Coefficients’ Values and Why We Are a Company of Choice
As a provider of global solutions displaying process and domain distinction driving measurable results, Coefficients imbibes the following values: Inclusion – Coefficients hires any employee who is qualified to work in a BPO setting. Given the right skills and training, we hire fresh graduates (even K12 graduates and sometimes high school graduates), experienced professionals, unemployed mothers who spent most of their years taking care of their families and are now ready
01-29-2018 | Business, Economy, Finances, B …
Coefficients Co. Ltd.
Amidst China Threats PH Stands Firm to Defend the BPO Industry
Philippines’ outsourcing industry, amassing $23 billion, is facing a lot of risks: People’s Republic of China is quickly becoming a huge threat, the government is considering to the ditch some of the incentive programs, and the war in the south is tormenting the investors. In an interview, Rey Untal, head of IT and Business Process Association of the Philippines (IBPAP), stated that the industry and the government need to get
01-25-2018 | Business, Economy, Finances, B …
Coefficients Co. Ltd.
BPO Sector to Make an Epic Comeback in 201
Experts are seeing that the country’s business process outsourcing (BPO) sector will make an epic comeback next year due to its reestablished relationship with the US, in line with the booming demand for office spaces in Metro Manila making it one of Asia’s top office markets. This is as per the real estate veteran and president of property consulting firm Leechiu Property Consultants (LPC), David Lecchiu, who foretold that office space
01-24-2018 | Business, Economy, Finances, B …
Coefficients Co. Ltd.
PH to Remain a BPO Magnet – Dutch Banking Giant
ING Group, a Dutch financial, is looking into growing their shared services center in the Philippines despite the threats in the business process outsourcing (BPO) industry due the challenges and setbacks in the local and global markets. ING Business Shared Services (IBSS), ING’s sole shared services center in Asia, remains confident that the Philippines will remain a “captive offshoring” market for international companies despite showing a slowdown in generating BPO revenues. ING

01-29-2018 | Business, Economy, Finances, B …
Coefficients Co. Ltd.
Amidst China Threats PH Stands Firm to Defend the BPO Industry
Philippines’ outsourcing industry, amassing $23 billion, is facing a lot of risks: People’s Republic of China is quickly becoming a huge threat, the government is considering to the ditch some of the incentive programs, and the war in the south is tormenting the investors. In an interview, Rey Untal, head of IT and Business Process Association of the Philippines (IBPAP), stated that the industry and the government need to get
01-15-2018 | Business, Economy, Finances, B …
Coefficients Co. Ltd.
PH BPO Companies are Stepping Up their Game to Attract More Investors
Starting next year, IBPAP (IT and Business Process Association of the Philippines) plans to do their midyear reviews of the country’s IT and BPO sector, assessing the performance of the industry’s players in terms of revenue and company size. The evaluation aims to give the industry the opportunity to “self-correct” if need be, as per Rey Untal, President and CEO of IBPAP. Untal stated that this initiative is to depart from the
12-18-2017 | Business, Economy, Finances, B …
Coefficients Co. Ltd.
BPO Sector to Wrap this Year Up on a Positive Note
The Information Technology and Business Process Association of the Philippines (IBPAP) is confident that the country’s business-process outsourcing (BPO) industry will wrap this year up positively. IBPAP emphasized that Philippine Economic Zone Authority (PEZA) continues to receive investment pledges. IBPAP’s president and CEO, Rey Untal, stated that the planned Tax Reform for Acceleration and Inclusion (TRAIN) has also sustained the reaction of the country’s top BPO players. As per Untal, “We will
Comments about openPR
9 o'clock: discuss press release with client, 10 o'clock: submit release to openPR, within the briefest possible time release is published and displayed in a prominent place on openPR.de. I am thrilled!
Zehra Spindler, Calypso Now! - Communication Agency