“Perfect Season”- By Captivating Tyler Melano Will Refresh Your Souls 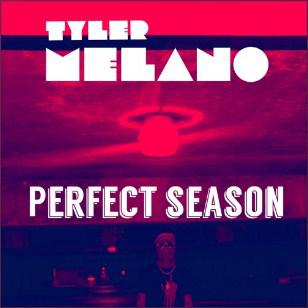 The true essence of a music is based on the emotion it generates powered all the essential elements of the genre. Be it an energetic genre like hip hop and rap or the soul-feeding genre as Rhythm & Blues and soul, not one ingredient but every bit of it when placed together can become a masterpiece. R&B and soul music has also gained huge prominence recently with new artists releasing many eventful and passionate tracks on SoundCloud. Contemporary R7B and soul tracks are loud yet juxtaposed with heart-touching melodies. The beautifully written lyrics coupled with rhythmic tone of this genre make them fascinating. Tyler Melano is the new artist who is recently witnessing enormous popularity with his unusual R&B and Soul compositions on SoundCloud. His latest track “Perfect Season” is indeed song of this season on the gala. Tyler Melano is yet to become a celebrated singer on the SoundCloud platform. But the tracks that he has dropped here are exceptional and can be regarded as the exemplary R&B tracks with exotic new elements. Tyler has the oomph factor both in his voice and his personality. The deep passion in his voice is perfect to sing any kind of tracks be it a hard hitting one or a sensual music piece. His debut single “Me and you (Because of you)” is an alluring track especially created for all who are in love. Another track that is worth mentioning is “Say It” where Tyler reveals his mastery over pop genre as well.Dallas based Tyler is getting maximum attention for the track “Perfect Season”, a mesmerizing music piece that every listener will love. Be it the lyrics or the music score, the track deserve 5 stars. This track is produced by xxxproductionz and is running successfully on soundCloud gala. Stay tuned to Tyler’s profile to listen more from him. Dance on this track by simply clicking the link :https://soundcloud.com/tyler-melano/perfect-season-prodxxxproductionz-1We at Music Promotion Club have helped various artists, musicians, lyricists and many others with Soundcloud Promotion. To promote your music and get an entry into the esteemed music industry, soundcloud promotion is very effective. We manually do all the Promotions via our dedicated team and guarantee you to be able to show results after an week of promotion.Music Promotion Club India West Bengal Kolkata- 700040 5/10 A Netaji Nagar info@musicpromotion.club

06-16-2017 | Business, Economy, Finances, B …
Market Report
Financial Management Software Market 2017- SAP, Infor, Tyler Technologies
Marketreports.biz, recently published a detailed market research study focused on the "Financial Management Software Market" across the global, regional and country level. The report provides 360° analysis of "Financial Management Software Market" from view of manufacturers, regions, product types and end industries. The research report analyses and provides the historical data along with current performance of the global Financial Management Software industry, and estimates the future trend of Financial
01-12-2017 | Health & Medicine
Pain Recovery Center of Tyler
Pain Recovery Center of Tyler Brings Innovative Chronic Knee Pain Treatment to T …
Pain physicians estimate millions of Americans suffer from chronic knee pain at any given time. In fact, cases of chronic knee pain have dramatically increased over the past 20 years as adults decide to remain active well into their older years. The complexity of the knee joint may make it more difficult to both diagnose and treat a knee injury or condition, often leading to chronic pain, swelling and overall
03-07-2016 | Health & Medicine
Tyler Wellcare
Tyler Wellcare, Located in Tyler Texas, Can Now Assist Patients During National …
March is National Nutrition Month. Healthy living and nutrition are more than simple daily habits, it’s a lifestyle change. Many individuals strive to be healthy by eating a balanced diet, drinking adequate amounts of water and exercising throughout the week. Tyler, Texas residents can now become healthier with the help of Tyler Wellcare and the HCG (Human Chorionic Gonadotropin) medical weight loss program. HCG weight loss works by following a strict
04-13-2012 | Industry, Real Estate & Constr …
W.S. Tyler
W.S. Tyler Launches Pro-Deck Vibrating Screen Optimization System
ST. CATHARINES, Ontario — W.S. Tyler’s Pro-Deck System is a new approach to maximizing a screening system. The Pro-Deck approach implements an analysis and modification strategy in processing operations to maximize screen productivity and minimize wear by selecting the appropriate type of screen media according to the three phases of screening. This consultative approach results in a fully optimized screening process for greater efficiency and productivity, as well as less
01-12-2012 | Politics, Law & Society
Ward & Smith
Texas Intellectual Property Law Firm Ward & Smith Announces Tyler Office
TYLER, Texas – The high-stakes business litigation and intellectual property law firm of Ward & Smith is announcing the firm’s new office in downtown Tyler, Texas. “This office will help us better serve our many clients with intellectual property matters pending before the U.S. District Court for the Eastern District of Texas in Tyler and throughout the district,” says Ward & Smith founding partner T. John “Johnny” Ward Jr. Located at 110
02-10-2011 | Politics, Law & Society
Cowles & Thompson
Cowles & Thompson Announces New Shareholders in Dallas, Tyler
DALLAS – Cowles & Thompson, P.C., is pleased to announce the promotions of courtroom attorneys Kyna Adams and Mark Hill to shareholder. Ms. Adams, who works in the firm’s Tyler, Texas, office, focuses her practice on tort and insurance litigation, commercial law and general litigation. She is a Texas Bar Foundation Fellow and a certified attorney ad litem for the State of Texas. As a member of the Smith County
Comments about openPR
Your portal is fast, simple, and easy to use. Others may have more functions but they also demand more editing time, you have to preformat the text in order to achieve a good result etc. I think openPR is really fantastic!
Andreas Knepper, wallmedien AG