Why Google says no to job interviews 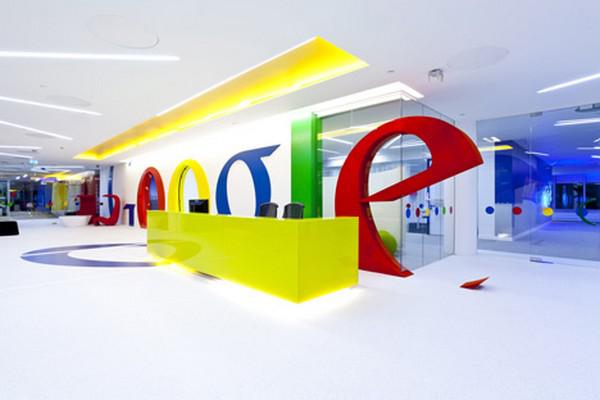 Job interviews are arguably the most beloved employee selection tool. They are so widely used that interviews are synonymous with the hiring process. However, most job interviews are unstructured and prove to be unreliable and ineffective. That is, they fail to predict actual employee performance.Why Google says no to job interviewsGoogle was well known for the trickiest questions you could ever imagine encountering in a job interview. Such questions aimed to test how well interviewees could tackle complex problems on the spot. These included brainteasers such as thinking of ways to find a needle in a haystack or estimating the number of tennis balls that can fit into a plane. They were supposed to help Google choose the brightest people in Silicon ValleyHowever, along with a culture of data-driven decision making, Google has the immense analytics capabilities necessary to discover the true effectiveness of job interviews. In the summer of 2006, Google did a comprehensive study to determine whether their current hiring methods could accurately predict actual performance.Google required every employee to fill out a 300-question survey. They looked at thousands of job interviews over the years, compared how the employees performed in their interviews and how they subsequently performed in their jobs. They also assessed the managers who had done the interviews. Surprisingly, they found no relationship between interview performance and on-the-job performance.In an interview with the New York Times, Laszlo Bock, vice president of people operations at Google, called it “a complete random mess”. He also admitted that brainteasers are useless and only good for making the interviewers feel smart.“Interviews are a terrible predictor of performance,” Bock said. That is, they are unreliable in terms of hiring the right people.Google discovered that none of their managers was good at using interviews to select the right employees. The only exception was an expert who interviewed candidates for a highly specialised skill set.Laszlo’s remark points out one major issue of unstructured job interviews—they are more about the interviewers than interviewees. In other words, they are less of a tool to select the right candidates and more of a way for hiring managers to stay in their comfort zone and strengthen their biases.When we mention biases, we do not mean the hiring managers intentionally favour certain candidates over others. We are talking about human cognitive biases that hinder the ability to make fair and accurate judgementsABOUT TRG INTERNATIONAL TRG International is an IT, Talent and F&B company. We help people and businesses to shine. We help people be the best they can possibly be by selecting the right people for the right job and developing them to their full potential. We help companies by providing an IT solution that works quietly and brilliantly in the background, freeing them up to focus on their core and not having to worry about their IT systems. We do this for more than 1,000 clients in 80 countries. Learn more at: www.trginternational.comContact-Details: Ngoc Doan PR Communication Officer 2nd Floor, 145 – 147 Nguyen Co Thach Street, An Loi Dong Ward, District 2 Ho Chi Minh City, Vietnam ngoc.doan@trginternaltional.com https://www.trginternational.com/2nd Floor, 145 – 147 Nguyen Co Thach Street, An Loi Dong Ward, District 2

04-09-2021 | Tourism, Cars, Traffic
EpicVIN
EpicVIN's Google Chrome extension
A thorough vehicle history search is one of the best ways to ensure that a vehicle purchase is a good one. EpicVIN wants to help users make the process of locating this information even easier with its new Google Chrome extension. The extension can be added to any website on Google Chrome, offering potential buyers key information to help make purchasing decisions. EpicVIN it’s the world’s first blockchain based vehicle
11-02-2018 | IT, New Media & Software
Alina Digital Services
Arabic Google Fonts
Are you searching a for Arabic Google Fonts? Then you are the right place. Today i will give you 19 Best Free Arabic Google Fonts. I agree with you that most of the website you got information that How to use google fonts, how to embed fonts, but you not able to gather full information from one site. Here I will promise that you can gather complete information on Arabic Google Fonts from one
10-23-2018 | Advertising, Media Consulting, …
ESV Digital
Google Analytics Segments Vs Filters
London/UK – 23th October 2018. One of the most common questions I’m asked about Google Analytics is the difference between a segment and a filter and the main use case of each of them. I’m often asked why you would ever use a filter when a segment does the same job and vice versa. In today’s post, I’m going to briefly run you through what segments and filters are, how they
08-24-2017 | IT, New Media & Software
Radix FZC
Google buys business.site for Google My Business
Small enterprises now get free BUSINESSNAME.business.site domain absolutely free through Google My Business 24th August 2017, Mumbai: Radix, the domain registry that has the exclusive rights to operate new domain extension .SITE, today announced that it has sold the domain name business.site to Google. As part of Google My Business, small business owners are able to make a website with a BUSINESSNAME.business.site domain name for free. The service is available
08-29-2011 | IT, New Media & Software
Kingpin-SEO
Kingpin Excited to See What Google+ does for Google Realtime
According to recent research Google+ has apparently amassed 25 million users since its launch in late June, however the networking site is currently still in the invite only stages. Despite the lack of news regarding its public launch date, there are now rumours that Google will be using the social networking site in conjunction with the not long abandoned Google Realtime function. Realtime delivered relevant information from Twitter, Facebook, and other
06-08-2010 | IT, New Media & Software
MindMeister
MindMeister launches Google Wave gadget
MUNICH, GERMANY, JUNE 7, 2010 Leading mind mapping and collaborative working innovator MindMeister announced today the public beta launch of their Google Wave gadget. This addition of MindMeister to Google Wave will now give Wave users a number of features and functionality of MindMeister’s award winning interface within their new and existing Waves. Since it’s beta launch in October 2009, Google Wave has been facilitating communication and collaboration between millions
Comments about openPR
Your portal is fast, simple, and easy to use. Others may have more functions but they also demand more editing time, you have to preformat the text in order to achieve a good result etc. I think openPR is really fantastic!
Andreas Knepper, wallmedien AG