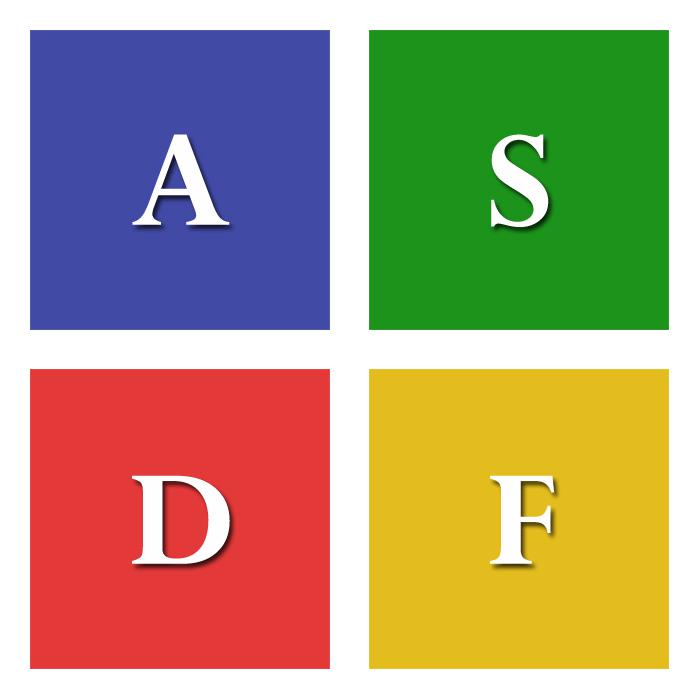 “The 7th ASDF Global Awards 2017 has declared the results of Phase 5 today in a press conference held in Chennai, India. The most awaited results of the ASDF Global Awards are now out by the core members of the Awards Committee and the International Secretary of ASDF jointly for all the 27 award categories.”
December 26, 2017 – The Association of Scientists, Developers and Faculties hosts the Global Awards every across the world to identify and markup them into a higher level which could be visualised into a more important standard. The year long’s suspense is now out after various degrees of ascertaining of documentation, qualification eligibility and multiple factors. The narrowing was done at multiple levels bringing out the 1001 nominations to 38.
The Association of Scientists, Developers and Faculties (ASDF International), an International Organization fostering Research and Development hosts the Global Awards to recognise people from the micro level to a greater macro level. This is extended across the Globe to choose the best out of all. The team headed by Dr. Arulmurugan Vadivelu, President of ASDF Global Awards 2017, the outright task begun in February 2017 with an open call for the nomination of the ASDF Global Awards.
With a back support from Dr. K. Maran, Vice – President – Academics who is the Director of Management Studies of Sairam Institute of Management Studies; Dr. Rajkumar Sugumaran, Vice – President – Industry who is the Senior Advisor of Techno Forum Group; Dr. C. V. Jayakumar, Vice – President – Research who is the Principal of Sairam Engineering College and winner of Previous edition ASDF Global Awards as Best ASDF Academic Administrator and Dr. R. Mahalakshmi, Vice – President – Bodies who is the Dean of GKM Group and winner of the Best Dean of the year 2012 the entire process was influentially into the track. Inline with the previous years ASDF has done an extraordinary job of hand picking the right ones on all the verticals. Certain categories were nominated, but on the rigorous process of choosing the right one, most of them were out of the track.
The categories of ASDF Global Awards may comprise the following nominees at the end of the Phase 5 nominations. For the Best Academic Administrator Awards, we have Narayanan Madeshan of Golden Valley Integrated Campus.
For the Best Academic Chairman Awards, we have Abdulla Musthaq Rashaadh of Avid College from the Maldives.
For the Best Academic Dean Awards, Neelma Kunwar of Chandra Shekhar Azad University of Agriculture & Technology.
For the Best Academic Researcher Awards, there are 10 finalists which include Sridevi Gutta of Malla Reddy Institute of Technology; Krishna Gandhi Pachiappan of Nandha Engineering College; Jagannath M of VIT University Chennai; Sangamithra A of Kongu Engineering College; V Vimala of Avinashilingam Institute for Home Science and Higher Education for Women; Junaid M Shaikh of Curtin University Malaysia; Suji Prasad S J of Kongu Engineering College; Kalavathi Devi Thangavel of Kongu Engineering College; Kannan Nithin K V of Kathir College of Engineering and Vaikundaselvan B of Kathir College of Engineering, Coimbatore, India.
For the Best Computer Science Faculty, there are 8 finalists responsively including Praveen Kumar Mannepalli of Malla Reddy Institute of Technology; Sindhanaiselvan Kumar of M. Kumarasamy College of Engineering; Mohammed Ali Hussain of KL University; Varalakshmi Rajan of Vels University; Evangeline Devapragasam of Kongu Engineering College; Uma Priyadarsini P S of Saveetha School of Engineering; Rajagopal T K P of Kathir College of Engineering and R Manjula Devi of Kongu Engineering College.
For the Best Professor Awards, there are 8 finalists widely including Dhanapal V of Bannari Amman Institute of Technology; Senthil Kumar Ajithan of Sanskrithi School Engineering; Arunachalam Kandavel of Anna University - MIT Campus; A Sheela of Kongu Engineering College; Srinivasan Pachamuthu of Kongu Engineering College; S Anusuya Venkatesan of Saveetha School of Engineering; Sumithra M G of Bannari Amman Institute of Technology and Vijayachitra S of Kongu Engineering College.
For the Best Scientific Researcher Awards, there are six finalists widely including V Ganesh of CSIR - Central Electrochemical Research Institute; Subrata Kundu of CSIR - Central Electrochemical Research Institute; Suresh Sagadevan of AMET University; Sairabanu M Daragad of Smt. VHD Central Institute of Home Science; Sunita Chhapola Shukla of Mumbai Port Trust Hospital and Appavu Alias Balamurugan Subramanian of K. L. N. College of Information Technology.
For the Best Young Entrepreneur Awards, we have Sachin Rajan Kale of Sri Tirupati Engineering Works.
For the Best Lifetime Achievement Awards, there are two finalists widely including Ganesan Ganapathy of Adikavi Nannaya University and Latha K of Anna University (BIT Campus).
The finalist though will be added into the website for the Hall of Fame had also been personally visited by a committee of the member(s) to validate and ascertain the documents submitted by every individual and institute. Always ASDF Global Awards aims at finding the right person after proper authentication and awarding them. The President of Global Awards has assured that the same trust and reliability of the Global Awards will be the primary motto and the same will be adhered with.
Widely closing the committee along with the International Secretary of ASDF K. Kokula Krishna Hari and ASDF President (Incumbent-India) Gunasegaran Sengodan gave an open call for all the public to be as a part of this Global Awards and witness the victory of people on 30th December, 2017 at Holiday Inn Resorts Goa, Goa, Republic of India. Along with the President of ASDF Global Awards the Global President of Techno Forum Group S. Prithiv Rajan, Julie Rue Bishop, Daniel James, Rajkumar Sugumaran, Saikishore Elangovan, Manikandan Ayyapan, Kemplong Municief and other members were present.

Asociation of Scientists, Developers and Faculties aims purely in the development of knowledge in all the means of the sharing the knowledge among the people and enhancing the wide research capabilities of the individuals. Criteria for being a member of this society is highly relaxed so that even the members around the average line could be as a member and share their views on a particular concept or technology.

ASDF is a Professional Body which approves members after reviewing the case by case. Offering free of charge a membership will be good for holding the name, but to note it down the actions of the society will not be up to the mark. ASDF is a not for profit autonomous International Research Organisation and learned society focusing on improving the quality of Research Globally.

ASDF organises International Conferences, Workshops, Seminars and Symposia’s where the platform for sharing the knowledge among the people will be facilitated. ASDF also provides Technically Sponsorship and Technical Co-sponsorship for various Conferences held by various organisations and institutions. There are various grants available for the members.

12-16-2021 | Advertising, Media Consulting, …
Eastfield Place
AMTD DigFin Innovation Awards 2021: Banking & Payments - Company Awards
Introduced in 2021, the AMTD DigFin Innovation Awards celebrate excellence in achievements and solutions in banking (both corporate and consumer), payments and capital markets. The DigFin awards are the ultimate prize for firms in digital finance serving Asian users. Winners of this Banking & Payments Company Awards include Amar Bank, HSBC, Acqra and Nium. https://www.digfingroup.com/awards/2/ 15 Cameron Rd, Tsim Sha Tsui, Hong Kong DigFin from Digital Finance Media Limited is a Hong
07-26-2017 | Advertising, Media Consulting, …
Afaq Group
JFEX AWARDS 2017
Dead Sea Beach Lounge Gala Dinner 18 OCTOBER 2017 Amman, Jordan JFEX 's Awards annually event for Excellence cover more than 35 global FX product categories. The best-in-class awards in the region and the best companies in close to 35 countries. The full results will be announced in the big night. The prestigious international FX companies that specializes in FX, CFDs, ETFs, stocks,
07-19-2017 | Industry, Real Estate & Constr …
Ambius
AMBIUS BREAKS RECORD WITH 25 AWARDS AT INTERNATIONAL PLANTSCAPE AWARDS
READING, Pa. (July 18, 2017) – Ambius, the global leader in interior landscaping, was honored with 25 awards at the 2017 International Plantscape Awards Celebration at Cultivate ’17. The Awards ceremony was held on Sunday, July 16 at the Greater Columbus Convention Center in Columbus, Ohio. The company’s 25 award wins break its own record for wins by a single firm, which it previously set with 17 wins at Cultivate
04-03-2017 | Advertising, Media Consulting, …
Awards and More
Awards and More Is Exited To Declares New Awards and Trophies
Trophies and plaques have already been the indicating recognitions as well as great achievements for several years now. These have been common scenes on company events, awarding events, recognition programs and so forth. Obviously, award giving entities or even individuals may wish to ensure that just the finest trophies as well as plaques will be presented to recipients. Awards and More now provides superior quality custom trophies as well as
02-28-2017 | Advertising, Media Consulting, …
Clean Design
CLEAN DESIGN WINS NINE AWARDS AT 2017 AMERICAN ADVERTISING AWARDS
RALEIGH, N.C. (FEBRUARY 27, 2017) – Clean Design, an award-winning branding + advertising agency, today announced that it was honored with nine awards at the 2017 American Advertising Awards (ADDYs) presented by the Triangle Advertising Federation on Feb. 16 at the Durham Armory. The agency won for diverse work across five clients, including Carolina Ballet, Clean Publishing, UNC Kenan-Flagler, Personify, and NC State Alumni Association. For the fourth consecutive year,
07-15-2016 | Industry, Real Estate & Constr …
Ambius
AMBIUS TAKES HOME RECORD-SETTING 17 AWARDS AT INTERNATIONAL PLANTSCAPE AWARDS
10 Designers and One Technician Honored in Nine Categories, Winning over 30 Percent of Awards Presented READING, PA. (July 14, 2016) – Ambius, the global leader in interior landscaping, was honored with an unprecedented 17 awards at the 2016 International Plantscape Awards Celebration at Cultivate ’16 held on Sunday, July 10th at the Hilton Downtown Columbus Hotel in Columbus, Ohio. The awards received by Ambius symbolize the company’s commitment to customer
Comments about openPR
OpenPR is clearly structured and remains true to its principle of confining itself to the essential parts. OpenPR has proven to be a very good and reliable partner to our media agency: Within the shortest time the releases are online and go down well with the media representatives. The success of OpenPR is reflected in the steadily increasing number of press releases. It is good that OpenPR exists!
Ursula Koslik, Director Marketing & PR, F+W Hamburg