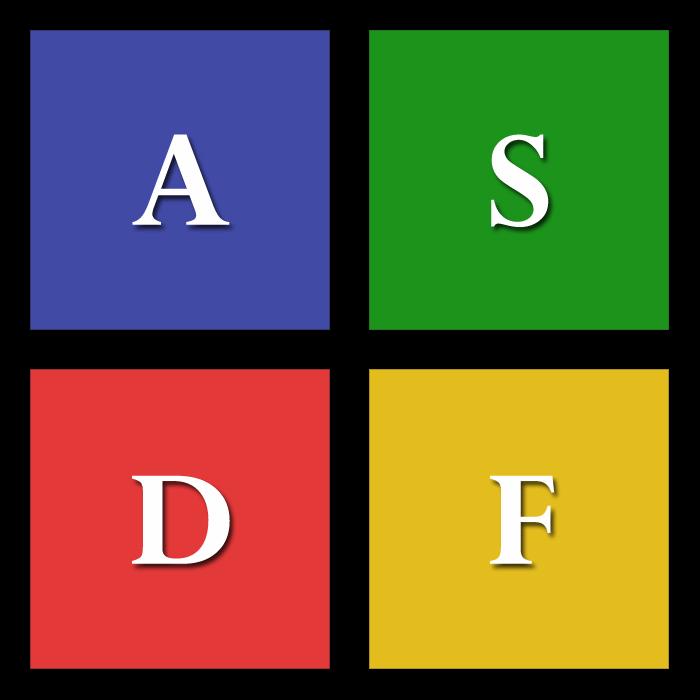 “The 9th ASDF Global Awards 2019 has declared the results of Phase 5 today in a press conference held in Chennai, India. The most awaited results of the ASDF Global Awards are now out by the core members of the Awards Committee and the International Secretary of ASDF jointly for all the 27 award categories.” December 24, 2019 – The Association of Scientists, Developers and Faculties hosts the Global Awards every across the world to identify and markup them into a higher level which could be visualized into a more important standard. The year long’s suspense is now out after various degrees of ascertaining of documentation, qualification eligibility and multiple factors. The narrowing was done at multiple levels bringing out the 11578 nominations to 15. The Association of Scientists, Developers and Faculties (ASDF International), an International Organization fostering Research and Development hosts the Global Awards to recognize people from the micro-level to a greater macro level. This is extended across the Globe to choose the best out of all. The team headed by Dr. Arulmurugan Vadivelu, President of ASDF Global Awards 2019, the outright task began in February 2019 with an open call for the nomination of the ASDF Global Awards. With back support from Dr. K. Maran, Vice – President – Academics who is the Director of Management Studies of Sairam Institute of Management Studies; Dr. Rajkumar Sugumaran, Vice – President – Industry who is the Senior Advisor of Techno Forum Group and Dr. C. V. Jayakumar, Vice – President – Research & Bodies who is the Principal of Agni College of Engineering & Technology and winner of the Best Dean of the year 2012, the entire process was influentially into the track. In line with the previous years, ASDF has done an extraordinary job of handpicking the right ones on all the verticals. Certain categories were nominated, but on the rigorous process of choosing the right one, most of them were out of the track. The categories of ASDF Global Awards may comprise the following nominees at the end of the Phase 5 nominations. For the Best Academic Researcher Awards, there are 4 finalists which include C T Manimegalai Murugesan of SRM Institute of Science and Technology, India; Sivarajasekar Natesan of Kumaraguru College of Technology, India; Eswari Beeram Hemanth Kumar of Sree Vidhyanikethan Degree College, India; Abhinav Vinod Deshpande Vinod Raghunath Deshpande of Vellore Institute of Technology (VIT), India. For the Best ASDF Student Awards, we have Sagar Gawande Mukundrao of Institute of Chemical Technology, India. For the Best Professor Awards, there are 3 finalists which include Naresh Kumar Samy of Universiti Malaysia Kelantan, Malaysia; Jian Song Zihe Song of Tsinghua University, China and Mahesh Hedau J S Hedau of Shivaji Science College, India. For the Best Scientific Researcher Awards, there are 2 finalists which include Esakki Muthu S of Karpagam Academy of Higher Education, India and Debnath Bhattacharyya Champa Bhattacharyya of Vignan’s Institute of Information Technology, India. For the Best Lifetime Achievement Awards, we have Arunkumar Gopal of Sathyabama Institute of Science and Technology, India. For the Best Computer Science Faculty Awards, there are 3 finalists which include J Naren of SASTRA Deemed University, India; Vimal Jerald A of St. Joseph's College, India and Nidhya R R of Madanapalle Institute of Technology & Science, India. For the Best Academic Administrator Awards, we have Amutha Soundrapandian of Suguna RIP V Matric Higher Secondary school, India. The finalist though will be added into the website for the Hall of Fame had also been personally visited by a committee of the member(s) to validate and ascertain the documents submitted by every individual and institute. Always ASDF Global Awards aim at finding the right person after proper authentication and awarding them. The President of Global Awards has assured that the same trust and reliability of the Global Awards will be the primary motto and the same will be adhered with. These Global Awards has been happening consecutively for the 9th Edition annually. Widely closing the committee along with the ASDF President (Incumbent-India) Gunasegaran Sengodan gave an open call for all the public to be as a part of this Global Awards and witness the victory of people on 30th December 2019 at Chennai, India. Along with the President of ASDF Global Awards, the Global President of Techno Forum Group S. Prithiv Rajan, Julie Rue Bishop, Daniel James, Kokula Krishna Hari Kunasekaran, Rajkumar Sugumaran, Saikishore Elangovan, Manikandan Ayyapan, Kemplong Municief and other members were present. RMZ Milenia Business Park,, Unit 602A, Phase 2, Campus 4B, Level 6, No 143,, Dr. M.G.R Road Kadanchavady,, Perungudi, Tamil Nadu 600096 admin@asdf.res.in Asociation of Scientists, Developers and Faculties aims purely in the development of knowledge in all the means of the sharing the knowledge among the people and enhancing the wide research capabilities of the individuals. Criteria for being a member of this society is highly relaxed so that even the members around the average line could be as a member and share their views on a particular concept or technology.

07-26-2017 | Advertising, Media Consulting, …
Afaq Group
JFEX AWARDS 2017
Dead Sea Beach Lounge Gala Dinner 18 OCTOBER 2017 Amman, Jordan JFEX 's Awards annually event for Excellence cover more than 35 global FX product categories. The best-in-class awards in the region and the best companies in close to 35 countries. The full results will be announced in the big night. The prestigious international FX companies that specializes in FX, CFDs, ETFs, stocks,
07-28-2016 | Science & Education
EdProcure
The best local schools awards
We often get asked what are the best local schools in a particular area and the reasons why a certain school is better than another. So, we thought we would put this question back to our website users and find out what they thought of their children’s schools and what made them the best local schools. After a few weeks of collecting data we collated the information and
06-20-2016 | Industry, Real Estate & Constr …
Rethinking The Future
RTF Sustainability Awards 2016
RTF Sustainability Awards 2016 Re-thinking The Future (RTF) was born from the idea of creating a new window on international trends in architecture and design that looks on to radical solutions for the present day problems facing the domain. RTF is a hub of services for architecture and design. RTF is working to develop an architectural language that would ‘sustain’ and ‘survive’ the impacts of new age challenges, and evolve into
12-19-2012 | Arts & Culture
Horror News Network
2012 Horror Comic Awards
For Immediate Release: 2012 Horror Comic Awards Are Here It's that time of year again! Time for the original fan based awards dedicated solely to HORROR COMICS. The 2012 ComicMonsters.com Horror Comic Awards are back. Our staff of horror comic experts selected their top picks for 2012, and now it's time for YOU, the fans to vote for the best. Voting is open from December 19, 2012 – December 30,
05-04-2011 | Industry, Real Estate & Constr …
Zünd Systemtechnik AG
Zünd receives multiple awards
Altstätten, Switzerland (May 2011). „Top Product Award 2011“ and EDP Award 2011 „Best Workflow Management Solution of the Year“ are two awards won by the Zünd G3 Cutter and Zünd Cut Center Software respectively. Top Product Award 2011 Every year the American magazine Wide-Format Imaging presents Top Products Awards for breakthrough products that have caused a great deal of excitement in the industry and proven to be a valuable asset to wide-
12-12-2007 | Advertising, Media Consulting, …
Earthbound Media Group
EMG Sweeps MarCom Awards
IRVINE, CA – With the fall awards season coming to a close, Earthbound Media Group’s (EMG) innovative efforts continue to generate some high visibility payoffs. In addition to receiving honors earlier this fall from the W3, Davey and Interactive Media Awards, EMG is proud to announce its biggest win yet with a series of distinguished honors awarded by the 2007 MarCom Awards. EMG won the show’s highest honor for the cross-media
Comments about openPR
OpenPR ist the nicest and most clearly laid out PR platform I have seen to this day. The press releases are displayed very nicely and clearly and without any unnecessary frills. The updates are fast and the finished release looks appealing and is clearly legible. Even with 16 years of experience one discovers new things from time to time. Congratulations!
Gabriele Ketterl, Director Marketing & PR, Menads