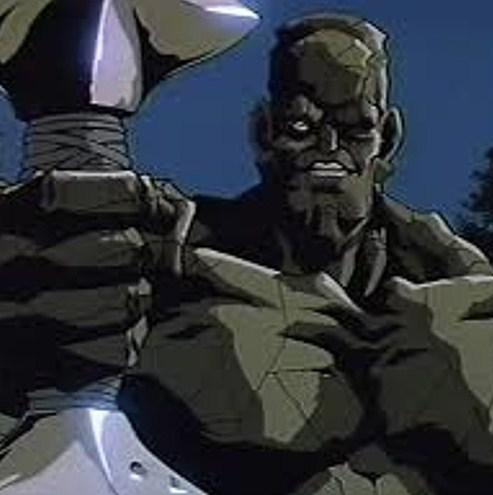 Hip hop music has always catered good audiences for its energetic beats. Only a few artists have gained good recognition in this particular genre. However, Jon Rawls is another added name in this field and this singer wants to entertain his audiences with more new releases. Jon Rawls has launched another new musical blast and he has named it as “Bare Witness”. The music consists of a soothing rhythmic blend. The touch of emotions and feelings are worth praising. If edgy music really steals away your heart, then add “Bare Witness” in your music playlist. You will definitely love playing this music in repetition.The music is perfectly accompanied with brilliant rapping style. There is a presence of lyrical prowess in his tracks and “Bare Witness” is not an exception. In this track, the soundscape has evolved with excellent musicality of the singer. Jon Rawls has started his journey long back at a very tender age. Gradually, he has realized his passion for singing. Later, he has released loads of hip hop tracks and released them in soundcloud. Today, Jon Rawls’ voice is praise to be the most attracting one amongst the other musicians. “Bare Witness” represents a fusion of nostalgic dance vibes. The songs of Jon Rawls are not only ear-soothing, but also, they are comprised of something very new and groovy.The repetitive riffs of “Bare Witness” will overwhelm your mind. The lyrical prowess is really very catchy. The subtle and bold texture music is perfectly tuned with those repetitive riffs. Jon Rawls has received good notoriety for this strong release. Refreshing tune, cheerful track and rhythmic approach – everything is perfectly placed in their own area. This young star is an inspiration for the new singers in hip hop industry. Jon Rawls dreams to be named after the top singers in the music industry.Visit Now: https://soundcloud.com/jonrawls/bare-witnessat Music Promotion Club have helped various artists, musicians, lyricists and many others with Soundcloud Promotion. To promote your music and get an entry into the esteemed music industry, soundcloud promotion is very effective.We manually do all the Promotions via our dedicated team and guarantee you to be able to show results after an week of promotion.Music Promotion Club India West Bengal Kolkata- 700040 5/10 A Netaji Nagar info@musicpromotion.club

09-06-2017 | Leisure, Entertainment, Miscel …
Music Promotion Club
"DITC Thick Remix" by Jon Rawls is witnessing greatness on Soundcloud
Earlier hip hop and rap was an aggressively engineered, recorded, and performed music genre. But now, it is smoothly produced and created by several artists across the world. However, there are some that still use aggression and profanity, but it is lesser now. Even the subtlest songs have some elements of extremely compressed screams. However, to witness a completely different style of hip hop and rap, fans must listen to
09-16-2013 | Fashion, Lifestyle, Trends
GOGO Music
Ralf GUM feat. Jon Pierce & Kafele – Never – GOGO 059
GOGO Music keeps at it with this stunning and real heartfelt song titled ‘Never’, which gave Ralf GUM’s album ‘Never Leaves You’ its name. Featuring Chicagoan crooner Jon Pierce and Kafele on trumpet and background vocals, the song received much praise since the long-player was released. Finally it receives its single release with remixes by no one less than the legendary Louie Vega. Ralf GUM is arguably one of the
12-20-2011 | Health & Medicine
AKW
AKW Announce partnership with Paralympic athlete Jon-Allan Butterworth
AKW, the market leader in daily living and showering solutions for independent living, has announced an exciting sponsorship of Paracycling athlete Jon-Allan Butterworth during his Paralympic campaign. Over the next 12 months the talented athlete will be working with AKW to spread its message of inclusive living, in addition to endorsing the importance of independence through new products and solutions. As part of the sponsorship, AKW will launch a local CSR
11-18-2011 | Arts & Culture
Light Space & Time Online Gallery
Jon Holiday Chosen for the Light Space & Time Artist Showcase
Jupiter, Florida - November 16, 2011 -- Light Space & Time Online Art Gallery announced today that Jon Holiday was chosen for the Gallery’s Artist Showcase. For the last 26 years, Jon Holiday has been the owner and operator of Image One Media in Fort Worth, who specializes in photography, video production, and audio-visual presentations. Jon has been taking pictures since he fell in love with photography when at
11-09-2011 | Health & Medicine
Global Medical Imaging
Global Medical Imaging appoints Jon Perry as Chief Executive Officer
The Board of Directors of Global Medical Imaging (GMI) announced the appointment of Jon Perry as the new Chief Executive Officer effective November 1, 2011. Perry began his career with General Electric. During his twelve-year tenure, he served initially in the Manufacturing Management Program and later as a manager in both Medical Systems and Industrial Systems. Perry also held leadership positions in sales, operations, and services at Okuma America
09-30-2010 | Sports
Sanderson & Associates
Extra Innings Scores a Home-run with Jon Cahill
(Middleton, Mass.) --- Extra Innings, the nation’s premier indoor baseball and softball training facility, is proud to announce Jon Cahill as Director of Baseball Operations for their Middleton, Mass. facility. Hailing from nearby Peabody, Mass., Cahill brings significant experience from college and minor league baseball to Extra Innings. Cahill played four years of college ball at the University of Massachusetts – Lowell, and was later signed by the Anaheim Angels
Comments about openPR
We publish our press releases on openPR.de because we like people who are "open" - just like us.
Frank Obels, CEO, INCONET - Informationssysteme, Communication und Netzwerkberatung GmbH