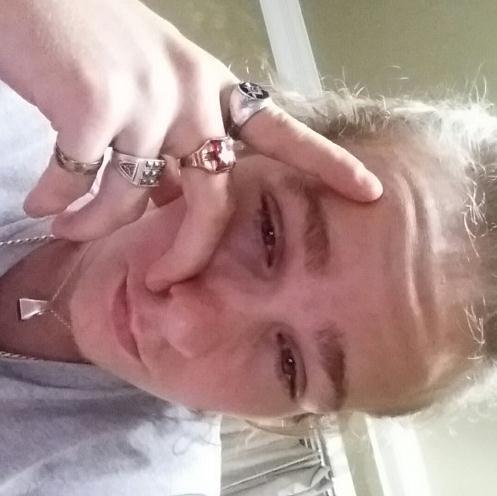 Hip-hop has played a great role in Houston Blake’s profession. Since a very long time, he is trying to make a mark with his fresh music. He has dropped many music and they have received huge acclaim. Now, one of his fresh releases “Truth” is doing rounds on SoundCloud. Hip-hop has been commanding the world of music for a long time and Houston Blake has shown his creative art of music through “Truth”. He weaves his hip-hop music in a distinct way and it makes him apart from other artists. He is generally famous for making music that is rich in realism but now his focus shifted to romanticism. You will get to notice that in his “Truth”. The limited assimilation of musical instrument is greatly done. Since hip-hop is that genre which gives importance to the rapping and the lyrics. Houston Blake too has followed that craze in his music. He belongs from the very place California and his great passion for music has given him the ability to come out with brilliant composition. He has realized his potential of making music and has worked more on it and now he is a famous name. The controlled way of his music is really awesome. He got his inspiration from Akon, Kanye West which has helped him to develop into the most stylish artist. His free-spirited style of music is majestic and you will fall for his quintessential music. The trendy rhythm and the synchronized tune modulation will create an effective impact on you. The artist’s vocal and the wide ranges of music he has accompanied will make you happy. Besides this particular song, he has also done some other music. They are “Plug”, “With Me”, “Ranger Up” etc. SoundCloud will help you to witness his mesmeric tune.Enjoying this track, please visit this link : https://soundcloud.com/mrhoustonblake/truthWe at Music Promotion Club have helped various artists, musicians, lyricists and many others with Soundcloud Promotion. To promote your music and get an entry into the esteemed music industry, soundcloud promotion is very effective.We manually do all the Promotions via our dedicated team and guarantee you to be able to show results after an week of promotion.Music Promotion ClubIndia West Bengal Kolkata- 700040 5/10 A Netaji Nagarinfo@musicpromotion.club

03-01-2021 | Business, Economy, Finances, B …
Houston Party Time Rentals
Houston Party Time Rentals - providing bounce houses in Houston
Houston Party Time Rentals are providing bounce houses and party entertainment in Houston, Cypress, Sugar Land and surrounding areas. The company has been involved in inflatable rentals for many years and is ready to provide fun and entertainment to the people of Texas during 2021. With the last year seeing party rental companies struggle, Houston Party Time Rentals is eager to hit the ground running next year, and has reinvested in its
11-12-2012 | Business, Economy, Finances, B …
Hurricane Grill & Wings
Hurricane Grill & Wings Announces Houston Development
Award-Winning Wing Restaurant To Add Five New Restaurants In Texas WEST PALM BEACH, FL (OCTOBER 30, 2012) – Hurricane Grill & Wings is excited to announce a new development agreement, adding five new restaurants to the Houston area. Currently, the island-inspired restaurant has over 48 locations in eight different states. Hurricane Grill & Wings has one other Texas location in San Antonio that has achieved enormous success since its opening in
08-16-2011 | Business, Economy, Finances, B …
ColorTyme
Franchisees open second ColorTyme in Houston
HOUSTON – Aug. 15, 2011 – Just three months after opening their first rent-to-own store, owners Mike Do and David Rogers have added another ColorTyme to the Houston area. The new location will offer rent-to-own appliances, electronics and furniture to residents in the city’s southwest region. “We are thrilled to open another ColorTyme in Houston. After the successful opening of our store on 1808 Wirt Road, we wanted to extend the
03-07-2011 | Business, Economy, Finances, B …
Atlas Truck Sales, Inc.
Houston Company Supplies Bucket Trucks Nationwide
Houston, TX March, 2011. Bucket trucks are useful in many projects, including mechanical contracting, work with electric utilities, sign campaigns, lighting maintenance, tree trimming, and other high load services. These heavy duty vehicles allow for high lift bucket applications, as well as short reach applications. Atlast Truck Sales, Inc. is drawing attention because of their ability to provide Bucket trucks, and other work vehicles, to contractors all
02-16-2011 | Business, Economy, Finances, B …
Atlas Truck Sales, Inc.
Houston has Trusted Source for Digger Trucks
Houston, TX February, 2011. Atlas Truck Sales, Inc., has been a local favorite since its opening over 20 years ago, in 1989. The business is family owned and operated, with Tommy Corbin currently acting as operations manager. Corbin takes a lot of pride in running this business, personally handling each transaction from start to finish in the hopes of creating a repeat customer. This personal
04-16-2010 | Politics, Law & Society
Gardere Wynne Sewell LLP
Rubin Joins Gardere As Houston Corporate Partner
HOUSTON – Gardere Wynne Sewell LLP announced today that Steven D. Rubin has joined the firm as a partner in the Houston office. Mr. Rubin, who joins the Corporate Practice Group, represents private equity clients, handling mergers and acquisitions and securities transactions. His clients include those in the energy, healthcare, telecom and financial services industries. He also has extensive experience in cross-border transactions, particularly for Mexican issuers. Mr. Rubin joins Gardere
Comments about openPR
We publish our press releases on openPR.de because we like people who are "open" - just like us.
Frank Obels, CEO, INCONET - Informationssysteme, Communication und Netzwerkberatung GmbH