“Get it Back!” by Papi Versace is surprising fans with its hip hop and rap element 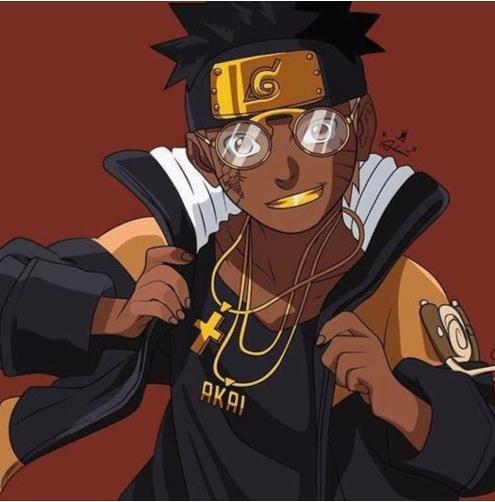 Hip hop and rap music have typical tunes that are surprisingly recognizable. The origin of this genre was back in the 1970s, but it has gained its importance after a long time. Earlier, it was looked down upon, but now it has evolved from its genre and became an absolute classic. If you are a fan of this music genre, you must listen to Papi Versace. He has recently launched his iconic new song – “Get it Back!” It has a superb collection of various tunes and musical instruments. The song showcases Papi’s abilities as a lyricist, composer, rapper and singer.The song is produced by PapiVer$ace and has a repetitive structure and changing emotions. The fairly calm introduction of the song will guide you to listen to the whole piece. The pace kickstarts after the introduction is over and offers passion and power to the performance as well as the music. The high pitch and delicacy of the hooks make it a memorable yet strong track that is bound to captivate its audiences. Vocal of Papi Versace mesmerizes his audiences and adds immense strength to the song. If you were waiting for a total mind-blowing hip hop and rap track, listen to “Get it Back!”The highly energetic and club-ready track packs a relevant punch in the song. The track is superb and builds the musical with creativity. If you are not interested in a flashy soundscape, listen to “Get it Back!” by Papi Versace. The pace of the song is medium while it has expressive rhythm. To grab the strength of writing with a passionate performance, listen to this song. It has a great tune and represents music in its truest form. Papi believes in real art and respects all forms of music genres though he is into hip hop and rap. Fans can connect and follow him on Facebook, Twitter and Instagram.For listening this amazing Rap track, please visit below the link : https://soundcloud.com/papiversacce/get-it-back-prod-by-papiveraceWe at Music Promotion Club have helped various artists, musicians, lyricists and many others with Soundcloud Promotion. To promote your music and get an entry into the esteemed music industry, soundcloud promotion is very effective.We manually do all the Promotions via our dedicated team and guarantee you to be able to show results after an week of promotion.Music Promotion ClubIndia West Bengal Kolkata- 700040 5/10 A Netaji Nagarinfo@musicpromotion.club

You can edit or delete your press release “Get it Back!” by Papi Versace is surprising fans with its hip hop and rap element here

05-15-2018 | Leisure, Entertainment, Miscel …
Music Promotion Club
Papi Versace Shows his Incredible Work with Rhythm in the Brilliant Song 'Juice! …
Papi Versace is an incredible star who sings and composes rap music and you will like his songs. He has recently made the music “Juice!”. The intelligent kind of rapping will stay for long on your mind. The rapid kind of penetration with music will get you to the mood to party. The pleasant kind of beat he has charmed people with is really interesting. The positive kind of vibe
01-08-2018 | Leisure, Entertainment, Miscel …
Music Promotion Club
Papi Versace Masterpiece "Vince Carter!" Has Nailed It on SoundCloud
Hip hop and rap artists and composers come up with their music pieces not only to make them popular in the industry. They create music for people to connect with them and make them aware of what’s happening within a society. The genre has always been associated with controversies for dealing with raw and explicit themes be it sexuality or drugs, violence and inner city truths. It is that genre
01-03-2018 | Leisure, Entertainment, Miscel …
Music Promotion Club
“Vince Carter!” By Papi Versace Has The Electro Beat Which Is Really Amazing
Hip-hop is one of the genres whose worth is increasing day by day. The famous rap artist Papi Versace is making hit songs. One song which is doing rounds on SoundCloud is “Vince Carter!” It is one hip-hop song which is done keeping in mind the name of a famous basketball player, Vince Carter. Every American loves playing and basketball is one of their favourite and this star is really
12-27-2017 | Leisure, Entertainment, Miscel …
Music Promotion Club
Papi Versace’s Epic Track “Vince Carter” Continues to Appeal soundCloud Li …
Not every hip hop and rap track portray the struggle and the tuff history of the Afro-Americans neither there are artists who come up with hip hop tracks that are purely contemporary. No matter an artist tries old school styles or goes bizarre with new school hip hop, the charm of the genre must sustain. One soundCloud artist whose tracks deliver the essence of both old school and new wave
12-12-2017 | Leisure, Entertainment, Miscel …
Music Promotion Club
“Vince Carter!” By Papi Ver$Ace Is A Captivating Rap Celebrating The Basketb …
In the music industry, hip hop and rap has made a special place. The rhythm and tunes of hip hop music is known to boost fans. Currently, more and more people are getting associated with hip hop and rap, amongst which Papi Ver$ace deserves a special mention! This musician is changing the hip hop genre with new style of music making fans pump up their adrenaline and moods. His latest
12-09-2017 | Leisure, Entertainment, Miscel …
Music Promotion Club
Release Your Pain By Hearing The Song “Get It Back” By Papi Versace
If you and your friends are diehard fans of hip-hop, then you will like the song “Get it back” by Papi Versace. The music is thrilling because of the nice utilization of different music and the energetic beat. His hard-hitting lyrics with the fascinating rhythm will make you enchanted. You can describe him as one of the best rappers and the incredible flow of music has accumulated many fans.
Comments about openPR
OpenPR ist the nicest and most clearly laid out PR platform I have seen to this day. The press releases are displayed very nicely and clearly and without any unnecessary frills. The updates are fast and the finished release looks appealing and is clearly legible. Even with 16 years of experience one discovers new things from time to time. Congratulations!
Gabriele Ketterl, Director Marketing & PR, Menads