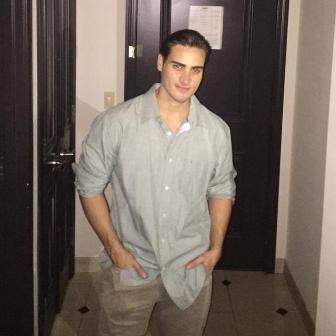 Alternative rock came into the music scene before three decades and is still widespread. It is one genre that is evolving its roots and continually becoming big. This music genre formed from independent underground music and represents a generation of musicians unified by their unique music styles. With times changing, word of mouth has elevated its prominence in the music industry. As a result, more and more musicians are making music under alternative rock. One such fine musician is John Catapano – he is rocking Soundcloud with his amazing musical talent. He sings under the label – “Catapano”, and is making impactful music.John is a fairly new artist in Soundcloud, but has years of experience of creating music. His recorded collection has some of the great songs that are getting huge accolades. The songs he creates have a unique fusion of alternative rock with his independent tunes. One of the best parts of his songs is the music that is peppy yet filled with an expression. Catapano belongs from Long Island, New York, USA. The popularity of his music is due to the superb vocal performance that is unpredictable. The music in all his songs are minimal yet magnetic and sways between calm and intense.John Catapano is a singer, songwriter who is playing music for the past five years. He enjoys singing and playing his guitar. There are other musicians who have contributions in making the songs along with him. They are namely – Ryan Rossano (bass guitar) and Michael Catapano (lead guitar). Fans of this super-cool musician can listen to his songs, like – “Tonight”, “The Jump”, “Keep Running” and “No Way Out” available on Soundcloud. These unpredictable set of alt rock songs is sensational and intense with powerful verses. Fans who are interested can connect with John on Facebook and Instagram to know more about him.To check out the all songs of John Catapano, visit the given link: https://soundcloud.com/john-catapanoWe at Music Promotion Club have helped various artists, musicians, lyricists and many others with Soundcloud Promotion. To promote your music and get an entry into the esteemed music industry, soundcloud promotion is very effective.We manually do all the Promotions via our dedicated team and guarantee you to be able to show results after an week of promotion.Music Promotion ClubIndia West Bengal Kolkata- 700040 5/10 A Netaji Nagarinfo@musicpromotion.club

12-13-2017 | Leisure, Entertainment, Miscel …
Music Promotion Club
Rock And Roll With The King Of Alternative Rock – John Catapano
Music is everyone’s best friend to rock and roll, because “rock and roll can never die”. Rock music has always been a popular genre amongst the music lovers. Alternative rock is a sub-genre of rock music. Many artists are inclined towards creating music out of this genre. Because of its grooving nature, it attracts the artists as well as the listeners. One alternative rock artist of this generation is John
Comments about openPR
OpenPR is clearly structured and remains true to its principle of confining itself to the essential parts. OpenPR has proven to be a very good and reliable partner to our media agency: Within the shortest time the releases are online and go down well with the media representatives. The success of OpenPR is reflected in the steadily increasing number of press releases. It is good that OpenPR exists!
Ursula Koslik, Director Marketing & PR, F+W Hamburg