Experience the World Beyond with Leron Thomas’ Diversified Music 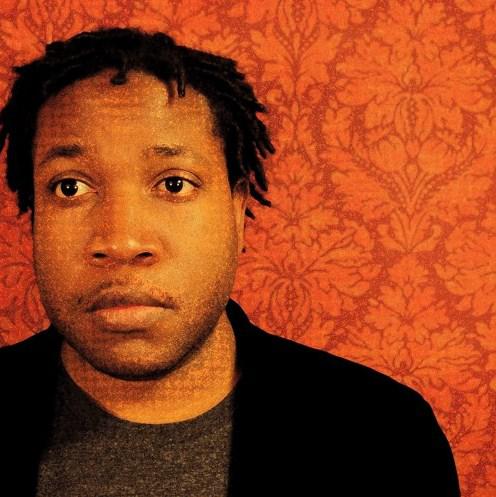 Jazz is a musical genre of elegance. The soothing sound of this genre gives a sense of relaxation and peace to your mind. Leron Thomas is an USA based artist who is mainly into this genre for quite a long time. He is a man of solution in every musical aspect – he can play, he can write and he can sing as well. Being a jazz trumpeter, composer and vocalist, his musical style is appreciated for the “masterful genre-bender” approach. He walked into his professional career of music with many remarkable contemporaries back in 2003. Leron Thomas is enriching the musical site Soundcloud with loads and loads of jazz and electronic music. Dive into his profile to taste the essence of his off-beat vocals and style.Leron Thomas has been performing with many eminent artists since he entered this industry. At the beginning of his career, people noted him as a “promising new arrival.” And he thoroughly proved himself with his awesome bizarre tracks. With time, Leron Thomas diverted himself from making music only on jazz; rather he focused on the creations which can give diversified output to the music lovers. His music has the ‘rhythmic and harmonic complexities’ with ‘sensitive and subtle’ touch in the lyrical part which can powerfully communicate the ‘tenderness and loss’. Back in 2004-2005, Leron Thomas released his first independent album “Dirty Draws Vol. 1” which was admired as an ‘intelligent, casual, a little nuts and completely entertaining’ one. The inspiration from this album pushed him towards making more and more impressive tracks. Soundcloud is loaded with his songs like “IDo”, “Fast And Curious”, “Chinese Bat” etc. Leron Thomas has the ability to sync perfectly with the co-members of his band. His ‘utterly creative’ compositions grab attention of the listeners readily. Experience another world of music with Leron Thomas’ tracks uploaded on Soundcloud. Visit Now: https://soundcloud.com/leronthomasat Music Promotion Club have helped various artists, musicians, lyricists and many others with Soundcloud Promotion. To promote your music and get an entry into the esteemed music industry, soundcloud promotion is very effective.We manually do all the Promotions via our dedicated team and guarantee you to be able to show results after an week of promotion.Music Promotion Club India West Bengal Kolkata- 700040 5/10 A Netaji Nagar info@musicpromotion.club

04-18-2008 | Business, Economy, Finances, B …
People You Need to Know, Inc.
People You Need to Know Launches on iTunes
People You Need to Know, Inc., an Atlanta-based advertising/public relations agency, is now placing client interviews on iTunes (itunes.com). iTunes interviews are posted for dentists, attorneys, real estate agents, physicians and other professionals interested in providing important information to the general public. Listeners gain valuable, up-to-date information on a variety of helpful topics at no charge. Not only are the listeners local, around the city, but also around the
03-04-2008 | Business, Economy, Finances, B …
People You Need to Know
Atlanta’s Top Entertainment Attorney to Grace Cover of People You Need to Know
Leron E. Rogers, a partner in the law firm of Hewitt & Rogers in Atlanta, Georgia, will grace the cover of People You Need to Know, a premier business spotlight publication in metro Atlanta. His firm’s practice areas include business transactions, entertainment law, and business litigation, among other services. Leron heads up the firm’s entertainment, technology and media law practice group and is known throughout the country for
04-03-2006 | Leisure, Entertainment, Miscel …
Play Out Right Now (P.O.R.N.) Recordings
Play Out Right Now (P.O.R.N.) Recordings move to Straight Distribution / Music M …
Play Out Right Now (P.O.R.N.) Recordings the electronic label from Munich will be distributed by Straight Distribution/Music Mail in Stuttgart starting in April 2006. First release will be the "Bring me Home EP" (cat.nr. PORN07) by the dutch progressive duo LeRon & Yves Eaux. CD releases will be distributed by Nova MD, a part of the music mail distribution network. contact details: Label: Play Out Right Now (P.O.R.N.) Recordings Matthias 'Delay' Göbel Müllerstr. 31 80469 München http://www.playoutrightnow.com Tel./Fax.+49
Comments about openPR
OpenPR ist the nicest and most clearly laid out PR platform I have seen to this day. The press releases are displayed very nicely and clearly and without any unnecessary frills. The updates are fast and the finished release looks appealing and is clearly legible. Even with 16 years of experience one discovers new things from time to time. Congratulations!
Gabriele Ketterl, Director Marketing & PR, Menads